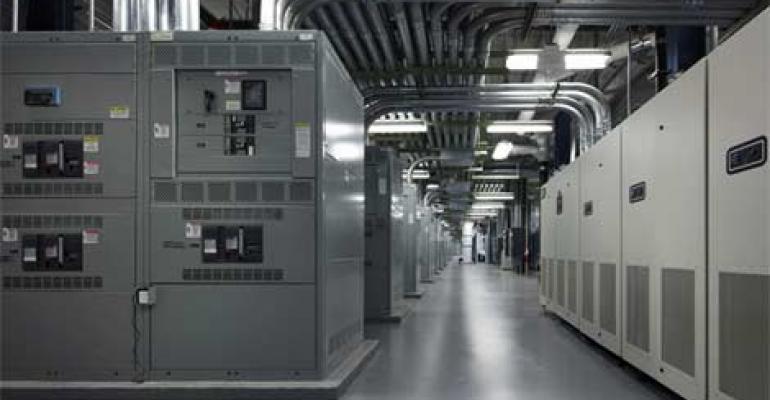 Suppliers who are focused on PDU engineering and production and have the surrounding products to help optimize their PDUs’ performance will prevail and thrive in the years to come, even as the needs of data center operators continue to evolve.

From 2011 to 2015, PDUs and power distribution equipment in general have evolved to accommodate the trend of enterprises outsourcing their data centers to colocation providers, or colos.  PDUs that were commonly in the 75-225 kVA range grew to occupy the 150-300 kVA space.  Over the next two years, 400-650 kVA PDUs became more common, and some colos used even higher-capacity PDUs.

As the colo market grew more competitive, colos began to push for improvements in the total cost of ownership (TCO), footprint/density, CapEx, and speed to market. Today, 1+ MVA PDUs are starting to become more visible in low-voltage distribution architecture in the largest data centers as Original Equipment Manufacturers (OEMs) enable data center operators to enjoy great economies of scale in CapEx and space.

With offerings of PDUs with aluminum and copper transformers companies are guiding customers toward using lower K-factor transformers to lower the price of the PDUs.  In addition, some manufacturers with strong magnetic engineering capabilities are offering PDUs with multi-output transformers, i.e. the output voltage can be changed within minutes as the data center’s customers’ needs change.

To address the needs of customers for greater safety, manufacturers are compartmentalizing low versus high power areas of the PDU. This compartmentalization allows for different arc flash energy calculations to be applied so that maintenance personnel do not have to be as heavily suited-up for certain work that is in the low-power area of the unit.  They are also compartmentalizing distribution breakers or sub-feeds with innovative mechanical and electrical designs to enable greater safety when adding circuits.

The reliability of PDUs has taken on even more importance than in the past; as the stakes go up, the higher the power output of the PDU (more server racks would be brought down by a failure).  OEMs are also putting temperature monitoring into more areas of the PDU than just the transformer to provide early warning of any problems.  They are also putting in infrared scanning windows to enable infrared scans without disrupting operations or requiring maintenance personnel to take any risks. Higher speed to market is more easily supported by vertically integrated PDU manufacturers, i.e. those with in-house transformer engineering and manufacturing facilities.  The ability of such OEMs to translate customer needs into custom designs and ship-ready PDUs has become more pronounced relative to PDU companies that are not vertically integrated due to a shift to a higher kVA in the past few years.

This is because very high-powered PDUs invariably require more custom designs to fit the unique architecture and design of each data center than 75-300 kVA PDUs did. As high-powered PDUs require customization, OEMs must innovate the design of frames and be able to crank out designs in shorter intervals than they can today.  Other innovations that are the “next frontier” include breakers that use new materials and solid-state electronics to almost eliminate arc flash.  But they have to ride the cost curve down before they become economically viable.

What Some Data Centers are Doing in their Architectures

Some very large data centers are considering, or have already implemented, unorthodox architectures in their power distribution.  Examples include:

In some cases, operators have discovered that eliminating PDU transformers contributes to harmonics so they have had to implement reactors to reduce the harmonics. In general, only very large operators with very large engineer staffs would be advised to try radically different power distribution architectures.

How to Select a PDU Supplier

Data centers should look for the following attributes in their PDU supplier: strong in-house magnetics engineering capabilities to help optimize PDUs to fit the design of the data center; vertically integrated PDU OEMs with in-house transformer manufacturing; a track record of high reliability in their transformers and PDUs; a portfolio that includes Static Transfer Switches (STS) for data centers that use primary systems in their architecture; and has its own Branch Circuit Monitoring System to optimize how well it works with the PDU.

While Power Distribution Units have been around for decades, the way they're designed and manufactured is changing to match the needs of state-of-the art data centers.  Suppliers that are focused on PDU engineering and production and have the surrounding products to help optimize their PDUs’ performance will prevail and thrive in the years to come, even as the needs of data center operators continue to evolve.