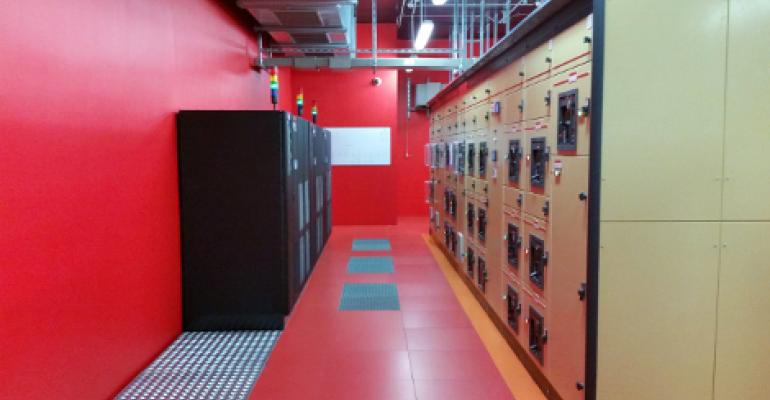 If Software is Eating the Data Center, Power is Its Next Meal

Critical Thinking: The ability to virtualize distribution, storage, and use of power in the data center may finally be gaining traction, but there are still hurdles to overcome.

The concept of the software-defined data center has been bandied around the industry for several years now.

Essentially it refers to the idea that all of the IT infrastructure within a facility -- networking, storage, and compute -- can be virtualized and software controlled.

More recently some progressive industry experts and suppliers have tried to apply the same approach to facilities infrastructure.

For example back in 2013, data center management software specialist Power Assure became one of the first companies to introduce the concept of “software-defined power.”

The company’s CTO, Clemens Pfeiffer, wrote an article for Data Center Knowledge at the time where he outlined the proposition:

Software-Defined Power, like the broader Software-Defined Data Center (SDDC), is about creating a layer of abstraction that makes it easier to continuously match resources with changing needs,” he wrote. “For SDDC, the resources are the servers, storage and networking equipment, and the need is application service levels. For Software-Defined Power, the resource is the electricity required to power (and cool) all of that equipment, but the need is exactly the same: application service levels.

Unfortunately, despite some promise, Power Assure failed to gain sufficient traction and the company went out of business in 2014. As IDC analyst Jennifer Koppy noted at the time, Power Assure was too far ahead of the curve. “I feel like they had a superb idea, but I don’t think the market is ready yet,” she said.

The majority of Power Assure’s IP was acquired in 2014 by a startup backed by Pfeiffer called Tier44 Technologies. Tier44 is continuing to develop Power Assure’s technology and is closely aligned with IT service management specialist ServiceNow.

But while Tier 44 acquired most of Power Assure’s IP, the expression “software-defined power” is now being used by a California-based startup called Virtual Power Systems. VPS’s proprietary Intelligent Control of Energy, or ICE, software is capable of dynamically controlling power distribution in and to racks. The ICE software, in conjunction with power equipment such as UPSs, enables spare, or stranded, power capacity to be utilized resulting in operational and capital savings.

For example, VPS technology enables what the company describes as “dynamic redundancy.” Facilities can replace 2N power architectures, where 50 percent of power is locked into redundancy, with an approach where utilization is closer to 100 percent. This involves using ICE software to dynamically switch racks between 1N and 2N redundancy as required.

According to VPS, by using its technology data center operators can generate between 20 percent and 50 percent more revenue within an existing power and space footprint, avoid between $10 million and $15 million per megawatt of capital expenditures, and reduce annual operating expenses by $1 million per megawatt.

The advanced power distribution and resiliency technologies adopted by some hyper-scalers – including Open Compute Project-style in-rack UPSs – as well as the advanced power management capabilities of some data center infrastructure management (DCIM) tools means there may now be more appetite for the software-defined power technologies VPS has developed.

VPS chief executive Steve Houck told Data Center Knowledge about a partnership that the company recently announced with Schneider Electric. Under the terms of the deal, the latest firmware update of Schneider’s Galaxy VM UPS range will enable the equipment to integrate with VPS’s ICE software.

“We have a very aggressive OEM strategy to embed different components of our software and firmware into industry-standard power components,” he said. “That is the foundation of what will enable the full realization of software-defined power.”

The VPS firmware – which will be released in early December – will enable operators to take advantage of so-called peak shaving. Essentially, energy stored in the Galaxy VM UPS batteries can be used to meet a data center’s peak load requirements.

Houck said VPS is looking to strike similar deals with other power equipment suppliers and more announcements will follow in the coming months. “It is an interesting evolution that the power component suppliers are going through. They are getting more pressure from their customers to solve these issues,” he said. “This will be transformative to the power suppliers’ business. They are looking not to be commoditized. They are looking to solve these issues for their very large customers.”

Although VPS is partnering with some suppliers, its software – and the rack-level ICE hardware it is developing with partners – could prove disruptive to some power equipment makers in the long term. But Houck doesn’t think software-defined power is necessarily bad news for power equipment makers.

“We thought that virtualization was going to completely stall server sales. Now, it had an impact, but at the same time it accelerated migration to high-density blades and hyper-convergence,” he said. “You will see a similar thing happen here… It will greatly alter the way power components are seen and used within the data center.”

VPS has plans to extend its capabilities into IT equipment power management – using technology such as Intel’s Data Center Manager software – and eventually into workload and application management. “As we move into the IT control plane we can actually start serving up information to things like VMware vSphere, Microsoft System Center, and DCIM tools that would allow you to impact application behavior based on power availability, cost, density, and capacity,” said Houck.

VPS is currently in the process of raising an additional $15 million in venture capital that will bring the company’s total funding to date to just under $50 million. Houck believes the long-term potential of software-defined power will be attractive to investors.

“The immediate market of just getting into the software control plane is about $11 billion,” he said.  “But the combined market of software-defined power, both at the component level and once we get into the IT level, will be about $20 billion.”

Industry experts agree that data center power is ripe for disruption. Analysts at 451 Research recently ranked software-defined power as one of the ten technologies they believe could disrupt data centers in the future.

But implementing the kind of advanced hardware and software developed by VPS and others has its challenges. “It is not a trivial thing to do. It requires a number of technology systems to work together… and there is quite a complex return on investment around this,” Rhonda Ascierto, 451 research director, data centers and critical infrastructure, said while speaking at the Uptime Institute Symposium earlier this year.

It remains to be seen if software-defined power technologies will generate the kind of numbers envisioned by VSP. But if the prominent VC Marc Andreessen is right, and software is indeed eating the world, then data center power could prove quite appetizing in the long term.