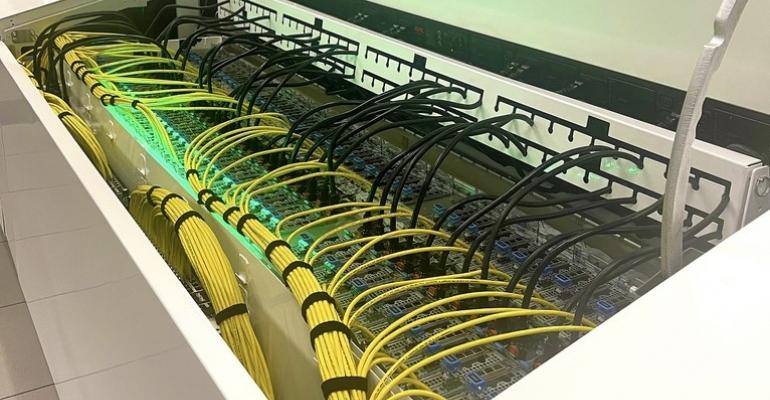 Including $25m from a lubricant manufacturer that wants to move into heat management.

The round was led by SK Lubricants, a subsidiary of Korean conglomerate SK Group that manufactures a wide range of oil products, including dielectric mineral oils that are essential for immersion cooling systems.

SK Lubricants said it aims to “expand its portfolio into a heat management solution provider as a fresh growth driver by using its strength in premium lubricant oil manufacturing.”

The announcement comes at a period of renewed interest in liquid cooling as a way to accommodate increasingly hotter and denser servers required to run new types of compute workloads.

“As the AI, the VR and the self-driving industries are gaining traction, the high-density data center market is expected to grow dramatically,” said Cha Gyu-tak, CEO of SK Lubricants.

“Not only will this equity investment in GRC maximize cooperation between the two companies, it will also help accelerate broader adoption of liquid immersion cooling by data centers and position us to be the first mover in the market, while helping us grow into a liquid-based thermal management solution provider.”

Immersion cooling has all the answers

Immersion cooling enables data centers to support much higher IT densities than what is possible with air-cooled racks – by sinking servers in enclosures filled with non-conductive mineral oil.

The all-in-one nature of the enclosures means they can be deployed in environments not suited for traditional data centers, but it also means that a redesign of the space is required when they are deployed in a typical colocation facility.

Immersion cooling has been around for a while, but the idea starting to gain more traction, among with other approaches to liquid cooling – like direct-to-chip water cooling, and two-phase cooling.

Established more than a decade ago, GRC has become one of the most recognizable brands in immersion cooling. Today, the company is collaborating with Intel to test the safety and reliability of this tech, and optimize system performance of immersion-cooled racks powered by Xeon Scalable processors.

Simultaneously, GRC is working with HPE to integrate ProLiant and Apollo servers with its ICERaQ cooling systems.

The latest round brings the startup’s total funding to $43 million.

“We’re delighted to partner with SK Lubricants, and this most recent investment will allow us to expand the important work we are doing to future proof the cooling infrastructure of data centers globally,” said Peter Poulin, CEO at GRC.