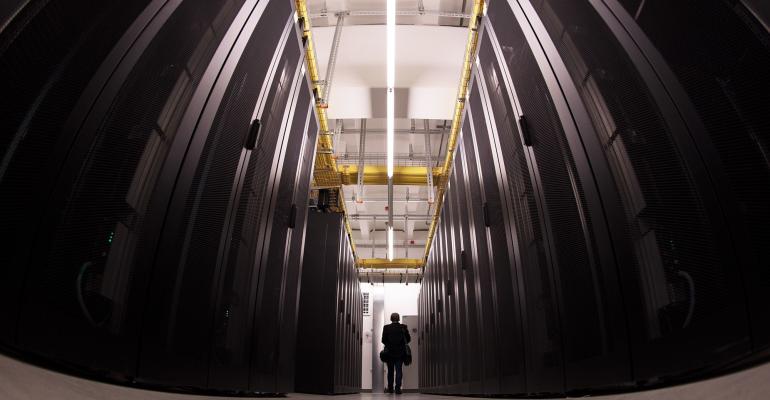 Germany Wants to Reuse Data Centers’ Heat. No One Is Buying It

(Bloomberg) -- Germany wants to force its power-hungry data centers to harness excess heat for warming residential homes — an effort which the industry warns is likely to fall flat.

The country has become one of the largest global hubs for data centers thanks to its clear data protection and security laws. Politicians are now trying to re-purpose some of their controversial excess heat to improve efficiency in light of the energy crisis.

While in theory an innovative way to reduce the industry’s immense carbon footprint, experts have pointed to a flaw in the government’s proposal expected to be passed this month: potential recipients of waste heat are not being compelled to take it.

The warm air expelled by server farms isn’t nearly as hot as that required by most district heating networks. That means any utility they partner with must invest in heat pumps to bring the air to usable levels, further ramping up costs and power usage.

“Data center operators are mostly ready and willing to give away their waste heat,” according to Ralph Hintemann, senior researcher at the data center lobby group Borderstep. “The challenge here is finding someone who can use that heat economically.”

What’s at stake for Europe’s largest economy is that it either risks scaring off IT investments and slowing its efforts to digitize, or falling behind on climate goals. The energy efficiency law being prepared by the government aims to save some 500 terawatt-hours of energy by 2030 — pegged in part on a requirement to reuse at least 30% of a new data center’s heat by 2025.

A spokesperson for Germany’s Economy Ministry said the new draft will contain “significantly less bureaucracy” once it has been completed.

One project in the country’s financial hub Frankfurt demonstrates that while niche cases can work, it will be challenging to reach those goals.

The “Westville” residential quarter is due to complete construction by mid-2025. Its 1,300 apartments will be heated in large part by warmth from a nearby server farm, saving carbon emissions equivalent to about 200 combustion-engine cars per year.

But the regional energy provider participating in the collaboration — Mainova AG — said that proximity played a key role in the project. The new development is located only 500 meters away from the data center operated by Telehouse Deutschland GmbH.

It’s a lot more difficult and costly when data centers are located further away, and more so to send waste heat to district heating grids.

“The gap in the temperatures is way too great,” said Béla Waldhauser, CEO of Telehouse. Feeding it into the district heating network “doesn’t make ecological or economical sense.”

Mainova has been slow to commit to similar projects, and Germany’s Association of Local Public Utilities argues that using low-temperature heat “is more complex and expensive.”

The government’s proposal suggests new data centers in the future might preferably settle in places where they can find a nearby recipient for the new heat, such as next to public swimming pools. It also says operators should consider the construction of local heating networks, the provision of heat pumps and the corresponding electrical system. 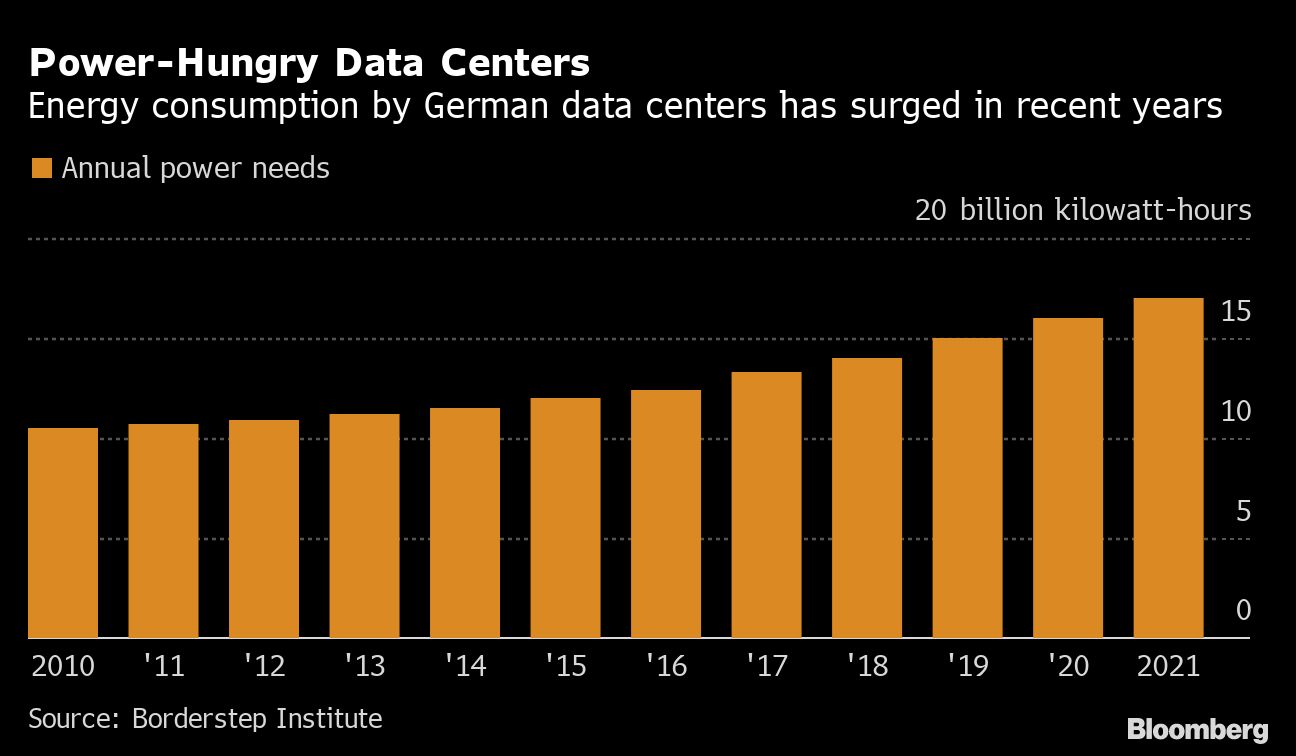 For the 200 new data centers that are opened annually in Germany, those infrastructural updates could cost over €680 million, the Economy Ministry draft estimated, though those numbers are still under review. Assuming they manage to find off-takers, they could rake in €730 million over an operating time of about 20 years, it says.

“We’re ready to finance a lot of this,” said Anna Klaft from the German Data Center Association. But she says that doesn’t mean “everything should be shunted off onto this sector.”

One way forward could be to give utilities reasons to share the burden. Oliver Wagner, Co-Chair for energy policy at the Wuppertal Institut, says the government should consider obliging heat suppliers to take in some of the waste heat, just as grid operators were once forced to take in renewable power, a move that helped the industry take off.

Data centers can also do their part to make reuse more economically viable, for instance by switching to new cooling technologies that allow waste heat to remain at higher temperatures, according to the Borderstep Institute.

But if the law comes to fruition without significant changes, some worry data centers will face unsurmountable obstacles.

“It could be the case that data centers will not have a home in Germany in the future,” according to Alexander Rabe, chairman of Germany’s Association of the Internet industry.