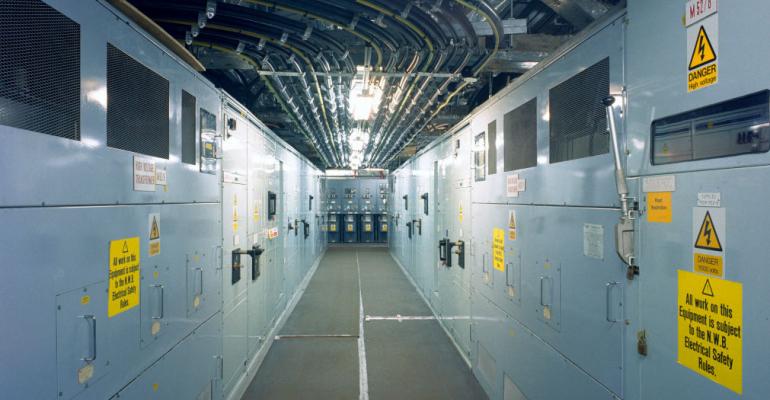 The global data center services giant embraces the startup’s unique technology, saying it’s been “validated” and “solves a real problem within our client base.”

Suppose you had the capability to provision and distribute electrical power like a fluid commodity, entirely at will, to wherever it’s needed in your data centers. That’s the practical objective of Virtual Power Systems and a capability its recently announced partnership with the real estate and facilities provider CBRE Data Center Solutions promises to bring to CBRE’s many data center clients around the world.

It’s a concerted effort to insert electricity as an element of hyperconverged infrastructure.

Related: If Software is Eating the Data Center, Power is Its Next Meal

“Intel defined where you’ve taken compute, storage, and network, and created an abstraction layer that allows them to run independently,” Dean Nelson, Virtual Power’s CEO, told DCK.  “The whole point of that is to drive utilization and efficiency up… They’re shared systems that allow you to orchestrate, via software, to achieve the same availability and performance, but you’ve moved from dedicated resources to virtual resources that allow you to optimize.”

Building hyperconverged digital infrastructure into platforms required engineering and marketing agreements between the makers of processors, servers, networking devices, and storage components. Making electrical power controllable through software appears to have required a greater number of agreements, negotiated over a longer period. DCK reported on a partnership between VPS and equipment maker Schneider Electric back in 2017.

But this latest agreement sounds more like throwing a giant on-switch, with immediate repercussions for customers. This deal enables CBRE’s clients to manage power distribution in their remote data center assets at the rack level, using VPS’s Intelligent Control of Energy (ICE) platform.

“The primary reason we engage with any business such as VPS is that it is a solution that we have validated that solves a real problem within our client base,” Zahl Limbuwala, CBRE’s executive director of strategy, told us.

“It’s a net-new capability here,” Limbuwala continued.  “It’s exactly the sort of thing that our clients ask us for every day…  To our knowledge, VPS is the only one doing this at the moment: [a solution] that you can get your hands on commercially.”

Limbuwala may be familiar to long-time readers of DCK as founder and long-time chairman of the data center specialist group at BCS Institute, originally the British Computer Society. He also co-founded Romonet, which produced an analytics platform for data center operators and was acquired by CBRE in 2019. Romonet had put that platform to use in measuring resource consumption in data centers and predicting demand rises.

Nelson is a long-time data center executive who after years running technical infrastructure organizations at large tech companies, including Ebay and Uber, took the business-executive role on the vendor side, at VPS, last year. VPS ran a proof-of-concept with Uber while Nelson was in charge of data centers at the ride-hailing company, the startup’s former CEO, Steve Houck, told us at the time.

VCS’s ICE platform isn’t about “virtual power” but rather virtual systems for managing power. As Nelson explained, first-generation virtualization in data centers enabled the reclamation of unused processor cycles, driving up production efficiency well above the 50-percent mark. Conceptually, a form of that concept applies here to electricity. Data center, both remote and on-premises, are afflicted by the problem of “stranded power:” wattages allocated to racks that are being generated, delivered, and stored but not used, he said.

Stranded power in a data center, according to Nelson, tends to accumulate in three areas:

VPS utilizes a combination of power bursting, phase balancing, and power switching techniques, he explained, to enable pools of stranded power in these three typical areas to be accessible and redistributable. He believes colocation facilities looking for differentiators will seek out VPS to reclaim stranded capacity to drive greater return from their capital investments.

“ICE Stack injects energy into a power panel in real-time and it protects the upstream breaker,” Nelson said. This would enable, for instance, 54 kVA of capacity to a 200-amp breaker that downserves the cabinets behind that panel, he said. “So if I’ve got spiky workloads going on, that unit will inject energy and allow them to burst above those thresholds they’ve set.”

No longer would technicians need to put power buffers in place for spikes like these to be avoided, he said.

The partnership opens up access to IT assets in CBRE’s facilities to power management through VPS ICE. Functions of the platform are also exposed through REST APIs, which at least opens up the feasibility of automation scripts for provisioning electric power simultaneously with provisioning the new compute capacity that needs it.

“We’re on this path to this autonomous digital infrastructure,” remarked CBRE’s Limbuwala. “This software-defined power is that last piece of the infrastructure that’s been holding out until now. We shouldn’t overlook the fact that what this last piece enables now is… the warehouse-sized computer, bringing that whole data center and all the infrastructure within it under software control, automation, and self-optimization.”

In a statement, CBRE said the partnership is at the “preferred” level, and not necessarily exclusive to VPS.