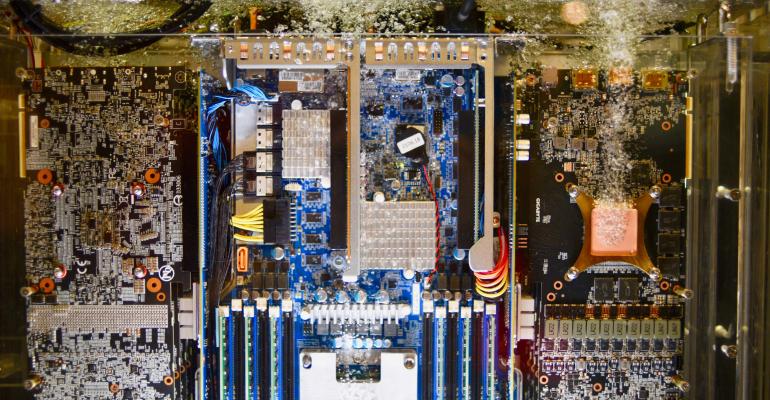 Revenue for the technology is expected to top $3 billion by 2026.

Enthusiasm for liquid cooling is being driven by data center operators, particularly cloud service providers. Revenue for the liquid cooling market could top $3 billion by 2026, with a 50.4% compound annual growth rate (CAGR). That CAGR extends from 2021 to 2026.

What’s driving the trend? Among other things, sustainability. Increasingly, sustainability is a key driver in data center design, build, and operations, with several companies pledging 100% renewable energy and net zero emissions in their operations in the foreseeable future.

Other factors include improving the power-to-cooling ratio, eliminating the need for complex airflow management, close control of electronics temperatures, enhancing opportunities for heat reuse, and helping to achieve sustainability goals linked with emissions,” Dr. Levy said. “Liquid cooling is also space-effective for locations where physical space is a limitation,” he added.

Beyond liquid cooling is immersion cooling, where servers are completely immersed in fluids such as dielectric mineral oils. While the technology is nascent, it’s been attracting investment attention, such as a $28 million Series C funding round for Green Revolution Cooling earlier this year.

“Immersion liquid cooling is the most promising technology based on thermal performance,” Dr. Levy said.

That’s not to say liquid cooling is a panacea, Dr. Levy warned. “Liquid cooling systems may or may not be the ideal solution for a data center project,” he said. The selection of liquid cooling instead of air-cooling systems have to do with a variety of factors, including specific location, climate (temperature/humidity), power densities, workloads, efficiency, performance, heat reuse, and physical space availability, he said.

Still, a combination of air-cooled and liquid-cooled systems will likely become commonplace in data centers in the near future, driven by energy consumption concerns and sustainability goals, Dr. Levy said.