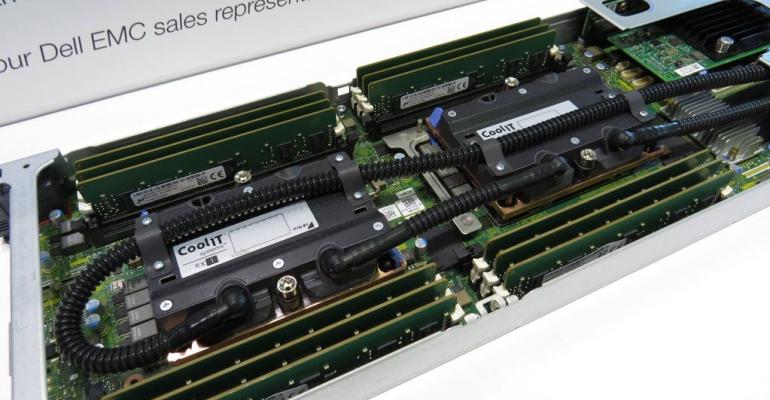 Vistara partners provides growth funding for one of the early success stories in the emerging niche market.

The Calgary, Canada-based company announced the new funding Wednesday but did specify the amount, saying only that it was a multi-million dollar investment from Vancouver-based Vistara Capital Partners. CoolIT CFO Peter Calverley declined to disclose the exact amount in an interview with Data Center Knowledge but said the additional funding will allow the firm to expand its domestic and international manufacturing operations.

Liquid cooling in data centers that don’t house supercomputers (it’s relatively common in the High-Performance Computing world) is an emerging niche market. Data center operators are adopting liquid cooling in select places in their facilities where they have high-density compute infrastructure and need to increase cooling capacity.

CoolIT is one of 20 or so liquid cooling vendors that cater to the data center market, and it’s one of the vendors in the space that have seen early success, according to analysts.

“Our business has increased about four-fold the last two years, and we have an opportunity to more than double our data center business again this year, and that requires an investment to expand our manufacturing capabilities,” Calverley said. “Growth for a smaller company is always challenging, so this partnership with Vistara, with its growth capital, is really helpful.”

After it launched in 2001, CoolIT initially targeted the PC market but now focuses on the more lucrative data center market. The company previously raised about $30 million over four rounds of venture capital rounds.

Its growth over the past 18 months has been driven by partnerships with hardware vendors, such as Dell EMC, Hewlett-Packard Enterprise, Cray, and others, Calverley said. But it’s also recently won business with several hyperscale data center operators and has begun receiving interest from network equipment vendors looking to incorporate liquid cooling into their products, particularly networking gear for service providers that are building 5G networks, he said.

While on the rise, liquid cooling isn’t displacing air-based cooling solutions in a big way, remaining a niche market. “There are a number of use cases for it, but it will be a small minority of the overall load,” Lawrence said.

And because liquid cooling reduces data center power consumption, it’s a good option for large service providers, such as colocation and cloud companies, who want to improve operational efficiencies.

As the market grows and matures, CoolIT’s early success among the 20-plus vendors in the space indicates that it has the potential to become one of the leaders, analysts say.

“They are a credible player, have some good partnerships, and their direct-contact liquid cooling technology appears to be winning acceptance,” Lawrence said. “A handful of leaders will emerge, and if there’s a consolidation, they are probably one of those that will still be standing.”

“We are well-financed to take care of our growth needs that we have this year and going forward,” Calverley said.