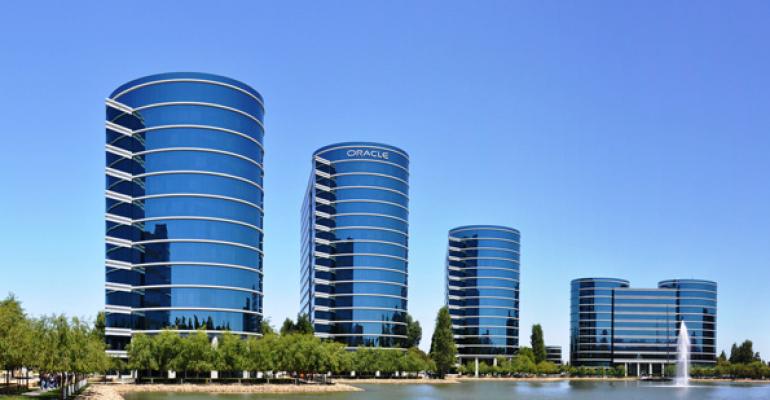 Oracle’s decision also is a maneuver meant to preserve the company’s lucrative database business and make its software applications more attractive to companies interested in moving more of their information technology needs to cloud services like Microsoft’s Azure.

(Bloomberg) -- Oracle Corp. announced Wednesday that it has secured a cloud-computing alliance with Microsoft Corp., an acknowledgment the database giant’s go-it-alone approach to the cloud wasn’t working.

The software makers will connect their data centers so mutual customers can more easily use cloud services from both companies, Redwood City, California-based Oracle said in a statement. Clients can run applications on Microsoft’s Azure cloud that are tethered to databases on Oracle Cloud. A single login will let customers access either system, the companies said.

The move by Oracle is bigger than the technical details may suggest. At Satya Nadella’s Microsoft and elsewhere in the cloud landscape, broad partnerships are a common way to fuel demand by letting clients connect critical systems built by different vendors. That strategy has helped Microsoft thrive as the No. 2 provider of computing power and storage, behind Amazon.com Inc.'s Amazon Web Services, as more companies move their data to the cloud. But that hasn’t been Oracle’s way. The company, led by Chairman Larry Ellison, has limited tie-ups with Microsoft and other rivals -- and its revenue has contracted for the last two quarters.

Oracle’s decision also is a defensive maneuver meant to preserve the company’s lucrative database business and make its software applications more attractive to companies interested in moving more of their information technology needs to cloud services like Microsoft’s Azure.

“With this partnership, our joint customers can migrate their entire set of existing applications to the cloud without having to re-architect anything, preserving the large investments they have already made,” Don Johnson, the executive vice president of Oracle Cloud Infrastructure, said in the statement.

The accord will be far tighter than what Oracle has with other cloud players, Mark Moerdler, an analyst at Sanford C. Bernstein & Co., wrote Wednesday in a note.

The deal “should add value to both companies,” Moerdler wrote. “As both companies work to drive their customer base to the cloud this should simplify the process of migrating workloads.”

The world’s top software companies, No. 1 Microsoft and No. 2 Oracle, have a complicated history in their more than 40 years of existence. They compete in the database market, where Oracle leads. Each company also makes software for managing customer relationships, but are bested by Salesforce.com Inc. Ellison said in 2017 that his company had “a huge technology lead” in the cloud compared to Microsoft -- a statement belied by Microsoft’s cloud revenue advantage and market share, then and now.

Oracle has tried for years to get some of its 430,000 customers to move its products to the company’s cloud infrastructure for computing and data-storage needs, even revamping the offering with a “generation two” service built by an entirely new team. The effort still hasn’t paid off, with Oracle maintaining a small share of the infrastructure market.

Former Oracle President of Product Thomas Kurian had proposed to Ellison that Oracle should collaborate with cloud rivals such as Microsoft and AWS, Bloomberg News reported in September. Ellison wasn’t keen on the idea at the time, people familiar with the matter said then. Kurian left the company and is now the chief executive officer of the cloud platform run by Alphabet Inc.’s Google.