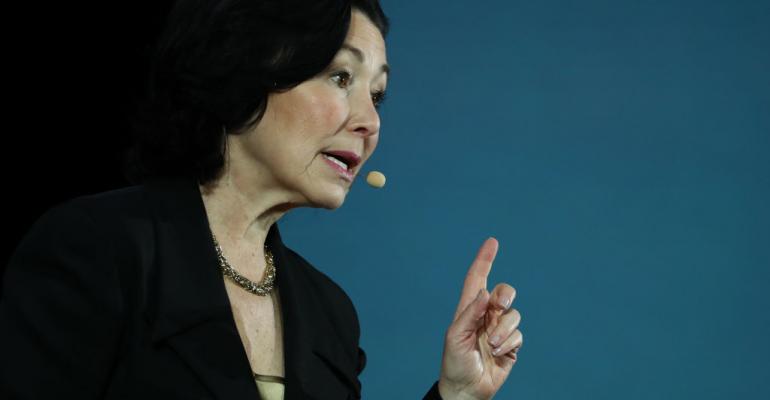 Kicks off appeal process to dismissal of earlier legal challenge, while Amazon mulls own challenge to JEDI contract award to Microsoft

Naomi Nix (Bloomberg) -- Oracle Corp. opened its appeal in a legal challenge of a Pentagon cloud-computing contract valued at as much as $10 billion with a familiar argument: the procurement was unfairly tailored for Amazon.com Inc.

In in its opening brief, which was filed on Friday, Oracle said the cloud project violated federal procurement law and was tainted by relationships between former Pentagon officials and Amazon.

Oracle is appealing a July ruling from the U.S. Court of Federal Claims that dismissed its legal challenge to the cloud contract based on similar claims. At the same time, Amazon is mulling its own potential legal challenge of the project after losing the deal to Microsoft Corp. late last month, Bloomberg News has reported.

The legal challenges could revive fresh criticism from industry, lawmakers and analysts of the Pentagon’s handling of the controversial cloud project, known as the Joint Enterprise Defense Infrastructure, or JEDI. The project is designed to consolidate the Defense Department’s cloud computing infrastructure and modernize its technology systems.

The department is facing accusations that former employees with ties to Amazon may have structured the deal to favor Amazon and that President Donald Trump may have unfairly intervened in the process against Amazon. Trump has long been at odds with Amazon Chief Executive Officer Jeff Bezos, who also owns the Washington Post.

“As DOD has asserted throughout this litigation, and as confirmed by the court, DOD reasonably evaluated and equally treated all offerors within the framework of a full and open competition,” Elissa Smith, a Department of Defense spokeswoman, said in a statement in response to Oracle’s latest move. She said rulings from the claims court and the Government Accountability Office “validated that DoD followed all the applicable acquisition processes.”

“It is difficult to recall any prior procurement of this scale, value and significance in which two of the four leading competitors had compelling conflicts of interest or bias allegations,” said Steven Schooner, a professor of government procurement law at George Washington University. “This is extraordinary.”

Trump surprised the industry earlier this year when he openly questioned whether the contract was being competitively bid, citing complaints from Microsoft, Oracle and International Business Machines Corp.

A new book by Guy Snodgrass, a speechwriter to former Defense Secretary Jim Mattis, alleges that Trump, in the summer of 2018, told Mattis to “screw Amazon” and lock it out of the bid. Mattis didn’t do what Trump asked, Snodgrass wrote. Mattis has criticized the book.

Dana Deasy, the Pentagon’s chief information officer, said during his confirmation hearing last week that to the best of his knowledge, no one from the White House reached out to any members of the JEDI cloud contract selection team.

Amazon didn’t immediately respond to a request for comment.

Federal Claims Court Senior Judge Eric Bruggink dismissed Oracle’s lawsuit in July, saying the company didn’t meet the criteria for the bid and thus didn’t have the standing to challenge the procurement.

The Pentagon eliminated Oracle and IBM as potential bidders in April, leaving Amazon and Microsoft as the final competitors for the contract.

In its appeal, Oracle contends that the Pentagon’s minimum requirements for the contract, as well as its decision to pick just one winner, violated federal procurement laws designed to ensure competition. Under the law, two different Pentagon officials are required to offer separate legal justifications for choosing just one vendor for an award of this size.

Bruggink said in his July ruling that one of the Pentagon’s legal justifications was “completely reasonable” while acknowledging that the second one “does not fit the contract.”

The government has said choosing one winner would reduce security risks and better enable it to consolidate its technology products.

Oracle is claiming that the procurement has been marred by conflicts of interest, including ties between former Defense Department officials and Amazon. At least two of the former employees were offered jobs at the company while working on the contract, according to the lawsuit.

In one case, Deap Ubhi, who had worked at Amazon before joining the government, helped craft the JEDI procurement for weeks after accepting a job offer in October 2017 from Amazon Web Services, the company’s cloud unit, according to the lawsuit. Ubhi had advocated in favor of the Pentagon’s decision to choose just one winner for the JEDI award, the lawsuit said.

Bruggink ruled that the conflict of interest allegations “raise eyebrows,” but that the Pentagon’s contracting officer properly determined the relationships had no adverse impact on the integrity of the acquisition process, and that Amazon didn’t gain a substantive advantage as a result.

But Oracle’s appeal contends that “JEDI suffers from corruption of a high order” and that the court’s argument that the conflicts of interest had no impact on the procurement “lacks a rational basis.”

Separately, the Defense Department’s inspector general has been reviewing potential unethical conduct surrounding the bid, but said there is no reason why the Pentagon can’t move forward with an award.