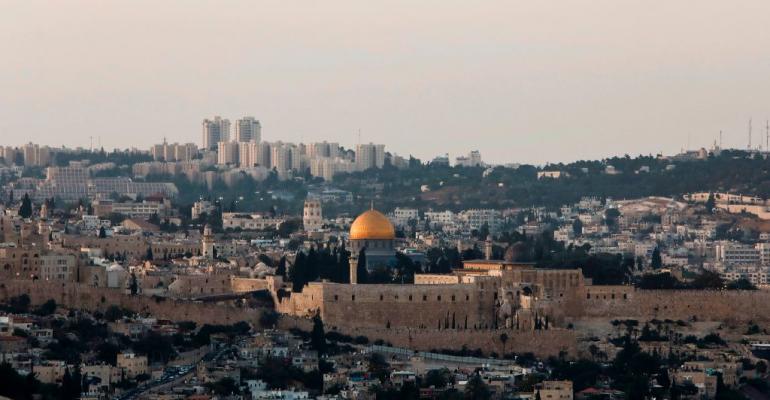 The Jerusalem facility, operated by Bynet, was designed to host some of the nation’s most sensitive IT infrastructure.

Oracle is gearing up to launch its cloud data center in Israel, according to local news reports, which shares a highly secure four-level underground facility in Jerusalem with some of the nation’s most sensitive IT infrastructure.

The Jerusalem cloud region had been in the works since last year. The multi-tenant data center, which reportedly offers a total of 460,000 square feet of floor space, was built by the Israeli IT service provider Bynet Data Communications.

“This is an important step toward the upcoming opening of the Oracle Israel East Cloud region,” Uzi Navon, Oracle’s Israel country leader, said in a statement quoted by The Jerusalem Post. “With the new Cloud region in the capital city of Israel, Oracle is once again proving its commitment to the State of Israel and to Israeli customers and ensures a second-generation cloud infrastructure with the strongest performance at the highest level of security.”

Israel will be Oracle’s second cloud region in the Middle East. The company launched its first cloud data centers in the region last year, in Dubai.

Other cloud platforms are also establishing data centers in Israel for the first time, spurring a lot of new data center construction in the country.

Amazon Web Services is planning to launch data centers in Israel, according to a report by the Israeli business daily Globes, and so is Microsoft Azure. The likely builders of the AWS project are the real estate company Azrieli Group and the US data center developer Compass Datacenters, which Azrieli recently acquired a sizable stake in.

Fueling the interest in the market to at least some extent is Nimbus, the Israeli government’s project to move a lot of its IT infrastructure to the cloud. The government has been weighing bids from cloud providers, expected to select a winner soon.

While some underground data centers have been built in other places around the world – generally inside existing caverns – Jerusalem, under constant threat of attack by Israel’s neighbors, is perhaps one of the places on the planet where it’s easy to make the case for storing critical infrastructure deep underground.

The Bynet facility’s top floor sits below a five-level parking garage, which itself is below a 17-story building, according to a 2020 report by the Israeli tech news site CTech. The ceiling of the data center’s uppermost level is made of “steel-plate coated concrete capable of withstanding a car-bomb explosion,” CTech wrote, adding that government regulators led by the national cyber administration and the Shin Bet (Israel’s equivalent of the FBI) oversaw “every step of construction and installation.”

The reason for this strict oversight is that Oracle isn’t the only tenant in the facility. It was also built to host IT infrastructure for large banks, insurance and tech companies, and government agencies, including defense.

A previous version of this article incorrectly said that Oracle's cloud region in Israel had been launched. As of today, it's still in the works and has not been launched.
TAGS: Cloud
0 comments
Hide comments
Recommended Reading