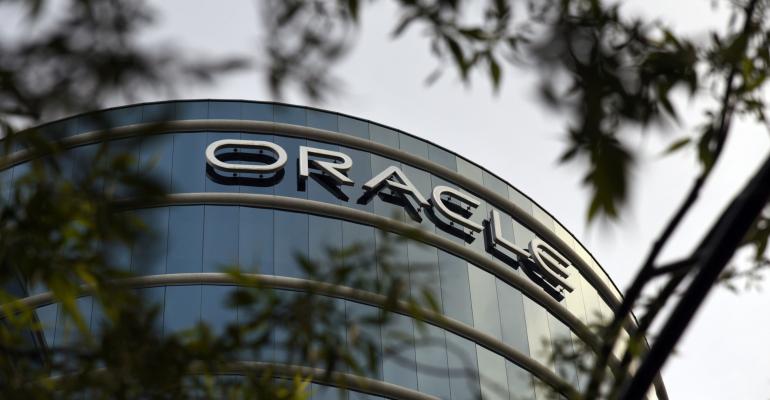 Cloud revenue -- the highly watched segment that Oracle has been trying to expand -- rose 19% to $2.9 billion in the fiscal fourth quarter, the Austin, Texas-based company said.

(Bloomberg) -- Oracle Corp. shares jumped the most in six months after the company reported results suggesting its effort to move customers to the cloud is gaining momentum and the acquisition of health care records provider Cerner Corp. will help accelerate growth.

“Couple a high growth rate in our cloud infrastructure business with the newly acquired Cerner applications business — and Oracle finds itself in position to deliver stellar revenue growth over the next several quarters,” Chief Executive Officer Safra Catz said Monday in a statement.

Cloud revenue -- the highly watched segment that Oracle has been trying to expand -- rose 19% to $2.9 billion in the fiscal fourth quarter, the Austin, Texas-based company said. Cloud sales growth had been greater than 20% since Oracle, the second-biggest software maker by revenue, began disclosing it last year.

While sales of applications for management and financial operations have fueled the company’s cloud effort thus far, Oracle “experienced a major increase in demand in our infrastructure cloud business” of 36% in the three-month period ended May 31, Catz said in the statement.

Cloud revenue will accelerate as much as 25% in the current quarter and more than 30%, in constant currency, in the fiscal year, Catz said during a conference call after the results. That revenue may increase as much as 47% in the period ending in August including cloud sales from Cerner, she added.

Economic headwinds like inflation and currency volatility could lead to corporate cost-cutting that may help drive cloud adoption, wrote JPMorgan’s Mark Murphy ahead of the results. The fast-growing cloud market is led by Amazon.com Inc., Microsoft Corp. and Alphabet Inc.’s Google.

“Often, customers save money” by moving to Oracle’s cloud infrastructure, Catz said during the call. 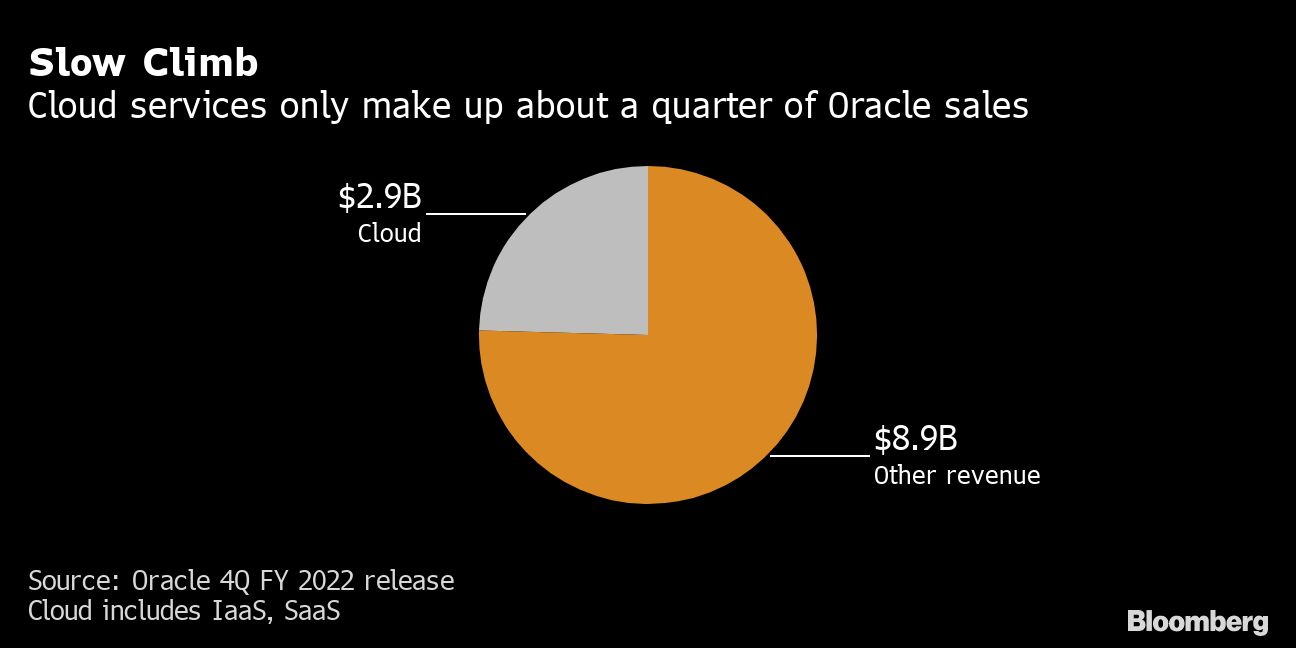 Oracle is hoping its $28.3 billion acquisition of Cerner, completed last week, will build inroads in the health care industry, which has been comparatively slow to adopt cloud technology. During the call, co-founder and Chairman Larry Ellison said health care is “clearly going to be our largest business.”

The deal will be accretive to Oracle’s earnings in fiscal year 2023, Catz said. With Cerner now part of Oracle’s business, revenue may increase as much as 19% in the current quarter, she said. Profit, excluding some items, will be $1.04 to $1.08 a share in the period.

In the fiscal fourth quarter, sales increased 5.5% to $11.8 billion, topping the average analyst estimate of $11.7 billion. The results marked Oracle’s eighth straight quarter of year-over-year revenue increases. Profit, excluding some items, was $1.54 a share, compared with the average estimate of $1.38 a share.

With a surging US dollar, tech peers with significant overseas exposure including Salesforce Inc. and Microsoft Corp. have seen growth eaten by currency volatility. Oracle, with nearly half of its sales outside the Americas, said quarterly revenue was reduced 5% by currency fluctuations. On Monday, the US dollar hit its highest level since April 2020 as traders bet on an increasingly-rapid round of interest rate hikes from the Federal Reserve.

Oracle’s biggest positive surprise was in license spending, which reflects continuing investment from the company’s customers in uncertain times, said Anurag Rana, an analyst at Bloomberg Intelligence. “It’s a good reflection of broad-based technology spending and bodes well for the entire sector,” he said.

Cloud license and on-premise license sales gained 18% to $2.54 billion, beating the average estimate of $2.17 billion. Sales of the Fusion application for managing corporate finances rose 20% in the quarter, compared with 33% in the previous period. Sales of NetSuite enterprise planning tools, targeted to small- and mid-sized businesses, increased 27%, the same as in the previous quarter.

The shares were trading at $69.94 Tuesday morning in New York. They have slipped about 20% this year amid a broad rout among technology companies.