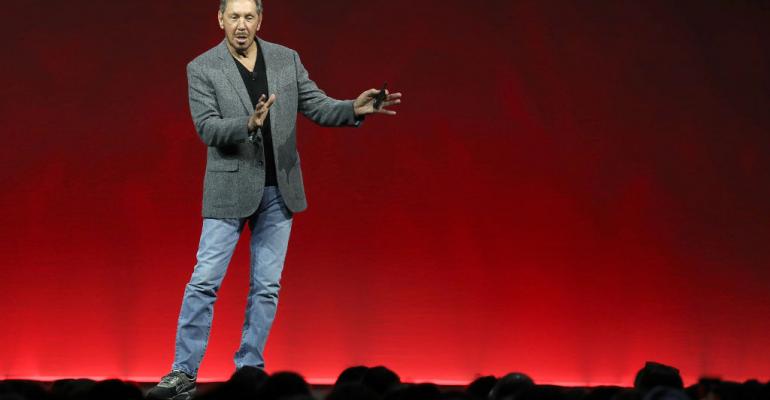 Oracle’s newest cloud platform will soon be hosted in at least nine additional locations around the world besides the four it’s hosted in now.

That’s according to a slide from Oracle co-founder and CTO Larry Ellison’s opening keynote at Oracle OpenWorld in San Francisco Monday.

The platform, called Oracle Cloud Infrastructure, is currently available in data centers in Ashburn, Phoenix, Frankfurt, and London, according to the company’s website. Earlier this year, the company said it would launch data centers in 12 additional locations to support the platform, but Ellison’s slide only showed nine, including one location dedicated entirely to government clients.

The company expects them all to be online by sometime next year.

Oracle launched OCI in 2016. The platform was designed by a team of engineers that included many people who worked on the largest hyperscale cloud platforms, such as Amazon Web Services and Microsoft Azure.

Even when the new Oracle cloud data center locations come online, the company will still have a lot of ground to cover if it wants to reach the kind of scale its biggest rivals have reached. AWS has 55 “availability zones" in 18 geographic regions (many of the zones consisting of multiple data centers), while Azure’s platform currently spans 54 regions. Google Cloud Platform, whose market share is far smaller the previous two providers’ but bigger than Oracle’s, is currently hosted in 18 regions, with 55 availability zones.

Oracle also operates a legacy cloud platform, which it refers to as “Classic,” hosted in more locations around the world. But OCI is now its biggest focus, underpinning not only its raw infrastructure services but also its transition from being a vendor of on-premises software to a provider of software as a service, Ellison said during his keynote.

The upcoming locations on his slide were Toronto, Chicago, Sao Paulo, Zurich, Middle East, Mumbai, Seoul, Tokyo, and Osaka. Chicago is the government-only region, but Oracle also has data centers dedicated to hosting cloud infrastructure for government agencies in Ashburn, Phoenix, and London.

In addition to full-fledged cloud data centers, Oracle recently rolled out a network of edge points of presence that’s part of its global cloud platform. Ellison’s slide displayed 15 edge PoP locations in the US, South America, Europe, and Asia-Pacific.

The company uses its edge network to provide services such as web application security, DDoS protection, and DNS.