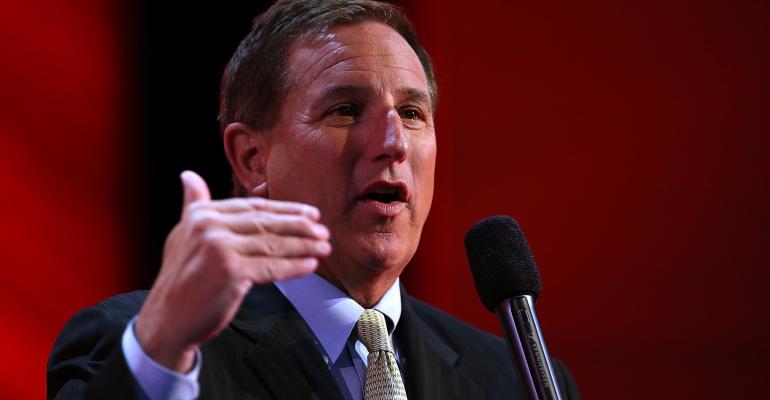 Oracle is boosting its cloud platform with 12 new global regions and autonomous capabilities as it tries to regain ground following a disappointing quarter for Oracle cloud services and continues to lag behind Microsoft and Amazon Web Services.

At its CloudWorld event in New York on Monday, Oracle president Mark Hurd said that enterprises are not going to want to bring the same level of complication as their on-premise infrastructure to the cloud, and that automation is going to help them simplify their IT investments by cutting down on labor costs and driving efficiency, following a broader trend among cloud services vendors who are using machine learning to capture more customers.

Oracle executives were brought on stage throughout the keynote to demonstrate new capabilities in Oracle cloud services centered around automation, including expansion of its Oracle Cloud Platform Autonomous Services beyond the Oracle Autonomous Database, which Oracle’s Larry Ellison spoke about  in September. He said the self-healing database, which automates patching cycles, could prevent companies from being the next Equifax.

[Container World delivers real-world case studies from the cloud-native ecosystem, hands-on technical education, the best speakers and cutting-edge startups under one roof. Get your ticket.]

While Oracle has reportedly been losing some high-profile customers from its database services, Las Vegas gaming corporation Ceasers Entertainment is relying on Oracle cloud services to bring it 100 percent in the cloud by 2020.

Caesars Entertainment CEO Mark P. Frissora, who spoke during the event keynote today, said much of the company’s legacy systems are some 40 years old, and understandably unable to handle the modern demands of data analytics and supply chain management.

It has been replacing old systems with cloud services from Oracle, including its human capital management system (HCM), an upgrade which has accounted for significant savings. With its old system, its costs were upwards of $15 million per year; those costs are now closer to $3 million, he said.

One of the biggest lessons of Caesars’ digitization has been resisting overcomplicating the transition, Frissora said.

“It’s so important that if you are going to do change, you don’t do any customization,” he said. “[With Oracle], the implementation went flawlessly, there were no hiccups.”

Oracle will need a lot more of these Oracle cloud services success stories to come closer to competing with cloud leaders Microsoft and AWS. But if its investments in autonomous capabilities and other areas like containers continue, it could push past the “minimum viable product” label Gartner gave it last year and meet analyst expectations for its cloud growth.