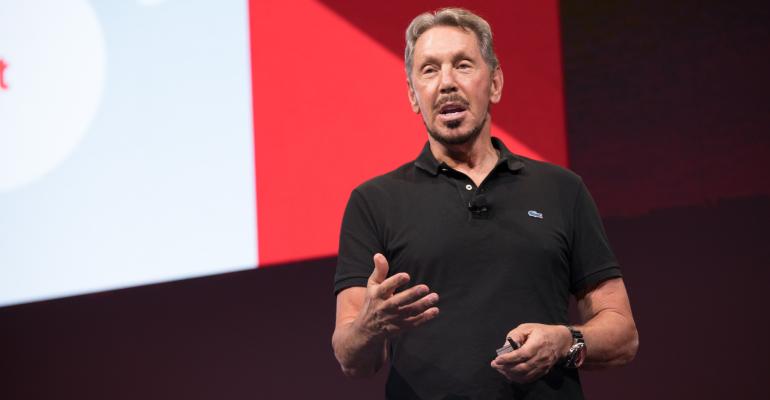 Oracle Brings Blockchain-as-a-Service to Its Cloud

Less than two months after joining the Linux Foundation's Hyperledger project, Oracle has rolled out blockchain-as-a-service on its cloud, making the announcement on the first day of its OpenWorld conference in San Francisco Monday.

The company first announced the plan to launch the service when it joined Hyperledger in August. The goal, it said at the time, was to "offer a highly advanced and differentiated enterprise-grade distributed ledger cloud platform for customers who are looking to build new blockchain-based applications and/or extend their current SaaS, PaaS, IaaS and on-premises applications."

Blockchain, originally developed to run Bitcoin, is being touted as the next disruptive technology. Repurposed for the enterprise, it's expected to change the way business is done across the board by supplying a reportedly tamper-proof shared distributed ledger that stores many copies of complete transaction histories across many computers on a network.

It's not surprising that Oracle wants to get on the blockchain bandwagon. At this stage of the game, blockchain's main appeal is to the financial sector, which represents a huge part of the company's installed base. And Oracle is sure to be betting that blockchain as a SaaS offering will help entice that base to utilize it's cloud.

"Blockchain holds the promise to fundamentally transform how business is done, making business-to-business interactions more secure, transparent, and efficient,” Amit Zavery, senior VP of Oracle Cloud Platform, said in a statement. “Oracle Blockchain Cloud Service provides enterprise-grade blockchain capabilities and is able to accelerate innovation for on-premises ERP and cloud-based SaaS and PaaS customers. Enterprises can now streamline operations across their ecosystem and expand their market reach with new revenue streams, sharing data and transacting within and outside the Oracle Cloud."

The idea is that customers can use Blockchain Cloud Service to build a network and their own smart contracts and applications, while Oracle does all the heavy lifting required to keep the infrastructure up and running. The blockchain cloud will be integrated across existing Oracle platforms, including Oracle ERP Cloud, Oracle SCM Cloud, and the Netsuite SuiteCloud Platform.

Oracle is not the first to tread these waters. Microsoft has been offering a similar service since 2015, which it recently beefed-up with the addition of Enterprise Smart Contracts that offers blockchain-ready templates for ease of use. IBM also offers a cloud-based blockchain service, based on the same Hyperledger technology that's being used by Oracle.

This might hint at another aspect to Oracle's strategy. The company has an installed base of legacy users that has been shrinking for some time, and keeping them on-board (and away from Microsoft and IBM) would be an added plus.

"This will enable customers to extend their current Oracle ERP and SaaS solutions to use trusted business networks for securely conducting business-to-business transactions in real-time across their ecosystem of trading partners," said Indranil Mukherjee, VP and head of Oracle Practice at Infosys, a partner in the blockchain cloud project. "Oracle’s investment in an enterprise-grade blockchain cloud platform along with Infosys' expertise in blockchain will enable Infosys customers to build more secure, transparent and efficient enterprise, and be ready to succeed in the digital economy."

Oracle stressed the project's open source roots and its recent membership in the Hyperledger Project: "By leveraging open source and maintaining interoperability with open standards, Oracle enables customers to benefit from all open-source innovations, and avoid vendor lock-in."

The company appears to have hedged on its open source bet a bit, however. Instead of shelling-out $250,000 to become a top-tier premier member, it opted for a general membership, which set it back $50,000, according to the Hyperledger website -- or considerably less that a single developer's salary.