Oracle CTO Larry Ellison touted “impenetrable barriers” and “autonomous robots” that guard Oracle’s second-generation cloud platform in his opening keynote for Oracle OpenWorld in San Francisco Monday • The robots refer to automated threat detection and remediation • The barriers are formed by what he described as a network of dedicated computers that secure the cloud platform • By highlighting these security features, Ellison sought to differentiate Oracle from other cloud providers, placing particular focus on market leader Amazon Web Services

Larry Ellison, in what’s become an annual tradition, spent much of his opening Oracle OpenWorld keynote knocking Amazon Web Services, the leader in the cloud services market Oracle has been spending so much energy – and money – to play in.

Oracle co-founder at CTO touted allegedly superior performance and lower cost of Oracle’s cloud services compared to Amazon’s. But the extra focus was on security.

Oracle’s cloud platform, he said, is protected by “impenetrable barriers” and “autonomous robots.” The barriers guard the cloud from intruders, and the robots are essentially automation of threat detection and remediation. “Autonomous robots find those threats and kill’em,” Ellison said.

The barriers refer to a “new network of dedicated, independent computers to basically surround the perimeter of our cloud,” he said. “These are computers you don’t find in other clouds.”

And by “other clouds,” it appeared, he mostly meant AWS. Amazon’s cloud, Ellison said, puts its cloud control code on the same machines that host customers’ code, which according to him makes the architecture less secure.

An AWS spokesperson did not immediately respond to a request for comment. 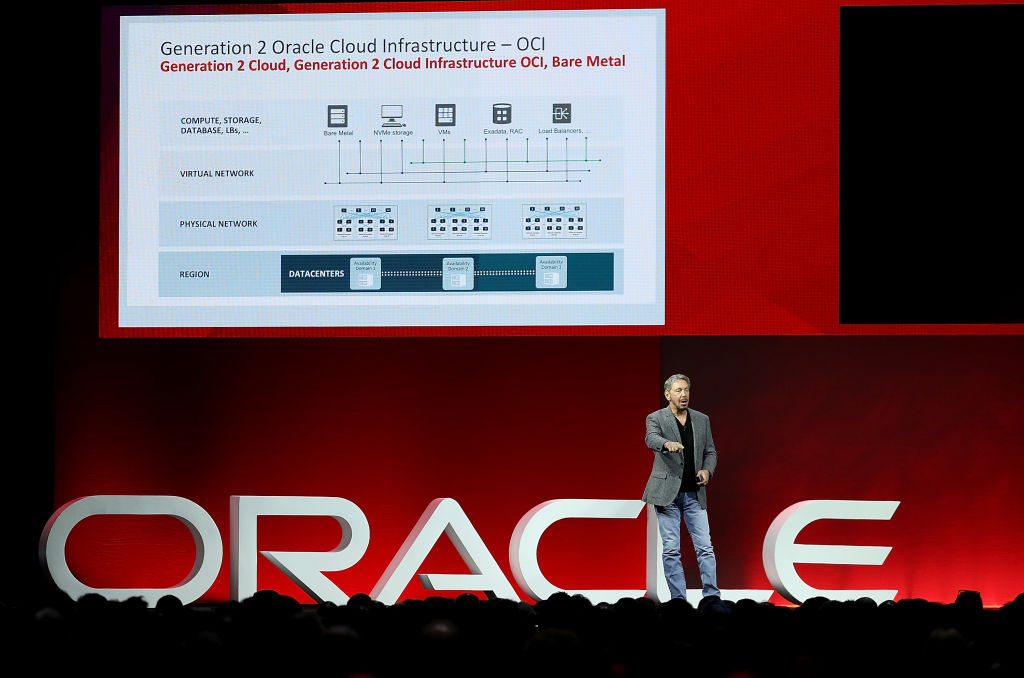 A latecomer to the cloud services market, Oracle is far behind leaders Amazon Web Services and Microsoft Azure in market share. The company appears to have had weak cloud sales in its most recent quarter. (It’s difficult to know exactly how well Oracle’s cloud business is performing, as it has recently stopped breaking out cloud revenue in quarterly reports.)

The security features Ellison highlighted in his keynote Monday in San Francisco are part of the company’s second-generation cloud platform. Called Oracle Cloud Infrastructure, it was designed by many of the engineers who were involved in building the largest hyperscale cloud platforms, such as AWS and Microsoft Azure.

The “dedicated network of cloud control computers” that’s part of the second-generation cloud are a way to separate customers’ data from cloud control software. “We will never put our cloud control code in the same computer that has customer code,” Ellison said.