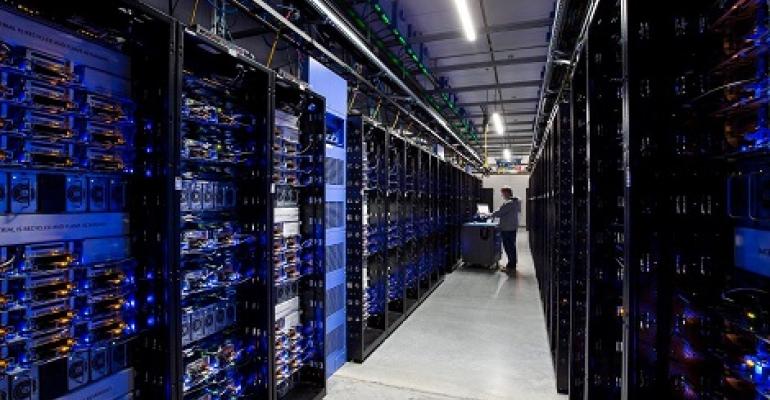 Who’s Buying OCP Gear Outside of Facebook and Microsoft

The open source hardware market is growing beyond OCP’s own “enclave.”

While it’s been fairly clear that Facebook and Microsoft, Open Compute Project’s biggest champions, are also the biggest users of OCP hardware (followed most likely by Rackspace), there’s been little public information about who’s buying the gear outside of these key players.

OCP spokespeople have talked about momentum in the enterprise and telecommunications markets for a couple of years now, but concrete information has been scarce. That’s why the OCP Foundation recently commissioned the London-based market research firm IHS Markit to make an attempt to size the OCP market and make projections about its future.

Facebook’s radical idea to open source data center hardware and infrastructure designs to wrestle control of the hardware market from incumbents like Hewlett Packard Enterprise and Dell Technologies can be a lot more powerful if viewed as something more than an effort by a handful of hyper-scale cloud platforms to get servers cheaper.

Facebook launched the Open Compute Project in 2011, simultaneously releasing to the public a trove of design specifications any hardware company with enough manufacturing muscle could use to bid against the incumbents on massive Facebook hardware orders. Six years later, the OCP hardware market beyond OCP board-member companies, “outside of OCP’s own enclave,” crossed the $1 billion mark, Cliff Grossner, senior research director for IHS’s Cloud and Data Center practice, said.

Sales of servers, networking switches, storage, peripherals, racks, power infrastructure, and other data center gear based on OCP designs generated $1.2 billion in revenue in 2017, or less than 1 percent of the $137 billion data center hardware market, IHS estimated. That’s not counting OCP hardware bought by Facebook, Microsoft, Rackspace, and Goldman Sachs, the four end-user companies with OCP board seats. Servers were responsible for 75 percent of the revenue.

“The entire market is a lot bigger,” but disclosing that number would violate IHS's non-disclosure agreements with board-member companies, Grossner said. He and two colleagues presented results of the study at this week’s OCP Summit in San Jose, California.

The analysts expect the “non-board” market to reach $6 billion in 2021, growing at an average annual rate of about 60 percent.

Non-board hyper-scale companies and “tier 2” cloud providers bought the most OCP gear in 2017. Each of the two categories was responsible for about 30 percent of the market last year. (IHS defines “hyper-scale” as companies with more than 3 million square feet of data center space total.)

Telcos Expected to Drive Next Wave

The next big wave of growth in OCP deployments will be driven primarily by telecommunications firms, who will need to roll out a lot of computing infrastructure in the coming years to support virtualization of their networks and to provide edge computing capabilities for next-generation applications – such as autonomous vehicles, and augmented and virtual reality – expected to be enabled by the upcoming 5G wireless network standard.

Where IHS doesn’t expect OCP hardware adoption to grow as a portion of the overall market is the enterprise, which represented around 25 percent of the market in 2016 and slid south, closer to 20 percent, last year. The analysts project enterprise data centers will represent less than 20 percent of the market this year, inching toward 15 percent over the next three years. It’s worth repeating that these are percentages of the whole market, which is expected to grow 60 percent on average for the next several years.

One of the biggest barriers to adoption of OCP gear in enterprise and other non-hyper-scale data centers is sourcing difficulty. The commoditized hardware is a low-margin business, and the biggest suppliers in the space are still primarily interested in selling large orders to the largest customers. Most OCP vendors want one relationship with one huge customer, Vladimir Galabov, one of the study’s authors, said.

While OCP has made some efforts to expand availability to smaller customers, such as launching the OCP Marketplace a year ago, the ecosystem of suppliers is still underdeveloped, Galabov explained.

There also needs to be a better mechanism for smaller customers to trial the products, Grossman said. Ordering an entire pallet of gear that will arrive from Taiwan six months later without trials and hoping it will work as expected is not something most users can stomach, he said.

Enterprise customers also have different priorities when buying data center hardware. While cost and energy efficiency are paramount for hyper-scalers, “in the enterprise, actually, those are not the top decision reasons,” Galabov said. Enterprises are looking for hardware flexibility, the ability to use servers by different vendors that are interoperable.

Many of the enterprise customers IHS surveyed also need the vendors to be available for a “workload-led conversation” about which OCP products to choose. There is a dearth of guidance on using the open source gear efficiently. Incumbents, meanwhile, have well developed advisory capabilities and are very familiar with enterprise workload needs.