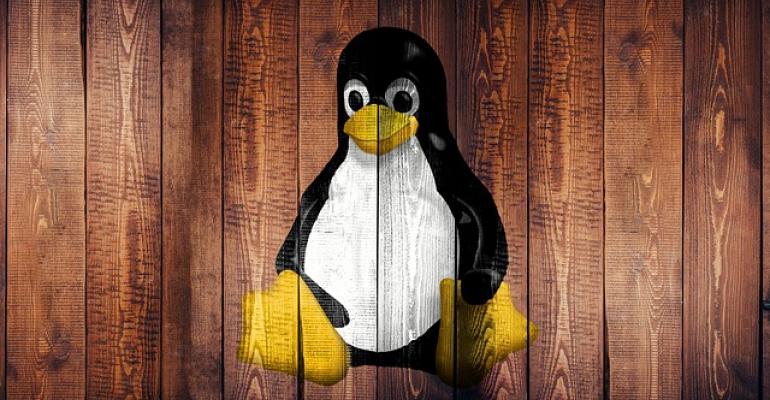 When Linux founder Linus Torvalds temporarily stepped down from the helm, there was suddenly trouble.

Those who don't follow Linux and open source closely may have missed the recent brouhaha in the Linux world -- or only caught the highlights which for the most part missed the mark. Now that the dust has settled a bit, and with hindsight in our favor, we thought the time might be ripe for a little retrospective.

The news started on Sept. 16 when Linux founder Linus Torvalds, the originator of both Linux and the software version control system Git, announced he was temporarily stepping down from his role as benevolent dictator for life at Linux to take something of a sabbatical because, in his words, "I need to take a break to get help on how to behave differently and fix some issues in my tooling and workflow."

While there's little doubt that he will spend some time working on his "tooling and workflow," the crux of his sabbatical centers on changing his behavior, mainly in how he interacts with other Linux developers.

Torvalds has long had a public reputation for being somewhat abusive and for having a potty mouth when chastising Linux developers on the Linux kernel's mailing list for code he considers subpar. We won't repeat his language here -- suffice it to say that it's full of "F"and "S" words, as well as not-for-family-time-reading words beginning with about every other letter of the alphabet.

As for the abuse element: when he directed a comment on Google+ to openSUSE developers and said they "should please just kill yourself now," that was considered a bit on the tame side. For one thing, there was no "F" or "S" word.

Until a couple of years ago, click hungry tech news sites adored F-bomb laden emails from the Linux founder. And to be truthful, most folks had a good chuckle and were pretty much of the mind to let-Linus-be-Linus.

In 2013 Sage Sharp, then a Linux developer who went by the name Sarah Sharp, publicly took Torvalds to task for his "management style" on the Linux maintainers' mailing list.

"Let's discuss this at Kernel Summit where we can at least yell at each other in person," Sharp wrote. "Yeah, just try yelling at me about this. I'll roar right back, louder, for all the people who lose their voice when they get yelled at by top maintainers. I won't be the nice girl anymore."

Long story short, Torvalds pretty much said "that's my style, live with it," and issued a "Code of Conflict," in lieu of a Code of Conduct, which gave a lot of wiggle room for his "management style."

"Your code and ideas behind it will be carefully reviewed, often resulting in critique and criticism," the conflict code said in part. "If however, anyone feels personally abused, threatened, or otherwise uncomfortable due to this process, that is not acceptable. If so, please contact the Linux Foundation’s Technical Advisory Board [TAB] ... or the individual members, and they will work to resolve the issue to the best of their ability."

Two years later, in 2015, Sharp became the first recipient of Red Hat's "Women in Open Source Award" about the same time as stepping down as the Linux kernel coordinator for the FOSS Outreach Program for Women.

In Linuxland it pretty much remained business as usual, although Sharp's actions had emboldened an increasingly vocal contingent of Linux developers and users who demanded -- but didn't get -- civility from Torvalds whenever one of his tirades was reported in a press that now tended to mix in a little moralizing as it counted clicks.

Things finally started coming to a head just before this year's Labor Day.

It started when the date for the Linux Kernel Maintainers' Summit  was moved forward by three weeks, from November 12 to October 22, which necessitated the venue being moved halfway around the world, from Vancouver, Canada to Edinburgh, Scotland, because Torvalds had gotten confused and booked a family vacation that would be underway on the originally scheduled date.

To be fair, Torvalds suggested keeping the event in Vancouver as planned, but without his presence, a notion that was quickly dismissed by the collective. The consensus was that a maintainers' summit without the Linux founder and main maintainer would defeat the purpose.

Two weeks after that, on Sept. 16, Torvalds announced his unexpected sabbatical, along with a notation that seemed to identify the maintainer's summit kerfuffle as the impetus for his decision.

"Yes, we got it rescheduled, and no, my 'maybe you can just do it without me there' got overruled," he wrote. "But that whole situation then started a whole different kind of discussion. And kind of incidentally to that one, the second part was that I realized that I had completely misread some of the people involved."

Evidently, this announcement was prompted by some sort of successful intervention that had occurred. Torvalds wrote that "people in our community confronted me about my lifetime of not understanding emotions" and admitted his "flippant attacks in emails have been both unprofessional and uncalled for, especially at times when I made it personal."

"I am going to take time off and get some assistance on how to understand people’s emotions and respond appropriately," he wrote.

Torvalds temporarily stepping down after 27 years as Linux's leader was big news in the open source world for a day or so, until eclipsed by what followed. During this time, most posters on social sites were understanding and supportive of his decision to deal with his issues. Others were more skeptical, and expressed suspicions about his abrupt about-face regarding his management style.

But this news was quickly put on the back burner by a brouhaha that erupted over a Code of Conduct to replace the Code of Conflict that Torvalds approved soon after sending the email announcing his temporary departure. It appears that some of those who were happy with things as they were wanted no part of this touchy-feely code and were fearful that it might be used to end their tenure as kernel developers due to a lack of political correctness on their part. On the other side were those who thought that the code didn't have enough teeth and that it would bring no change.

One person using the moniker "unconditionalwitness," who may or may not be a Linux coder, even went so far as to say on the kernel's mailing list that some contributors were considering removing their code from Linux. This started another news cycle, including a weigh-in from the GPL's author, Richard Stallman, on whether code released under the General Public License (GPL) could have its open source status removed. (It's complicated, but the simple answer is no, it can't.)

All this from a Code of Conduct that basically spelled out what behavior was desirable (pretty much, treat everyone with respect) and what behavior was not going to be tolerated (basically the things that parents teach their children about getting along with others).

But nobody ever accused internet mobs of thinking things through.

Luckily, the dust has begun to settle a bit as other voices have begun to come to the forefront and say "enough is enough."

"The tech industry has been riddled with behavior that needs to be addressed and Linus Torvalds stepping back to do just that is a bold and important first move," Jack Wallen, a writer who often pens articles for the Linux Foundation's Linux.com website, told ITPro Today. "The Linux Code of Conduct is, at least on the surface, a smart step forward. The problem is, there has already been backlash against something that, to a good portion of the population, should be seen as common sense."

Jim Jagielski, an ex-president and founding member of the Apache Foundation who spent 19 years as director of the organization's board, also pointed out that the situation grew out of someone trying to do the right thing and confront issues that were harming others.

"Instead, the whole issue has devolved into a campaign for and against SJW [social justice warriors, a derisive term for people who advocate equality], political correctness, diversity and what have you," he told ITPro Today.

"For me, personally, that galls me. Not every event is an opportunity to stand on a soapbox and spout one's agenda. We are seeing that way, way too much. It causes people to 'take sides' and increases conflict and division within the community; it prevents people who see 'both sides' from speaking out for fear of being painted as being on one side or the other. It's like thinking a Code of Conduct is a 'good idea' somehow paints one as a SJW, or that a firm belief that true meritocracy works somehow paints one as a sexist or homophobe."

Even Torvalds entered the fray in a long email he sent to the BBC just as the situation was getting out of hand.

"It's very polarizing and both sides love egging the other side on," he said. "It's not even a discussion, it's just people shouting at each other."

It seems that the Linux community just might be a microcosm of the culture in which we're all living.

Correction made to reflect that the Linux Kernel Maintainers' Summit was rescheduled because the original scheduled date conflicted with Torvalds vacation schedule and not because Torvalds would be vacationing in Scotland as originally stated.
1 comment
Hide comments
Recommended Reading