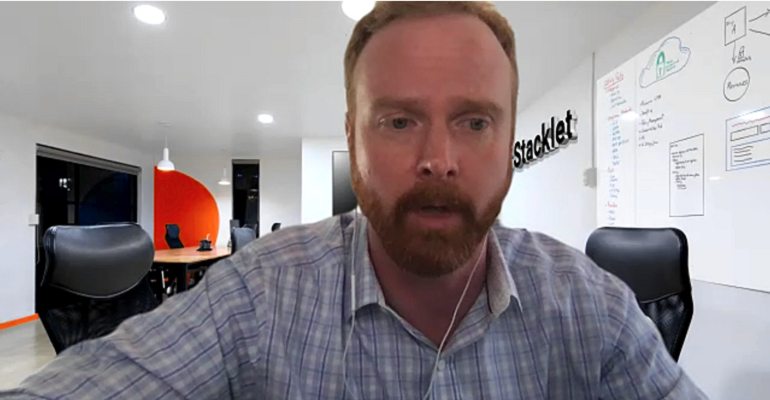 The lead commercial sponsor behind the open-source Cloud Custodian project is moving forward in 2021 with new funding to provide a complete view of cloud governance.

Managing cloud resources can be a challenging task for organizations of any size, which has led to a rise in cloud governance tools. Among the most widely used is Cloud Custodian, an open-source project backed by commercial vendor Stacklet.

On Jan. 13, Stacklet announced that it raised $18 million in a Series A round of funding that was led by Addition, with participation from Foundation Capital, bringing total funding to date for the Arlington, Virginia-based startup to $22 million.

In 2016, financial services firm Capital One open-sourced the Cloud Custodian project, with Stacklet emerging from stealth in August 2020 with plans for a commercial product that provides additional enterprise features and support.

Kapil Thangavelu, co-founder and CTO of Stacklet, said he joined Capital One in 2015, when the financial services firm decided to go all in on the cloud with Amazon Web Services. That experience led him and his Stacklet co-founders to realize the challenges of cloud governance, resulting in the creation of the Cloud Custodian tools.

"Cloud Custodian is like a Swiss Army knife for the cloud, with broad coverage across all the resources in the cloud," Thangavelu told ITPro Today.

Cloud Custodian integrates natively with the major public cloud providers' tooling, enabling organizations to manage resources, as well as configure them for resiliency, according to Thangavelu.

Going a step further, Cloud Custodian can help with cost optimization of cloud resources as well as security compliance for a complete view of cloud governance.

"Our mission is to help organizations be well-managed in the cloud," Travis Stanfield (pictured), co-founder and CEO of Stacklet, told ITPro Today. "Security is a big portion, but so is visibility, cost and operations with the ability to see how things are doing across time — that's a big part of our story."

The Cloud Custodian project is also part of the Cloud Native Computing Foundation (CNCF), which is best known as the home of the Kubernetes container orchestration project. Stanfield emphasized that Cloud Custodian is not specifically focused on Kubernetes deployments; rather, it is focused on any and all cloud resources.

Being part of the CNCF provides an open and transparent governance model for the Cloud Custodian project itself. "The cloud providers themselves have contributed to the Cloud Custodian community, and having this neutral home for the governance gives them a way through which they can work together, whereas they normally would not," Stanfield said.

With its commercial efforts, Stacklet is extending Cloud Custodian with additional capabilities. Among them is an asset database that provides a real-time database of cloud assets that can be interactively queried.

"We're taking an open core model, where we are continuing to drive features in the open-source project upstream, but we're providing commercial products that include brand-new capabilities," Thangavelu said.

While Stacklet's commercial offering is not generally available, one of the key goals for the company in 2021 is to bring the product to market.

"Certainly, we want to continue to grow and build the products out to the general availability," Stanfield said.