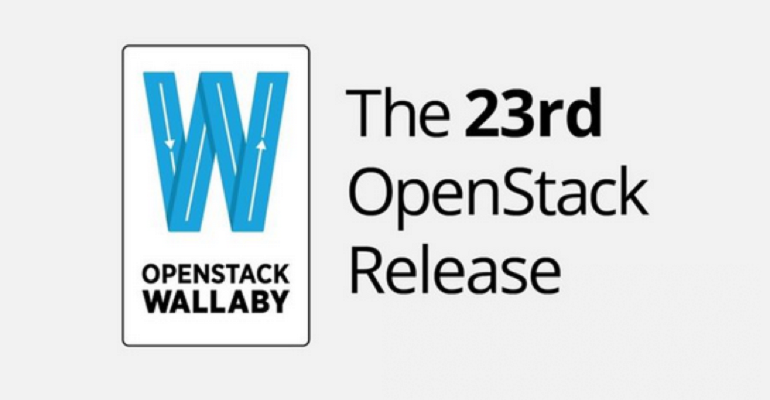 The open-source cloud infrastructure project continues to benefit from a high volume of contributors as the new Wallaby release improves compute, networking and security.

The open-source OpenStack cloud platform issued its Wallaby milestone release on April 14, bringing with it a host of updates for cloud infrastructure operators.

OpenStack Wallaby is the 23rd release of the open-source cloud platform that began as joint effort between NASA and Rackspace in 2010 and has grown its membership and contributions over the past decade. Wallaby is the first release of OpenStack in 2021; it follows the OpenStack Victoria update that was released in October 2020.

As an open-source effort, OpenStack benefits from the contributions of multiple vendors and had more than 800 contributors from 140 organizations contribute code to Wallaby. The OpenStack platform comprises multiple projects for different services that when combined enable cloud infrastructure as a service (IaaS). In the Wallaby release, there are notable updates to security, compute, networking and storage.

Among the leading contributors to OpenStack is Red Hat, which has its own Red Hat OpenStack Platform that provides commercial support.

Related: OpenStack Remains Alive and Well in the Colocation Space

Sean Cohen, Red Hat's director of product management of Cloud Platforms, told ITPro Today that among the interesting new capabilities in OpenStack Wallaby is support for different GPU types for a compute node. In prior OpenStack releases, it was only possible to have a single GPU type per compute node, he said.

"For newer workloads, we've contributed the abilities to perform cold migrations and resizing of instances having vGPUs [virtual graphics processing units], which were implemented to improve the support for data analytics, machine learning, AI and deep learning use cases," Cohen said.

Another leading contributor and supporter of OpenStack is Canonical, which leads development of the Ubuntu Linux distribution and also has a commercially supported OpenStack distribution.

Canonical is closely monitoring progress on the integration of the OpenStack Neutron networking project with the open virtual network (OVN) driver, Tytus Kurek, the company's product manager, told ITPro Today. OVN has been used as a default driver in Canonical’s OpenStack distribution since the OpenStack Ussuri release, according to Kurek. However, there is still work to be done to make it the default driver in the upstream, he added.

"During this cycle, OVN received a lot of updates, partially contributed by Canonical, to improve its hardware offloading and ML2 integration capabilities," Kurek said. "All of this establishes the foundations for a smooth migration to OVN in the near future."

Bringing Improved Security to the Cloud

Security is another key theme in OpenStack Wallaby, specifically in the area of role-based access control (RBAC).

RBAC has been improved thanks to enhanced authorization across OpenStack services, providing increased functionality, improved audibility and a reduced attack surface, Cohen said. The reduced attack surface comes from what Cohen referred to as system-scoped RBAC, which provides very granular policies for different user roles, including administrator, member and reader roles. He noted that the RBAC work included wide development across multiple OpenStack services such as Ironic bare metal, Glance images and Manila file sharing with thousands of new unit tests being performed.

While the open-source Kubernetes cloud-native platform has generated a lot of interest – and hype – in recent years, OpenStack remains a foundational element for a number of vendors, including Red Hat and Canonical.

"OpenStack remains a key part of our on-premises strategy and the foundation to hybrid cloud by providing mature, stable platform services and reduces the need to manage the underlying infrastructure," Cohen said. "Outside the central data center, Red Hat OpenStack Platform can power infrastructure solutions at the edge, enabling customers such as Rakuten Mobile and Vodafone Idea with distributed applications at scale, across distributed cloud locations."

Canonical's Kurek has a similar sentiment. He expects there to be "explosive" interest in OpenStack Wallaby in the coming weeks.

"At Canonical, we see an increasing interest in OpenStack, and the portfolio of our OpenStack customers is growing every year," Kurek said. "While cloud-native technologies are gaining popularity over traditional workloads these days, OpenStack remains in the heart of the open infrastructure stack with extendable layers for containers, serverless, etc., running on top of it."