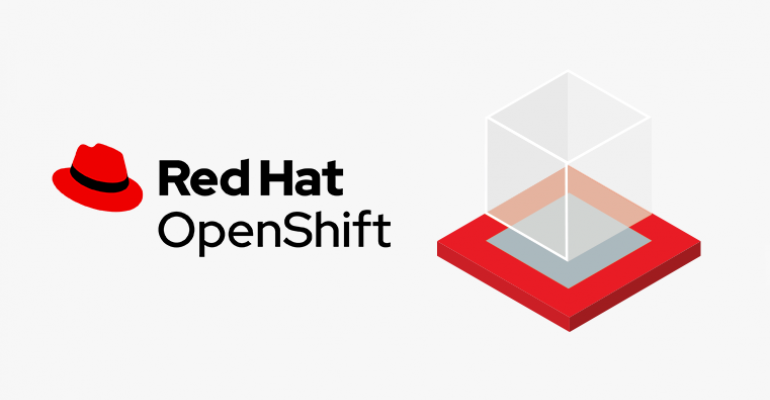 With OpenShift 4.8, Red Hat seeks to simplify the developer experience and to expand use cases and workload possibilities.

The next version of OpenShift is on its way.

OpenShift 4.8, the latest version of Red Hat’s Kubernetes platform, will be released sometime this month. It will have security improvements and improved support for cloud-native application development and on-demand computing.

OpenShift 4.8 is based on Kubernetes 1.21 and CRI-O 1.21 (a lightweight implementation of the Kubernetes Container Runtime Interface). On release day, it will become available on the Developer Sandbox for Red Hat OpenShift, for anyone who wants to take it for a test spin.

Red Hat said that one of the goals with the new platform is to simplify the developer experience and to expand its use cases and workload possibilities across industries.

"Red Hat OpenShift is designed to support organizations regardless of workload type or where an application lives across the hybrid cloud," Joe Fernandes, VP and GM of Red Hat Cloud Platforms, said in a statement. "With Red Hat OpenShift 4.8, we further that vision by making it even easier for organizations to run a diverse mix of workloads from data driven intelligent applications to the mission critical traditional applications that teams are working to modernize."

With Red Hat's stated focus here on developer experience and expanding workload possibilities, it's not surprising that the new features that got mention in this week's announcement play into that hand.

First up is IPv6/IPv4 dual stack and IPv6 single stack support. The former gives applications interoperability and communications when operating in environments that use IPv6 in addition to IPv4, such as in Cloud-Native Network Functions for telcos. The latter will be especially important to the international government agencies that require IPv6 support.

According to Red Hat, the capability will not only help some companies meet compliance regulations, but will also provide additional security for applications.

There are also improvements to Pipelines, OpenShift's Kubernetes-native CI/CD solution based on Tekton, which is an open source framework for quickly creating cloud-native CI/CD pipelines. With the new release of Pipelines, users can now declaratively define, version and track changes to application delivery pipelines alongside their application source code in Git repositories.

"By doing so," Red Hat said in a press release, "developers can rely on the Git workflow to automate the deployment of their CI/CD pipelines, turning code into features at a faster and more secure pace for the business."

There have also been some improvements made to OpenShift console, the browser-based user interface for visualizing, browsing, and managing the contents of projects. This includes adding the ability for those using Spring Boot (a Java-based framework for creating micro services) to code and to test locally before sharing the code, a feature that should be helpful for those working in serverless environments.

As usual with any new Red Hat release these days, the new OpenShift 4.8 also includes a couple of "technology previews," some not-quite-ready-for-primetime features that Red Hat plans to have production-ready by the time of the next OpenShift release.

This starts with sandboxed containers, based on the Kata Containers open source project, for a more secure container runtime using lightweight virtual machines.

"[T]his adds capabilities for specific workloads that require extremely stringent application-level security," Red Hat said in a press release. "While the vast majority of applications and services are well-served by the strong security features of Linux containers, sandboxed containers provide an additional layer of isolation ideal for highly-sensitive tasks, such as privileged workloads or running untrusted code."

The other technology preview in OpenShift 4.8 is OpenShift Serverless Functions for creating and running serverless functions as a Knative service on demand.

One final note: At the April 2021 Red Hat Summit, the company announced that, beginning with this release, OpenShift would largely be usurped by OpenShift Platform Plus, a version of OpenShift that would also include Red Hat Advanced Cluster Management, Red Hat Quay and Red Hat Advanced Cluster Security for Kubernetes. There has been no mention of the "plus" version of this release so far.