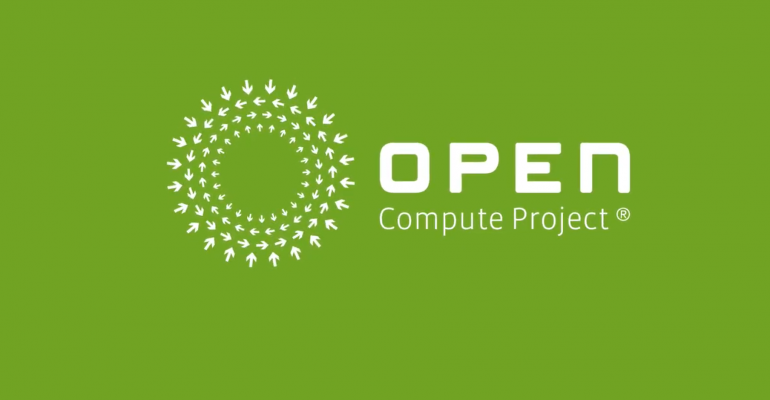 For 11 years OCP has been changing the ways that data centers are constructed and operate by putting data center operators and their suppliers under a single roof.

Although the Open Compute Project doesn't get a lot of media attention and in some ways remains below the radar, there's no arguing the fact that in the 11 years the project has been around it's had a huge effect on how data centers are built and operate.

The project was born in 2011, after Meta (then Facebook) made big news in the tech community when it opened the doors to its first custom built data center in Prineville, Oregon, which had been purpose-designed for energy efficiency, even while meeting the demands of a hyperscaler.

That design, which began two years earlier as an internal project at Meta known as "Project Freedom," covered all aspects of the data center, including software, servers, racks, power supplies, and cooling. When completed, Meta said it was 38 percent more energy efficient to build and 24 percent less expensive to operate than the company’s previous facilities.

About the time the Prineville facility opened, Meta open sourced the project's designs and announced the founding of OCP as a community project, primarily dedicated to improving the efficiency of building and operating data centers. Along with Meta, Intel, Rackspace, Goldman Sachs, and Sun Microsystems' co-founder Andy Bechtolsheim, were on board as founding members. Within a few years, other hyperscalers were signing onto the project, with Microsoft becoming a member in 2014 and Google joining in 2016.

"Today, we we have about 300 companies that are members and we operate all over the globe," the OCP Foundation's CTO, Bill Carter, told Data Center Knowledge. "We have some regional communities in South Korea, Japan, Europe, as well as in China and Taiwan. These offer opportunities for people to get together and collaborate on what their needs are, what their use cases are, and to help with the supply chain, and so on."

Open Compute Project in a Nutshell

When OCP first got started it was working on eight projects that Carter said were centered around "the disaggregation of the network switch, vanity-free servers, storage appliances, and a little bit of hardware management."

OCP designs were intended to be suggestions for best practices that members were free to adopt or not. This included a design for a then nonstandard 21-inch rack that Meta developed that takes up the same floor space as traditional 19-inch rack designs, which still receives push back from some data center operators and equipment makers who've opted stay with 19-inch racks, often adopting Open19’s competing specification, which has become something of a standard.

"At the same time, we also promoted efficient 19 inch equipment," Carter said. "Early on people related Open Compute to this customized 21-inch wide equipment. That just isn't the case and never has been. Seventy percent of the products we've developed and shared fits within a 19-inch standardized rack."

Despite that relatively minor controversy, the number of active projects that OCP sponsors has grown to more than 30, said Carter.

"Those projects include a lot of work on on data center facility design," he said. "We're looking at advanced cooling; looking at what it takes to implement immersion cooling and cold plate cooling."

The term "looking at," he said, means creating a standard methodology that will help everyone from data center operators to vendors marketing servers and liquid cooling systems to rack designers.

"We know how much water we need to provide; we know the temperatures that are coming from the facility; we know what type of water temperatures we get returned; we understand the pressures that are involved in these pumps," he said. "By doing that, we've actually decoupled the facility from the IT equipment, yet when they're put together it ends up being a good solid solution for liquid cooling.

"That's just an example of some of the work that we're doing," he added.

Ampere Computing, a Santa Clara-based startup that develops ARM-based processors for servers, signed up as an OCP member almost immediately after the company's launch.

"Ampere's only been around for four-and-a-half years, and we've been involved with OCP for the last four years," Jeff Wittich, Ampere's Chief Product Officer told DCK. "We knew it was a community that we wanted to be involved with, and we felt it was important that OCP members had access to something that wasn't just the standard x86 servers."

Although Arm processors had come to the forefront about a decade earlier as the main driver of mobile devices, when Ampere was getting started in 2018 the processor still hadn't gotten much traction on servers, where Intel and x86 machines were the de facto standard, despite the fact that Arm CPUs were already proving their capabilities and had a reputation of being much more energy efficient than processors from Intel or AMD.

"There certainly wasn't an ecosystem," Wittich said. "Each time someone came out with an Arm based server part, there was maybe one ODM that was building platforms and it was one type of platform; you didn't have a wide variety of configurations. On the firmware side, you didn't have the type of maturity of firmware, and it wasn't easy for people to get access to the firmware."

"These were all things that we felt like the OCP community could could help us facilitate and we would benefit from," he added.

Wittich said that one of the biggest benefits that OCP membership has brought to Ampere is that it's opened the door for the company to collaborate with others in the data center space.

"It's hard to get a lot of these companies together," Wittich said. "Where else can you get Google, Microsoft, Bloomberg, and Target all in the same room and talking about stuff collaboratively? It's really good for that, and I think everybody's got the same goals in mind in terms of driving data center sustainability, driving innovation at the platform level, and moving the industry forward."

An example of how this sort of networking has paid off for Ampere can be found in the Mt. Jade server, which started out as a project with equipment maker Wiwynn, another OCP member, to create a reference board for Ampere to use in-house to validate its Altra CPUs. Somewhere along the way, the decision was made to make the platform available as a Wiwynn branded server.

"We designed it with Wiwynn and they actually built the boards, built the servers and they're selling it to customers right now," he said. "I can tell you there's one really large data center customer that's got thousands of these deployed in their data center."

During November's OCP Summit conference, Ampere contributed the design for Mt. Jade to OCP, making it the first Arm-based server to be contributed to the project.

These sorts of collaborative efforts, many on an even larger scale, seem to be key to how OCP works.

"A couple of years ago, we launched the Open Accelerator Infrastructure Project that had about a dozen companies involved to define an accelerator module that fundamentally was a 400-watt module," OCP's Carter said. "You could put eight of these into onto a baseboard, and that baseboard could drop into an enclosure and have some power delivery and some IO with it. There were actually about eight different specs that came out of that -- that defined the module itself, the baseboard, the enclosure, power delivery systems, how it was going to be cooled, and how you deliver power to it.

"Those are all developed in a community environment and shared with everybody," he added.