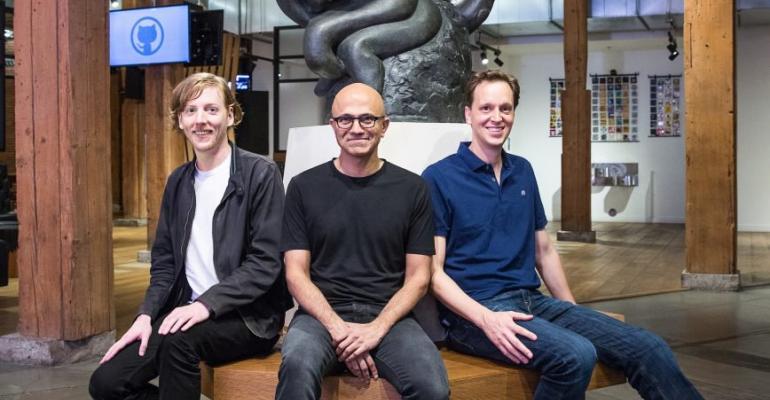 Microsoft has lowered the price on GitHub's private repositories that aren't publicly viewable all the way down to zero dollars. "For the first time, developers can use GitHub for their private projects with up to three collaborators per repository for free," Nat Friedman, GitHub's CEO wrote in a blog on Monday to officially announce the new policy.

Is this any way for Microsoft to act? Redmond is supposed to be using its ownership of GitHub to somehow send open source developers back to the dark ages, or to at least extort as much money from them as it can. At least, that's what some open source advocates have been expecting since Microsoft bought the hosting and development service in June for $7.5 billion. Those old enough to remember when Redmond was open source's "public enemy number one" were certain the purchase was directly out of the "embrace-extend-extinguish" playbook from the old Microsoft.

Or as one GitHub user posted at the time, "It's embrace-extend-monopolize-monetize. It's just a matter of time before it happens to Github."

Of course, it's hard to monetize by giving it away for free, but I'm certain someone will come up with a theory. They already have, kinda sorta. When I asked for input about the new GitHub pricing on Twitter, one follower immediately responded, "'Private' and 'free.' They always forget the quotes."

And there's always the fact that private repositories are the safest way to use GitHub for proprietary projects.

It's more than a little difficult to find nefarious intent in Monday's announcement, however.

Before the change, the price for a now free private repository was $7 monthly. Those who've been shelling out the fee for a private repository are now "Pro" users, but they can downgrade to the free status from their settings page, with the only change being that the number of collaborators will drop from "unlimited" to three and they'll lose access to code review tools.

GitHub also announced on Monday that it's combined Enterprise Cloud (its cloud service) and Enterprise Server (software for on premises installation) into a new product it's calling GitHub Enterprise, which will weigh in at $21 monthly per user. "[W]ith GitHub Connect, these products can be securely linked, providing a hybrid option so developers can work seamlessly across both environments," Friedman explained.

Meanwhile, there needs to be a search to find a new company to inherit the "evil empire" status that Microsoft seems to have abandoned.