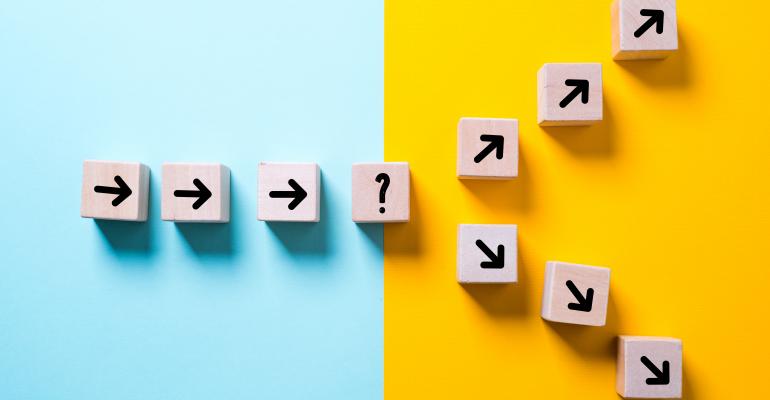 IT shops may be looking for a CentOS replacement in advance of its support sunsetting. Here are some alternative free Linux distros.

Red Hat’s December 2020 announcement that it will do away with CentOS, its free-to-use downstream clone of Red Hat Enterprise Linux, caused a stir among IT shops in the estimated 2,500 companies that rely on CentOS to run production workloads, as well as for testing or development purposes. These include Northrup Gruman, Comcast, Verizon, Master Card, Indeed and many others.

Red Hat, which gained control of CentOS in 2014, said it's replacing the distribution with the previously announced CentOS Streams, which sits upstream of RHEL as a constantly morphing, rolling-release distro instead of using traditional scheduled releases that enterprises prefer.

Related: AlmaLinux, the $1M Drop-In CentOs Replacement, Is Out and Bound for Data Centers

For companies that are currently running CentOS, one of the appealing features was the budget-friendly aspect: They were running CentOS specifically because they need the rock-solid stability of RHEL, but wish to avoid paying Red Hat for expensive support subscriptions because they’ve already got in-house expertise.

Sitting upstream and being used as a testing ground for RHEL's next release raises concerns about possible stability issues if bugs or software conflicts are inadvertently introduced. Also, moving from a predictable, traditional new-release schedule to a constantly updating release schedule really changes how enterprises have to work.

While CentOS 7 won't reach end-of-life status until 2024, giving users three years to come up with a plan for its replacement, Red Hat will quit supporting the latest release, CentOS 8, on Dec. 31, 2021.

For IT shops looking for an alternative to CentOS, there are a number of Linux distributions that can function as CentOS replacements and are also based on RHEL; two of them are specifically being developed to fill the void.

CloudLinux, the company behind CloudLinux OS – a commercial security-hardened Linux distribution that's based on CentOS – announced AlmaLinux as a specific, drop-in replacement for CentOS 8 the day after Red Hat made its CentOS intentions known. It has pledged $1 million a year to keep the project going.

AlmaLinux already has released its first stable distro, meaning IT pros can go ahead and start testing it.

The pluses for this one are big. Because it's basically a clone of CentOS 8, any workloads that are already working well on that distro should in theory automatically run without problems on this one. The upgrade path from CentOS 8 to AlmaLinux is also a painless affair that can be done on the fly with no downtime, simply by running an Alma-supplied script.

On the negative side, the distribution currently doesn't support UEFI "secure boot" installation, as that requires cooperation from Microsoft. CloudLinux CEO Igor Seletskiy told ITPro Today that problem should be worked out long before CentOS 8 reaches its end of life. The distro also does not have FIPS and CIS security certifications for regulated businesses, while CentOS has a FIPS compliance mode and a step-by-step security checklist developed with the Center for Internet Security.

And finally, the distro currently only runs on x86 machines, although developers hope to have it up and running on Arm64 devices in the near future.

Rocky Linux is another new Linux distro that was born to fill the void that the passing of CentOS will open. It was also the first CentOS replacement to be announced following the news from Red Hat.

Like AlmaLinux, Rocky also comes with a strong CentOS pedigree. The project is being led by Gregory Kurtzer, who was the founder and project lead at CentOS from 2002 to 2005. Kurtzer said the project has already raised approximately $2 million in funding, with several large companies, including Amazon, signed up as top-tier sponsors.

Kurtzer told ITPro Today that users should also be able to upgrade entire fleets of servers running CentOS 8 without experiencing any downtime – in this case by running some terminal commands.

Several versions of this distro are planned, Kurtzer said, starting with the core version, which will be designed solely as a CentOS replacement. Using that as a core, other editions will be designed specifically for various workloads, including  minified versions designed for embedded devices that will be available for both x86 and Arm processors.

If your organization is running workloads that require FIPS or CIS certifications, you might want to take a wait-and-see approach here, however. While Kurtzer told us that FIPS and CIS certifications are “absolutely a goal of ours,” he added that “[because] we are a community endeavor, it will 100% be dependent on our enterprise user base both pushing for this as well as helping to enact it. With the right partners, this will absolutely happen and I’m working with organizations now in this regard.”

The first Rocky Linux release candidate is scheduled to be available on April 30, Kurtzer said, with the first stable release expected to arrive sometime in June.

Oracle Linux is a free-to-use Linux distribution, compiled from RHEL source code, that Oracle launched in 2006. Although the company has its own modified version of the Linux kernel, Unbreakable Enterprise Kernel, which it says is 100% compatible with RHEL, it also makes available what it calls Red Hat Compatible Kernel, which is identical to the kernel that ships with RHEL.

One advantage to using Oracle Linux as a drop-in replacement for RHEL is that the company offers two levels of paid support, which can be purchased and activated online at a later date if an organization decides it no longer wants to support the software on its own.

Another plus for regulated businesses is that the distribution has FIPS and CIS certifications.

On the downside, although Oracle has been offering a free version of Oracle Linux for nearly 15 years, there is always the risk that Oracle could decide to make Oracle Linux available on a paid subscription basis only basis, similar to the Red Hat model, which would effectively close the door on upgrading without a support contract.

Traditionally, RHEL hasn’t been available for production use without a paid subscription. However, Red Hat now allows free use of 16 instances of RHEL running production workloads, making it a perfect solution for small and medium-sized businesses with needs that fall beneath that threshold.

Shortly after Red Hat announced that it is pulling the plug on CentOS, it expanded its no-cost Red Hat Developer program, which had been limited to a single machine running non-production developer workloads, to include the free use RHEL on up to 16 machines, with production workloads now being allowed.

All that's required to take advantage of this is the opening of a free Red Hat account, which will allow you to download RHEL and get updates.

"Nothing else is required," Red Hat said in a statement. "This isn't a sales program and no sales representative will follow up. An option will exist within the subscription to easily upgrade to full support, but that's up to you."

For more than 16 servers, self-supported RHEL will cost $349 per year per server.