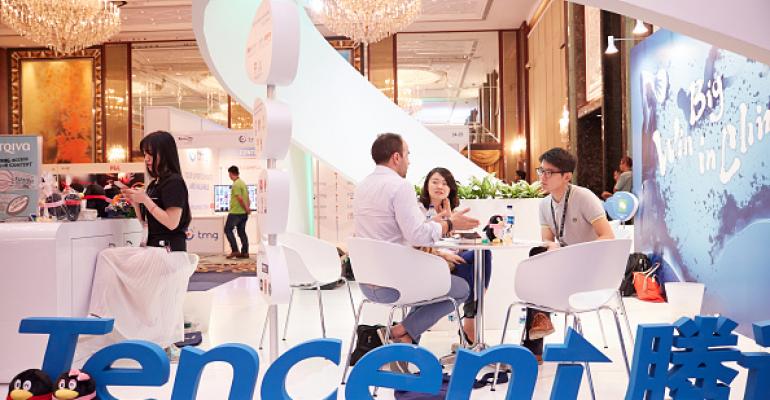 Google has become a platinum member of the Linux Foundation. You can be excused for thinking that the Alphabet subsidiary was already a member of the open source software non-profit, because it was. It's merely upped its game by going from a third-tier silver membership to spending $500,000 a year for the top-level tier.

This isn't the entire extent of Google's involvement with the foundation. Among other things, the search, cloud, and practically-everything-else-on-the-internet company is a founding member of the Cloud Native Computing Foundation, the Kubernetes-anchored project which in three years has grown to be one of the most important projects on the foundation's roster.

This was a big week for deep-pocketed platinum members signing up. The Chinese multinational investment holding conglomerate and tech giant Tencent also signed on at the platinum level. Like Google, the $500 billion company has previous ties to the foundation, most notably as a founding member of its Deep Learning Foundation that launched earlier this year.

Both companies will get a lot of bang for their bucks.

As platinum members, each company gets to appoint a representative to sit on the foundation's board of directors. For Google, that will be Sarah Novotny, who is both head of open source strategy for Google Cloud Platform and the program manager of its Kubernetes community. Before that, she spent nearly two years as head of developer relations at NGINX, which develops the eponymous web server that's also used as a reverse proxy, load balancer, and more.

"We are honored that Sarah Novotny, one of the leading figures in the open source community, will join our board – she will be a tremendous asset," he said.

"The Linux Foundation is a fixture in the open source community," Novotny said in her statement for Google. "By working closely with the organization, we can better engage with the community-at-large and continue to build a more inclusive ecosystem where everyone can benefit."

Representing Tencent on the board will be Liu Xin, general manager of the company's mobile internet group -- a key part of the business, known for its dominance in mobile gaming and for WeChat, China's biggest mobile messaging app. He got Tencent's involvement rolling off the bat by contributing several open source projects to the foundation.

With platinum memberships, the pair join 13 other companies on a list that includes the likes of Microsoft, Intel, Cisco, and IBM. With their board seats they hope to have a say not only in the direction that Linux development takes but in selection of new projects that are added to the foundation's growing roster and provide input for existing projects.

In addition, both companies will be able to take advantage of the foundation’s expertise in areas such as open source governance, legal and compliance, events, marketing, and more. In return, the companies pledge to offer support and resources to the foundation's open source projects.

The latter should pose no problems, since both companies are heavily invested in both Linux and open source. Both are platinum members of the Open Compute Project, an open source project focused on data center products and design, and both have released a large amount of software under open source licenses.

Today, Google's most well-known contribution perhaps is Kubernetes, but that's not even the tip of the iceberg as the company routinely releases software it develops as open source and can count over 10,000 open source projects to its credit. In addition, since 2005 Google has sponsored the annual "Summer of Code," which awards stipends to students who successfully complete an open-source software coding project during summer recess.

For its part, Tencent was one the first companies to leverage the OpenDaylight SDN controller and is a founder of the China Open SDN committee. It also sponsors many open source projects on GitHub, and in addition to it's involvement with the deep learning project, is a member of the Cloud Native Computing Foundation, Hyperledger, Open Source Networking, and the Open Networking Foundation.

Both also have many fingers in the cloud pie, which very well might be central to both organizations' new Linux Foundation membership statuses.

It's probably no coincidence that on the day Google's platinum membership was announced a blog post appeared, authored by Google Cloud Platform VPs Melody Meckfessel and Eric Brewer, and GCP's director of solution architecture, Miles Ward, spelling out the company's commitment to and definition of an "open cloud." Among other things, the blog's authors called for the ability to easily move applications across clouds and for open APIs to "preserve everyone’s ability to build on each other’s work."

With GCP seemingly stuck in fourth place in the public cloud arena, with a market share of about 5 percent, open standards that would make cloud workloads more portable would be an advantage as it works to hasten multi-cloud adoption, which would open doors for GCP adoption. Its Linux Foundation involvement will offer a platform to attempt to push the cloud in that direction.

Tencent is in a similar situation. With WeChat and QQ, the company is king of China's social media scene, but it battles its biggest competitor Alibaba in many tech arenas. And although Tencent is the largest internet company in China, its Tencent Cloud plays something of a second fiddle to Alibaba Cloud on its native soil. No doubt, it's planning to leverage its relationship with the Linux Foundation in part to help it strengthen its AI capabilities for a competitive advantage.

Alibaba is also a Linux Foundation member, having signed up at the gold level in March, 2017.