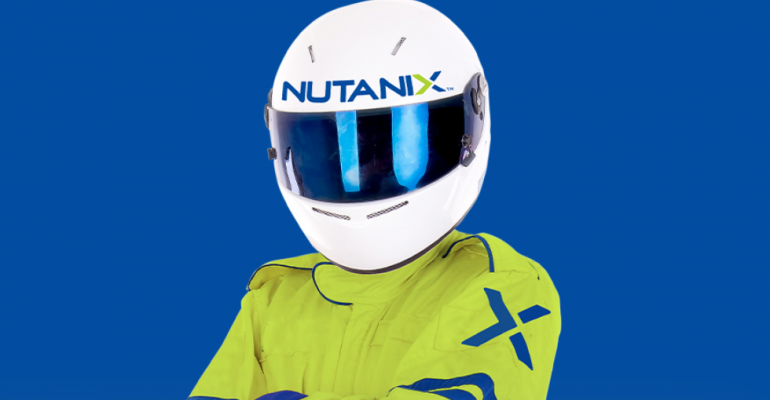 The company is advancing its effort to be recognized as a cloud platform vendor rather than an HCI vendor.

At its .Next Conference, held virtually on Tuesday, the company announced that the new version of its HCI software provides 50 percent faster performance and native virtual networking. It also includes two new cloud-based software offerings: Flow Security Central for network visibility, security monitoring, and security compliance; and Prism Ultimate, a new version of its centralized software for managing compute, storage, and networking.

The new version of Prism adds insights into application performance and automates troubleshooting of application-related infrastructure issues. It’s also the first time Prism is available on a Software-as-a-Service basis, which improves performance, because Nutanix can power the software with more CPUs and memory than a single enterprise can, Nutanix CTO Rajiv Mirani, told Data Center Knowledge.

Prism SaaS also gives Nutanix the ability to monitor systems across its customers’ environments globally and use that collective data for predictive analytics.

“What we can do is apply a lot more resources and provide deeper insights into what’s happening,” Mirani said. “We can hone in on insights quicker.”

Nutanix is also launching Karbon Platform Services, a new Kubernetes-based Platform-as-a-Service that provides software developers the underlying components they need to quickly build containerized apps that can run on-premises and in public clouds.

Like its competitors, Nutanix has engineered its software and developed cloud partnerships to enable enterprises to move from on-premises data centers to a hybrid cloud model. Last month it announced that its HCI software is now available as a service on AWS, allowing customers to deploy cloud instances and manage their hybrid cloud infrastructure with a single interface through the Nutanix Prism management software.

And like its rivals Nutanix has built a Kubernetes platform to make it easier for customers to deploy and manage containers across hybrid and multi-cloud environments.

As for the competition, Cisco this year rolled out a plug-and-play Kubernetes software package for its HyperFlex HCI solution; VMware baked Kubernetes into vSphere 7 and introduced its Tanzu offerings for managing Kubernetes clusters in a hybrid cloud; and HPE unveiled Ezmeral for deploying Kubernetes anywhere.

Vendors are seeing huge demand for Kubernetes and seamless hybrid and multi-cloud experiences – and Nutanix is well-positioned to capitalize on the market, analysts say.

“The high-level takeaway is that Nutanix wants to shift the perception of them as an HCI company to more of a cloud platform company,” said Bob Laliberte, senior analyst at Enterprise Strategy Group.

Nutanix is taking advantage of the latest storage technologies, including NVME-based SSDs and Intel Optane SSDs. The result is lower latency that boosts performance of I/O-intensive workloads by 50 percent, the company said.

Flow Security Central is a SaaS offering that allows IT administrators to monitor the network, check for security compliance, and get an overall view of the security posture of their Nutanix deployments through a single interface, Mirani, the CTO, told us. It can also make security recommendations.

New virtual networking features that will simplify hybrid and multi-cloud deployments will be available by the end of 2020 or in early 2021, Mirani said.

Eric Sheppard, research VP for IDC’s Infrastructure Platforms and Technologies group, said Nutanix had a strong HCI solution and hybrid cloud story before, but the performance boost and improvements in security, networking, and management should help it attract more customers and convince more enterprises to adopt hyperconverged infrastructure.

“Over the last five years the technology and feature gaps between HCI and traditional on-premise offerings has been closing steadily,” Sheppard said. “We’ve seen big improvements in performance. Users are given more reasons to look into HCI for their workloads when they may have held off in the past. It’s harder and harder for organizations to say HCI is not for me.”

“We are in a very good spot,” he said. “People are aware of the technology and agree it’s the way to modernize their data centers. We are in the early days of penetration into the market in terms of hyperconverged infrastructure as a percentage of data center infrastructure. It’s still small. We have the best product. There is a lot of room for growth.”

Nutanix initially released its Karbon Kubernetes software for on-premises, private cloud deployments in 2019. The company is now making it available as a service through its Karbon Platform Services.

Karbon Platform Services, which is available now, bundles all the necessary tools and services together, so developers don’t have to waste time trying to cobble the parts together themselves, said Laliberte, the ESG analyst.

Nutanix offers an attractive solution to enterprise customers, because they can use Karbon Platform Services on-premises, on multiple public clouds, and at the edge. They are not locked into any public cloud provider’s own Kubernetes platform, Laliberte said.

“For customers who have been using Nutanix, this is a no-brainer for operational efficiency,” he said. “If I’m using this already on-premise and want to use it in the cloud, it looks and feels the same. It makes it an easy path for organizations to adopt that multi-cloud and hybrid cloud environment.”