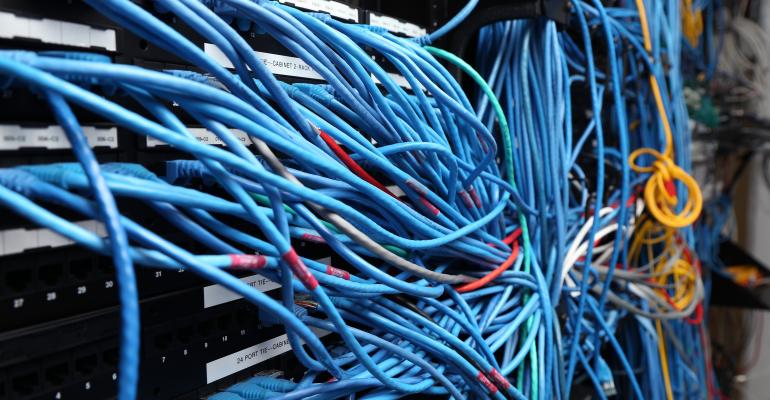 On a warm August evening twenty-two years ago, a promising young tech professional by the name of Inder Sidhu sat down for dinner with his wife to discuss a new career opportunity with a then up-and-coming developer of networking gear. The company was Cisco. Sidhu laid out his reasons for taking the new position. Cisco, he noted, was already a $1 billion player in networking and quickly on its way to becoming a $5 billion powerhouse. It had a visionary CEO and a product roadmap that was unlike any other in the market. After listening carefully, his wife smiled and said, “Take the job.”

This August Sidhu sat down for dinner with his wife and found himself having the very same conversation as before. Sidhu, who retired from Cisco after 20 years, was mulling another job with another tech company with ambitious plans to be the next $5-plus billion powerhouse. Like Cisco, it, too, had a visionary CEO, an enviable technology portfolio and an annual rate of growth approaching 70 percent. As she did before, Sidhu’s wife listened patiently, thought about the offer and said, “Take the job.”

In October, Sidhu did just that, officially becoming the Executive Vice President of Global Customer Success and Business Operations at Nutanix, a developer of enterprise cloud platform technology that combines compute, virtualization and storage into a software-defined solution with machine intelligence.

In this exclusive with Channel Futures, Sidhu shares what attracted him to Nutanix and why he believes it is poised to disrupt the market the way his former employer did nearly a generation ago. (Editor’s note: I worked with Sidhu on two of his books while working for Cisco, "Doing Both" and "The Digital Revolution," both of which were published by Pearson’s Financial Times Press.)

Channel Futures: Why Nutanix? What is it about its value proposition that made you say, “this is the place for me?”

Sidhu: After taking some time off, I wanted to make sure that I landed at the right place. I promised myself that the next company I joined would have four distinct qualities. Number one, I wanted to join a company with a large market opportunity and a compelling strategic vision to capitalize on it. Number two, I wanted a company with unique and differentiated technology. Without it, you run out of fuel. The third thing I looked for in a company was whether or not its customers loved it. And finally, number four, I wanted a place that had sound values and a positive, fun culture with motivated, talented people who worked together in an environment that was free of politics and egos. Channel Futures: So, am guessing that Nutanix stacked up favorably?

Sidhu: Well, on the first point, Nutanix gets a big check. The market opportunity it is going after, enterprise and hybrid operating systems, is incredibly large—close to $100 billion. As for their technology, I asked around. I even checked with their competitors, who to a “T” all said the same thing: “Yep, their technology is damn good.” As for its customers, I checked Nutanix’s Net Promoter score. It was a staggering 90, which is almost unheard of. Clearly their customers loved them. As for culture, everyone on the board, leadership team and beyond that I met was fantastic. After getting all these checks, I began thinking, “this has to be a sign.”

Channel Futures: When you look at the landscape Nutanix competes in, how big of a company can it be?

Sidhu: I think it can be huge. The last time I jumped on the train with a $1 billion company, it went all the way to $50 billion before I stepped off. I see Nutanix having that kind of transformative potential. Now, I’m not saying that we’re going to get there overnight. But this is clearly a company with big potential. We want to first be a $5 billion company, and then a $10 billion company beyond that. Others are believers too. A week before I met our CEO, Goldman Sachs put out a note that essentially said Nutanix was a once-in-a-decade company. Why all the excitement? Nutanix is essentially building the enterprise operating system for the hybrid-cloud environment.

Channel Futures: Obviously, that’s a big deal and something that others are attempting to build, too. How does the Nutanix stack compare to others? What sets it apart, in other words.

Sidhu: Public clouds like AWS have brought unprecedented levels of agility to businesses and offered them an attractive pay-as-you-go consumption model. At the highest level, our technology allows customers to realize similar levels of agility and a similar pay-as-you-go consumption model from their on-premises infrastructure. You could think of it as “AWS-inside.” At the same time, we let our customers have the flexibility to utilize public clouds for their workloads where it makes sense, all the while making the management of and mobility between these disparate environments extremely easy—i.e., without the pain associated with “lift-and-shift” approaches. We do this by simplifying the full infrastructure stack. That way, IT teams spend less time tending to infrastructure minutiae and more time on the services that drive their businesses.

There are only a handful of technology companies that can even lay claim to offering a full stack of infrastructure software; traditional infrastructure vendors, who dealt with only a piece of the stack, are on a steady path to obsolescence. Unlike the other full-stack offerings that lock customers in, Nutanix is unique in that it allows customers complete choice and lets them make the transition from their traditional on-prem infrastructure to a cloud-like infrastructure with a single click. Other stacks have been cobbled together from a mish-mash of pre-cloud technologies and are unlikely to be able to handle the scale enterprise customers are looking for. Nutanix’s Enterprise Cloud OS, on the other hand, has a robust web-scale foundation and is already being leveraged by several thousand enterprise customers as the basis of their hybrid operating environment.

So basically, Nutanix is AWS-inside, homogenized private and public cloud, complete choice, and one-click portability across multiple clouds. The ability to use Nutanix in any cloud environment makes the company a key player in the multi-cloud era.

Channel Futures: Let’s shift to you and your role as EVP of global customer success and business operations? You wrote a New York Times business best-seller called “Doing Both,” which examined the ways people and organizations sometimes have to exercise opposing muscle groups to achieve their goals. Are you going to have rely on your own advice to do both of these things at Nutanix?

Sidhu: You’re right, this is absolutely a “doing both” role. The internal job is all about helping the company run as efficiently and as “frictionlessly” as possible. The external job is all about helping customers succeed. The two goals are actually mutually reinforcing. This is incredibly important to us as we journey from being an appliance company to a software company to a SaaS company and then, ultimately, to a services company. Customers can consume our value in any manner they choose.

Channel Futures: Talk about the role that channel partners play in the success of Nutanix and how it can create opportunities for them.

Sidhu: All Nutanix sales go through partners today. We understand that in order to participate in the digital revolution that is under way, you need a key technology supplier and a trusted local partner that adds value. Nutanix offers partners a lot of opportunity to make money through meaningful engagement.

Channel Futures: Lastly, as a long-time Silicon Valley observer, give us a sense of what you see and hear today.

Sidhu: Optimism is still high. People here see the transformative power of digital technologies every day and that inspires them. And they see how innovations can translate into high valuations for employers and employees alike. You can make the argument that the valuations of private companies overshot a little bit. After all, they don’t have the same self-correcting mechanism that public companies, which report results every three months, do. Without that reality check, things for some companies got a little bit out of whack. But things now seem more reasonable. I would say that there is a ton of innovation still going on. This is especially true in the area of artificial intelligence and machine learning. The technology is finding itself into almost everything. Then there’s cloud technology, which continues to transform but in a different way than, say, a year ago. If you were to look back a year ago, public cloud was all the rage. You heard things like, “why would people want to have a private data center?” As people realize both the technological and regulatory limitations of this thinking, they come to the conclusion that they will likely end up with a hybrid-technology solution. In that world, they will want their applications and workloads to move between clouds frictionlessly. That’s where we shine.