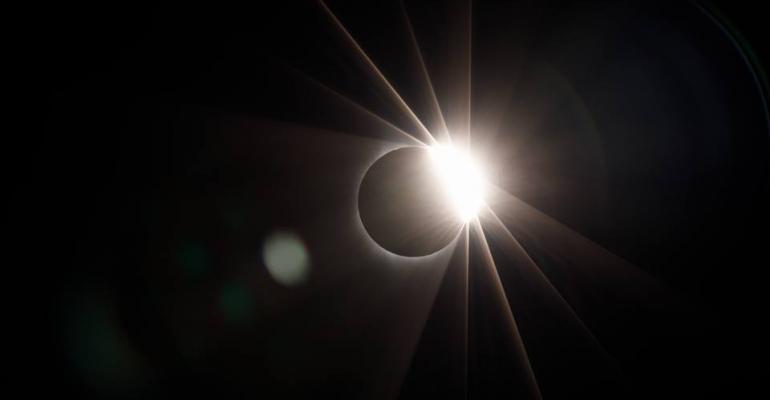 Mark Zuckerberg's Facebook profile
The solar eclipse on August 21, 2017, shot from the roof of the Facebook data center in Prineville, Oregon
Regions>North America

If you live in the US and you’ve been checking your Facebook feed since Monday morning, chances are it’s been flooded with shots of the solar eclipse that graced the American skies roughly after 10 a.m. Pacific, interspersed with photos of Donald Trump staring at the sun with a naked eye.

One of the data centers where those photos went before being delivered to your screen happened to be in one of the best places on the planet at that time to view the rare cosmic event: the Facebook data center in Prineville, Oregon, was in the path of totality on Monday morning.

Employees of the data center didn’t waste the opportunity and shot a time-lapse video of the eclipse from the facility’s roof. The company’s co-founder and CEO Mark Zuckerberg posted some of those images on his Facebook page.

The social network was the first company to build a data center in Prineville followed by Apple, which also built a server farm in town.

The Facebook data center in Prineville is the first data center the company designed and built for itself, marking a shift from an earlier infrastructure strategy that relied on leased data center space. It still leases data centers in numerous places around the world, but it’s also been continuously building its own.