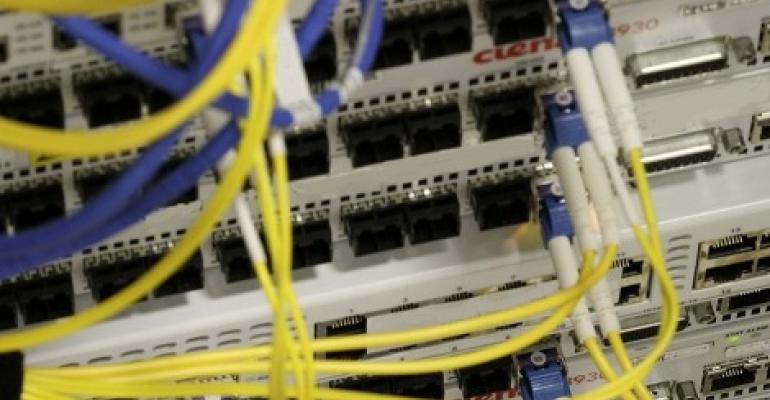 Everybody was probably sporting smiles on Monday at Hurricane Electric’s headquarters in Fremont, California. Why? The network operator, which runs a vital part of the internet’s backbone, announced it’s become the first network in the world to connect to over 4,000 IPv6 networks. If they handed out gold medals for such things, this would be the company’s second trophy for the same category. In 2010 it became the first to connect to 1,000 IPv6 networks.

That likely doesn’t mean much to the average Joe or Jane on the street and it probably won’t attract more than passing interest from most IT workers, but it’s an important milestone for anyone who earns their living by harnessing the infrastructure of the internet — like service providers and data center operators. In case you don’t know, Hurricane Electric is both.

IPv6 — for Internet Protocol version 6 — is the new addressing system for the internet that will eventually replace IPv4, which has been used since the ancient days of ARPANET. IPv4 works just fine, but as a 32-bit system is limited to 4.29 billion addresses. That seemed like enough to last forever when it was first pressed into service in 1983, but that was before the days of the public internet, which began to rapidly eat through available IP addresses by the late 1990s. The limitation became even more alarming around 2007 with the introduction of the iPhone, which heralded the coming of the Internet of Things with billions of connected devices all needing their own IP address.

The pool of available IPv4 addresses was officially exhausted on February 3, 2011 with the allocation of the last five blocks of numbers, although individual IP addresses have remained available due to they way they’re distributed.

Luckily, the problem was noted early, and development on IPv6 was begun in the late 1990s, long before the numbers started to run too low.

“We’ve been aggressively growing our next generation IPv6 network, which has created tremendous growth in the number of networks we connect to. This increase will provide more direct paths to more destinations, lower latency, and improve throughput for the networks and internet companies we serve, resulting in a better internet experience for their customers. We started building an IPv6 backbone long ago to be better prepared to best serve our customers so they can continue their growth unimpeded as the internet gradually transitions to this new protocol.”

Being a 128 bit system, IPv6 can produce a number of individual IP addresses usually denoted as 2^128, which translates into a number too long to be meaningful if printed and when spoken would be 340 undecillion, which has nine more commas than billions. That’s enough to supply our IP address needs for a long, long time. It’s also enough to set aside large blocks of numbers to be used for other purposes. And because the numbers themselves are longer, they can contain more information, allowing for more efficient routing and package processing, directed data flows, simplified network configuration, and more.

The two systems are not backwards compatible, however, IPv4-only hosts cannot directly communicate with IPv6-only hosts, which has slowed the migration to version six, even though it was officially “launched” in 2012 (and had actually been in use for a number of years before then). That’s also why IPv6 will eventually completely replace IPv4 — having two incompatible standards is less than ideal.

For companies like Hurricane, that take part in the nuts-and-bolts running of the internet, that day can’t come soon enough — especially with version six’s added efficiency, which will allow existing bandwidth capabilities to go further. The tipping point — the day when IPv4 can be sunsetted — is definitely on the horizon. According to Google, the percentage of users that access its website over IPv6 passed 20 percent for the first time on July 22nd, 2017 — a figure that stood at 10 percent in January of 2016.

This is the geekiest shirt I have ever had, thanks to @henet for their IPv6 service pic.twitter.com/YppCsfigXw

IPv4 will still be with us for a while, however. A little over a year go, in March of 2016, Hurricane reached the milestone of being connected to 5,000 IPv4 networks, establishing itself as the most connected IPv4 network as well. Currently, the company is connected to more than 6,400 IPv4 networks — a figure it says will continue to grow.