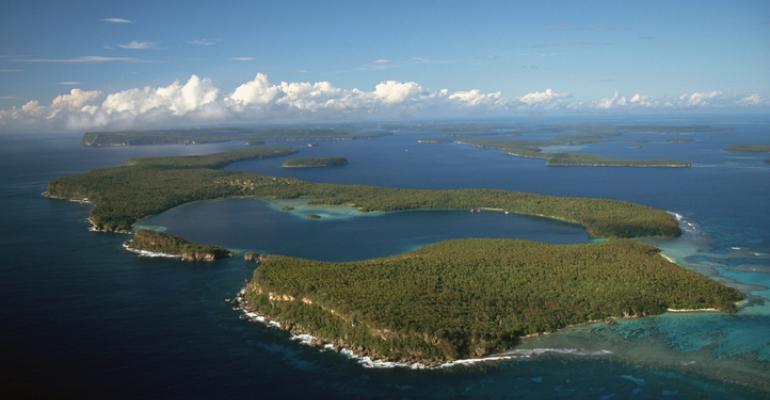 If your disaster preparedness plans had a check box for oceanic cable traffic disruption due to an undersea volcano, bravo. Bet the lottery this week. Most of the world was caught off guard by the surprisingly powerful nature of this weekend's Hunga Tonga-Hunga Ha'apai eruption.

Fortunately, the impact on international internet traffic was minimal on a global scale. Locally, communications with Tonga are disrupted as regular phone lines are down, and the internet cable from Fiji to Tonga seems to have been damaged. To that point, the cable service that is the only connection between Tonga and the outside world is out. Authorities and operators did not switch it off or disconnect it. The implication is that the volcanic blast and its aftermath cut the fiber-optic cable connecting Tonga to the rest of the world.

Roughly 95 percent of intercontinental global data traffic travels over undersea cables that run across the ocean floor. Undersea cables are preferred for many reasons. Most importantly, they provide virtually unlimited bandwidth and very low latency compared to satellite communications.

The previous weekend's volcano points to an issue that experts have been concerned about for years.

The global undersea cable network is very fragile and can go offline quickly. It is subject to disruptions from accidental cuts, malicious damage, and damage caused by natural disasters like hurricanes, tsunamis, and other incidents.

Undersea volcanos are just one more potential source of outages. How likely is something like this to happen again? While not an exact match, there is quite a bit of overlap when you overlay a submarine cable map and a map of the Pacific Ocean ring of fire, which is a region around much of the rim of the Pacific Ocean where many volcanic eruptions and earthquakes occur. The Tonga volcano is part of the Pacific Ring of Fire.

Unfortunately, certain regions of the world, including the Hawaiian Islands, the Suez Canal, Guam, and the Sunda Strait in Indonesia, are major points where many cables converge and locations where natural disasters occur.

The issue has been highlighted for decades. For example, a 2009 paper by researchers at the University of New South Wales focused on Hawaiian and Australian vulnerabilities. In the paper, Professors Dale Dominey-Howes and J. Goff said: "a variety of natural hazard processes are capable of damaging and destroying this infrastructure, both in deep water and at the coast. Some places within the global telecommunications system are already known to be bottlenecks or 'choke points.' Hawaii is just such a choke point, and interestingly, Hawaii is also affected by numerous large magnitude natural hazard processes. Any damage to the submarine telecommunications infrastructure routed through Hawaii could result in significant impacts on the electronic flow of data and voice traffic, negatively affecting dependent economies such as Australia."

So, what's the solution to prevent major outages? Enterprises do not have the option of laying their own alternative route of global cables due to the costs and logistics. Nations and major users (i.e., leading cloud and communications service providers) must plan for the use of more satellite capabilities even though cable is preferred.

Additionally, as Dominey-Howes noted: "the first step to mitigating risk is to undertake research to quantify and evaluate the actual risk to submarine cables in particular places on the ocean floors and to different types of natural hazards."