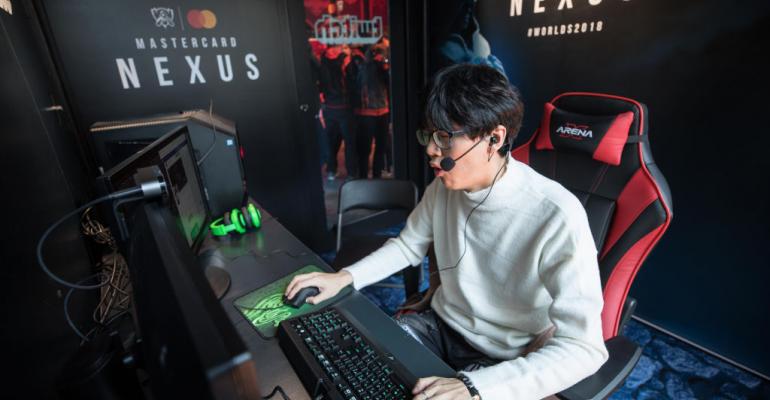 “While video streaming is far from the most important thing on the world agenda, it is an industry that indirectly will see a major shift due to the crisis."

Lucas Shaw and Olga Kharif (Bloomberg) -- For years, TV executives have fretted there is too much TV. Now, with the coronavirus looming large, they are worried there might not be enough.

Because of the pandemic, streaming surged this past weekend, according to Wurl Inc., a company that delivers video and advertising to connected TVs. The amount of time people spent streaming spiked by more than 20% worldwide, including more than 40% in Austria and Spain.

While streaming services haven’t commented on any increases in traffic, researchers are seeing more activity in places like Netflix Inc. and Twitch, the online gaming network owned by Amazon.com Inc. Installs of the Netflix app leaped 34% last week in Spain and 57% in Italy, according to SensorTower. Italy has the second-most coronavirus cases worldwide, after China.

“While video streaming is far from the most important thing on the world agenda, it is an industry that indirectly will see a major shift due to the crisis,” said Sean Doherty, Wurl’s chief executive officer.

Driving that growth is the collapse of many leisure and entertainment activities because of the virus, from restaurants and movie theaters to professional sports and concerts.

The swift expansion of streaming use comes with some challenges. Austrian regulators are considering suspending neutrality rules to let network operators throttle Netflix bandwidth, after a rise in data congestion complaints from people working at home, an Austrian newspaper reported.

Media companies have torn up their normal strategies to satisfy growing demand for programming from people stuck at home. Universal Pictures, the studio division of cable giant Comcast Corp., will offer three movies for rental at home before they leave theaters, while Walt Disney Co. released “Frozen 2” on its streaming services months ahead of schedule.

While viewing of live TV is also on the rise thanks to 24/7 coverage of the virus outbreak and more people being stuck at home, production of most TV shows and movies has halted for the foreseeable future, creating a potential shortage of new programming.

Streaming services are in a good position because consumers look to them for their libraries of titles on demand -- not a live feed -- and they have already banked programs for release in the weeks ahead.

Traditional TV networks must be on the air 24 hours a day, and outlets such as CBS, Turner and ESPN have scrambled to replace the live sports that have gone on hiatus.

That’s opened the door to unconventional forms of programming, from marble rolling to live in-home concerts. Singer John Legend performed from his home Tuesday, streaming live on Instagram for an audience that reached almost 100,000 people.

One industry that may face minimal disruption from the pandemic is video games, which participants have long enjoyed and played without being in the same place.

The audience at Twitch, which lets viewers see gamers compete via livestreams, has increased 10% in the past few days, according to Doron Nir, CEO of StreamElements, a provider of tools and services to the industry. And YouTube Gaming is up 15%, he said.

“With more stay-at-home mandates being issued around the world and the entertainment industry finding new ways to migrate their offerings to livestreaming platforms, we expect to see these numbers rise,” he said in an email.

David Steinberg, who is 27 and streams himself playing video games, saw an influx of viewers in recent weeks as more people have been staying home.

“Now that sports are canceled -- NBA, PGA -- they are just out of stuff to watch,” he said. “I am a one-man army here in my basement and I can still create content. And with so many people looking online -- especially on Facebook, where they check how is their family is doing -- it’s been good.”

An increase in viewers could translate into more revenue from advertisers or sponsors looking to reach that captive audience, unless, that is, those companies tighten their belts, too. Steinberg says his total audience across sites like Facebook and YouTube is 3.5 million.