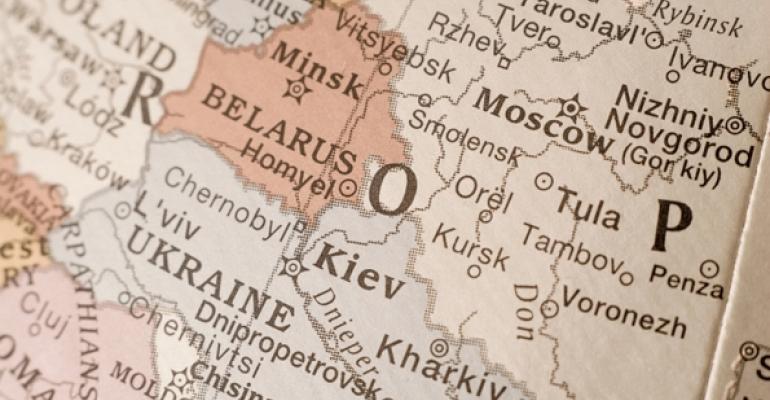 Russia blocked access to six virtual private networks, including some of the world’s most popular such services, as the government escalates its efforts to rein in the internet.

(Bloomberg) -- Russia blocked access to six virtual private networks, including some of the world’s most popular such services, as the government escalates its efforts to rein in the internet.

NordVPN and Express VPN were among the networks blocked for allowing “access to prohibited information and resources,” communications watchdog Roskomnadzor said in a statement Friday. These include material Russian authorities have deemed as extremist as well as what the regulator said was information relating to narcotics and child pornography.

Russia has ramped up its attempts to control access to information in the run-up to parliamentary elections this month, deeming numerous independent media groups as “foreign agents” subject to punitive restrictions and regularly fining international platforms including Alphabet Inc.’s Google and Facebook Inc. for failing to remove content flagged as illegal.

VPNs help circumvent restrictions on internet traffic and provide users with anonymity and greater security. Roskomnadzor said it has created a “white list” for software and apps that use VPNs for technical reasons that will be allowed to continue.

“Russia already has a long list of websites, messaging apps, and other digital services that are blacklisted, as well as a series of laws that threaten the prosecution of bloggers and allow authorities to ban websites without a court order,” NordVPN said in an e-mailed statement. “Plans to block VPNs are just another move to strengthen governmental control over online communications.”

NordVPN destroyed its servers in Russia after the government sought access in 2019 and will continue to offer its products “through available channels,” the statement said. Express VPN did not respond immediately to a request for comment.

The move comes amid an increasingly harsh crackdown on opposition that began with the arrest of President Vladimir Putin’s most vocal critic, Alexey Navalny, early this year. Since Navalny’s detention, groups affiliated with him have been labeled extremist and most of his top aides have fled the country amid the threat of criminal prosecution.

Pressure on foreign technology companies has also increased. Twitter Inc. was hit with measures that made it slow to load for failing to delete content. Roskomnadzor warned Google and Apple Inc. they may be regarded as interfering with the election process if they don’t remove an app started by Navalny, state-owned Tass reported this week, citing the watchdog.

Russia’s technical capabilities have improved since it sought to block the Telegram messaging platform several years ago over failure to share encryption information. It was unable to enforce the ban and ultimately backed down. But following a 2019 law, authorities have upgraded systems they say would allow Russia to completely cut itself off from the internet.