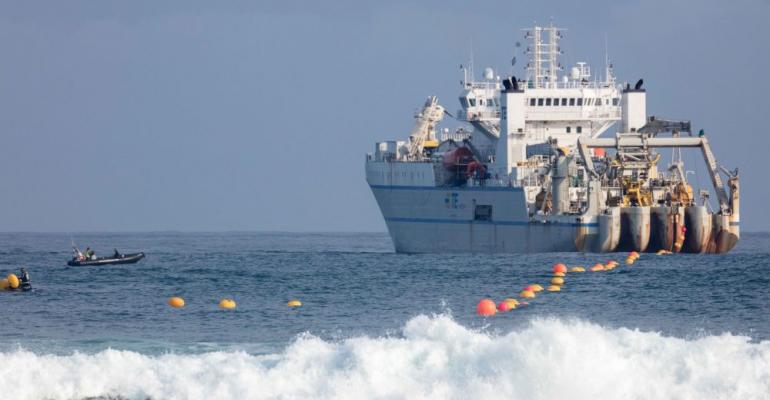 Start Slideshow ›
Construction of the highest-capacity submarine cable to ever cross the Atlantic is complete.

Construction of Marea, the transatlantic submarine cable funded by Facebook, Microsoft, and Telxius, was completed in September 2017. The companies held an event on September 22 to celebrate completion of the highest-capacity intercontinental cable ever built. The cable lands in Virginia Beach, Virginia, and in Bilbao, Spain. It is more than 4,000 miles long and can transmit up to 160 terabits per second, which is about 16 million times faster than the average home internet connection and enough to stream 71 million high-definition videos at the same time. More about the new cable here: Facebook and Microsoft's High-Capacity Submarine Cable to Europe Complete