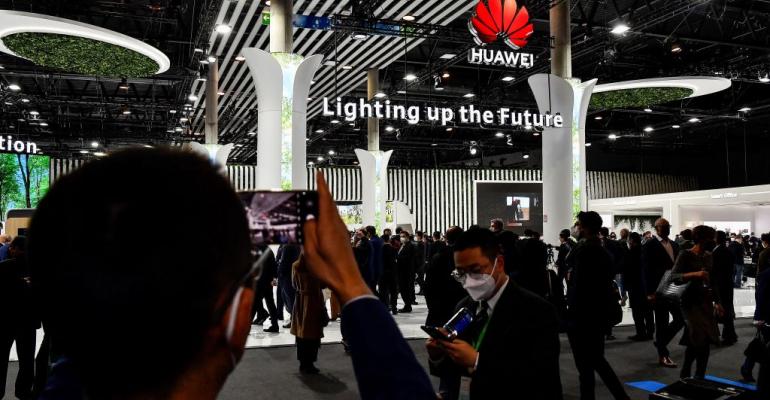 Getty Images
Visitors take pictures of the Huawei stand on the opening day of the Mobile World Congress in Barcelona on February 28, 2022.
Design>Networks

‘To see the future, we have to look up, above the politics and rhetoric.’

Huawei will not retreat from the global community and plans to develop peer-to-peer (P2P) architectures for AI computing, Huawei’s rotating chair Guo Ping said at the Mobile World Congress 2022.

The Chinese telecoms firm has faced measures from several world governments, including the U.S. and U.K., over allegations of intellectual property theft and ties to China’s government.

The company, along with the likes of China Mobile, Hikvision, and Inspur, are on a list that restricts Americans from investing in them. Huawei has denied all claims against it.

During his pre-recorded keynote, Ping said to “see the future, we have to look up, above the politics and rhetoric.”

The Huawei chair affirmed the company would not retreat from the global market, stressing plans to continue its globalization strategy.

“We are committed to supporting the customers that choose us,” he said.

During his speech, Ping said Huawei will look to significantly increase investments into foundational technologies. He said the company plans to "reshape" computing architectures and software.

Last April, Huawei released Pangu, what it claimed to be the world’s largest Chinese language model.

Concluding his speech, Ping said Huawei will continue to be an active participant in global events, saying, “let’s work to light up the future together.”