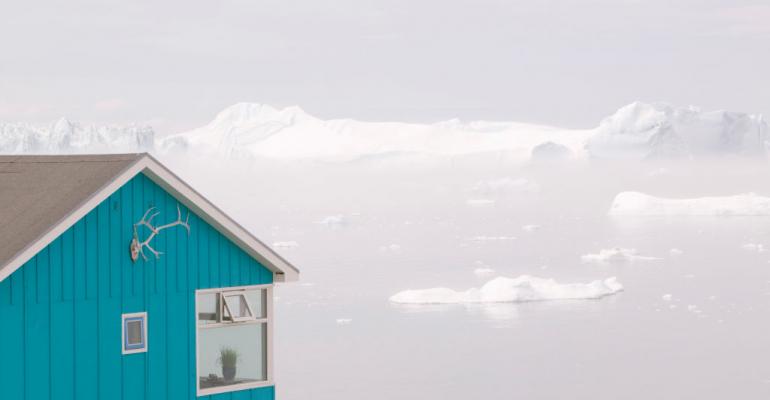 Investors in future cable hope to attract US hyperscalers to Scandinavia, but will the cloud giants trust a system part-owned by Russia's second-largest wireless carrier?

Thomas Pfeiffer and Ilya Khrennikov (Bloomberg) -- Global warming has opened up Arctic passages to new shipping routes. Now the melting ice is handing an opportunity to other industries.

Cinia expects to make an announcement on project financing soon so construction of the 10,000-kilometer (6,200 miles) link can begin within a year to 16 months, said its executive adviser, Jukka-Pekka Joensuu. He sees the final cost at between 700 million euros ($770 million) and 1 billion euros.

“We’ve got 6,000 kilometers passing through the Northern Arctic so we needed a reliable Russian partner,” Joensuu said in a phone interview. “We’re now making good progress.”

The cable will be 1,500-2,000 km shorter than existing links from Europe to Eastern Asia and promises to accelerate intercontinental data transfers by around 100 milliseconds.

It may also prove more reliable than cables that pass through the Indian Ocean. These have been prone to disruption, especially at choke points like the Suez Canal and Strait of Malacca, where ships occasionally break the links by dragging their anchors.

US Department of State 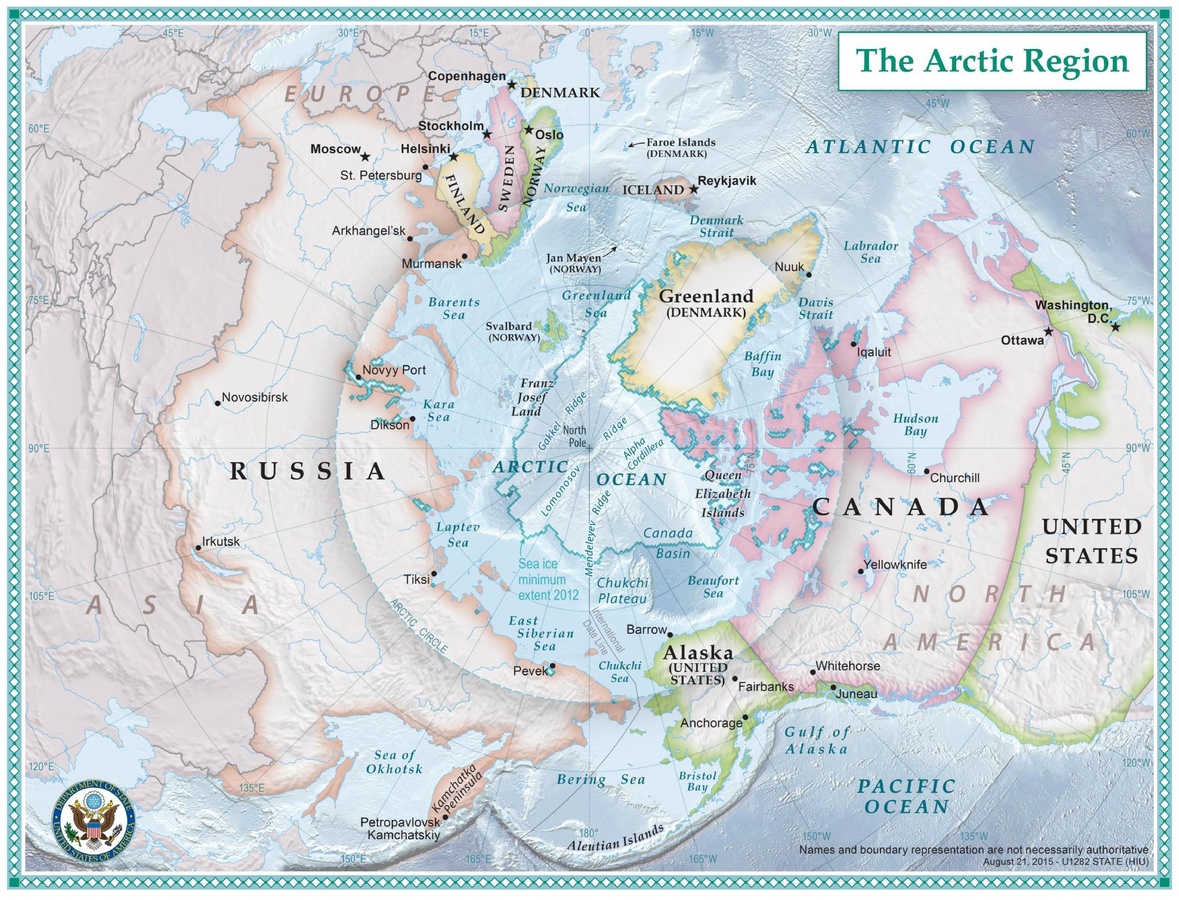 Political map of the Arctic region

The thawing seas mean cable-laying ships can now ply the Arctic route for as many as six months of the year, up from around three months previously.

The work will still be challenging. The northern waters can be dangerous even in summer, with sudden storms and strong currents. It will require special ice-class vessels that haven’t been used for cable laying. In shallower waters, sections of the cable must be encased in a thicker shell or buried three to four meters under the ocean floor to avoid ice damage.

"There are no such projects in the world -- we’ll be the first,” MegaFon said in an emailed response to questions. “If the cable laying vessel is idle for a period because of weather conditions, it could inflate costs and even delay the project timetable.”

Arctic Connect’s backers, which include Japanese and Scandinavian companies, hope to entice operators of mammoth data centers to relocate to Northern Scandinavia. Cinia expects the cable to cut network communication delays by 40%. That could be an advantage for companies such as Alphabet Inc.’s Google, Microsoft Corp. and Amazon.com Inc. that push vast amounts of data between arrays of servers across the world to support social media, streaming TV and corporate networks.

Cinia also wants to draw in European and Asian manufacturers that need fast, high-capacity connections to link their sites across the globe and coordinate operations in real time via the industrial internet. The Arctic lines will feed into a fiber-optic cable that Cinia has already laid from Finland to Germany, home to global giants such as Daimler AG and Siemens AG.

The project symbolizes Finland’s effort to seek out economic opportunities across the geopolitical faultline between East and West. Sharing a long border with Russia, the Nordic nation has taken a pragmatic approach to its eastern neighbor. It’s a member of the European Union and uses the euro currency, yet sits outside the NATO Western military alliance.

Joensuu wants to draw U.S. investors and customers to Arctic Connect and eventually extend the cable to Alaska. That commercial opportunity looks wide open after plans for a rival Arctic cable from a U.S. company, Quintillion Networks LLC, ran into difficulty when its former chief executive admitted that she’d falsified documents to secure funding.

For now, Arctic Connect won’t pass through U.S. waters and Washington isn’t involved. European investors must be ready to work with Russia -- President Vladimir Putin staked his claim to economic and strategic influence over the Arctic region in 2007 by sending two mini-submarines under the North Pole to plant a Russian flag on the seabed.

State surveillance agencies have managed to tap submarine data cables in the past, but Cinia says its plan addresses concerns over cybersecurity. The cable’s fiber lines connecting Europe to Japan will be separate from those linking Russia and Eurasia, part of an architecture it describes as “neutral infrastructure.”

The risk of cable ventures getting tangled up in politics was underlined last month when the U.S. Department of Justice decided to oppose a bid by Google, Facebook Inc. and a Chinese entity to complete an undersea internet cable between the U.S. and Hong Kong.

Joensuu said investors should take the long view with infrastructure such as Arctic Connect, which has a life-cycle of 30 to 40 years.

“You don’t plan projects like this based on the current political situation, ” he said. “The goal is to develop digital business models and the next cycle of industrialization.”