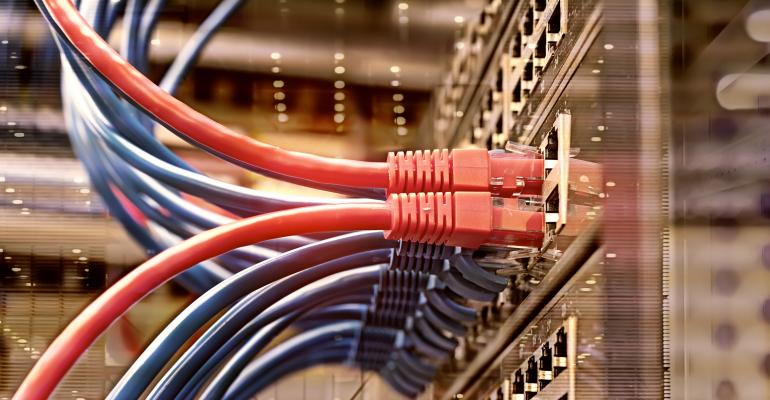 This is Juniper’s first Apstra release since it acquired the intent-based networking software company.

The additions are part of Apstra 4.0, the first release of Apstra’s IBN software since Juniper acquired the startup in December as part of its pursuit of solutions for a self-driving data center.

The addition of SONiC support and deep integration with NSX-T are valuable improvements for Apstra users, Brad Casemore, research VP for data center networks at IDC, told DCK. “From what I hear from Juniper’s customers, there is tremendous interest in this.”

Apstra 4.0 supports Enterprise SONiC, which is Dell Technologies’ distribution of the Linux-based open source network operating system that originated at Microsoft and has been growing increasingly popular.

“SONiC is growing fast. It will be the largest instance of network disaggregation in data center networking. Many organizations are using it,” Casemore said.

With this release, Juniper becomes the first and only vendor with commercial support for Enterprise SONiC, according to the company.

While Apstra supported VMware before, integration with NSX-T 3.0 in Apstra 4.0 is more comprehensive, Casemore said.

It gives data center operators visibility into both virtual and physical networks and allows the Apstra software to locate virtual machines within the fabric and provide detailed telemetry on application performance, the company said.

“The tighter integration between the network virtualization overlay and underlay means provisioning happens in lockstep, and so is troubleshooting and visibility,” Casemore said. “That’s key, so you don’t have any blind spots.”

Enterprise networks are increasingly complicated, and operators are looking to network automation tools like Apstra for relief.

Other networking vendors, such as Cisco, VMware, and startups like Forward Networks have also been developing intent-based networking solutions in a pursuit of autonomous networks – networks that configure, monitor, and manage themselves with little human intervention.

Apstra 4.0, which will be available this quarter, offers new connectivity templates that automate provisioning of devices onto the network.

Organizations can create their own validated and reusable templates to connect workloads, servers, storage, and security devices onto the network fabric in bulk and within minutes, the company said in a blog post.

For example, if a company needs to roll out a new application, the networking team may have to update the network with new configurations and security policies across devices on the network, said Cathy Gadecki, Juniper’s senior director of enterprise marketing.

“With Apstra, with these pre-existing templates, you are able to … inform the network that it needs to change to meet those new workloads, that new application, and you are able to do it in a few steps… Before, it could have taken days to set up,” Gadecki told us.

Apstra has always been vendor-agnostic, and in the newest version continues to support network technology by the likes of Cisco, Arista Networks, and Nvidia.

However, in an effort to boost sales of its own networking gear, Juniper announced new turnkey “Building Block Solutions,” which are pre-configured bundles of Apstra software, Juniper QFX Series switches, and SRX Series Services Gateways (its next-generation firewalls).

These pre-validated solutions will allow small and mid-sized organizations to quickly deploy data center networks in hours rather than days through Zero Touch Provisioning, the company said in its blog post.

The bundled solutions provides two benefits for Juniper: it allows the company to bring existing Apstra customers to its installed base, and it brings more Juniper products to the smaller Apstra installed base, Casemore said.

Overall, the new version of Apstra’s IBN software – and the benefits of network automation – will help customers as they pursue digital transformation initiatives, Gadecki said.

“It’s about how networking has to change as digital transformation takes hold and as companies come out of the pandemic and think about how to compete and drive new customer experiences and new services for growth,” she told DCK. “Whenever you have that kind of dynamic going on, it’s difficult to use legacy ways to do things. The network has to support more agility, but in a reliable and predictable way.”