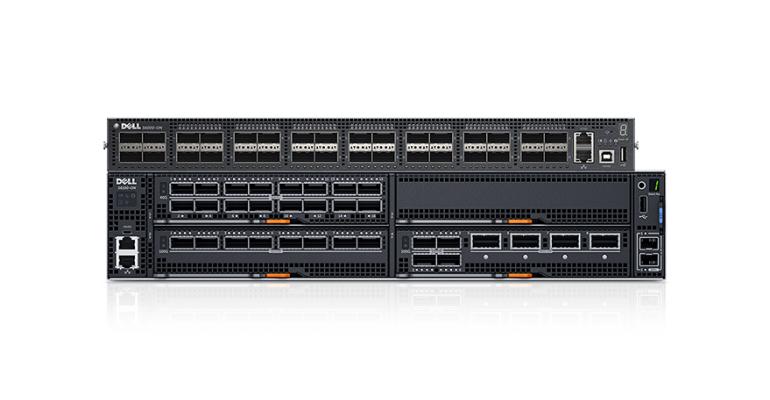 It's fall launch time at Dell EMC -- meaning it's time for the company to roll out new and enhanced systems for data centers. "Launch" might be a bit of a misnomer, however, because some items on this list won't be available until later in the year.

The list, which addresses everything from data center performance issues to complete SD-WAN solutions, starts with switches.

Related: Is RDMA the Future of Data Center Storage Fabrics?

The company's literature says this is a "purpose-built" switch for deployment at the top of the rack, as well as for data center interconnect applications.

"We're leveraging the latest in merchant silicon to produce a new platform to improve performance in the data center for applications within the rack," Jeff Baher, Dell EMC's executive director of networking, told Data Center Knowledge in an interview. "But it allows us to introduce new routing capabilities, so you can now position the same product for use in situations where you would have previously been using higher-end routing platforms."

In other words, some of those top-of-the-line and oh-so-expensive routers aren't necessary anymore. Dell calls this "potentially disruptive" and makes a few bullet points about what users can expect:

For those looking for better data center performance, Dell EMC launched its first 25GbE switch in the spring and unveiled another one today.

"The market is expected to take off next year with a pretty aggressive move from 10 gig to 25 gig for the more performance-demanding applications and compute environment," Baher explained. "They're anticipating a pretty aggressive move -- more aggressive than the move from one gig to 10 gigs. Because 25 gigs is backwards compatible, we're offering different capabilities for customers who either want to have a more smooth introduction of 25 gigs versus those who want to more aggressively move to that."

"It allows you to reduce a number of steps that you previously had to do in a manual way to configure and monitor each individual device," said Baher. "This allows all of the switches, no matter how many are deployed, to be seen as a logical entity that you can manage and manipulate as a single device."

According to Dell, SmartFabric Services offer:

Today's wide area networks definitely aren't your father's WANs. For one thing, much private WAN traffic is likely to travel across the public internet -- something that would've been unthinkable in days gone by. For this project, Dell EMC is partnering with SD-WAN software vendors Versa, VeloCloud, and Silver Peak. It's offered as a plug-and-play solution in what Dell EMC is calling Ready Nodes.

"These are bundles of different software titles for software defined WAN, combined with options of different hardware platforms at different performance and price points," Baher said.

Again, everything isn't available today. According Dell EMC release notes, the only part of today's launch that's currently ready to be shipped are the Ready Nodes with Silver Peak Systems and Versa Networks. Everything else is "expected to become available in the fourth quarter of this year."