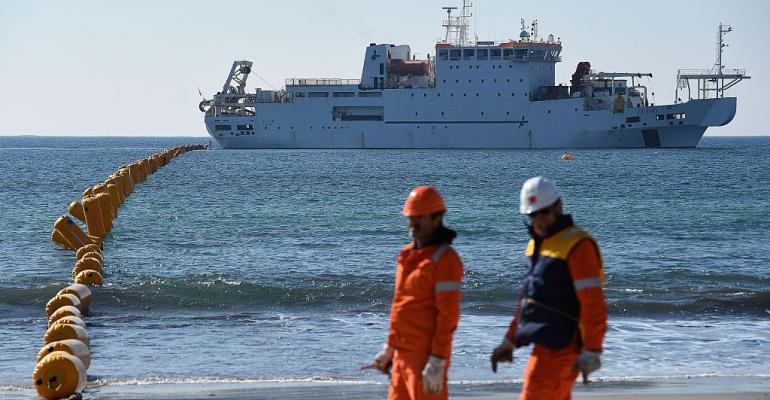 Facebook and Google Fund Subsea Cables to Link Singapore to US

The transpacific conduits will expand capacity across the ocean by 70 percent, according to Facebook.

Vlad Savov (Bloomberg) -- Facebook Inc. is funding two new transpacific subsea cables linking Singapore to the western coast of the U.S., with Alphabet Inc.’s Google also participating in one of the projects, intended to improve internet infrastructure in the Asia-Pacific region.

Connecting Singapore to Indonesia and North America, the projects will be done in collaboration with local partners including XL Axiata Tbk PT and Singapore-based Keppel Corp. The pair of transpacific conduits, which Facebook says will expand capacity across the ocean by 70%, come in the wake of a similar project linking Hong Kong to the U.S. getting canceled in August following objections from the Trump administration.

Google is supporting the Echo subsea cable, which it says will be the first to link Singapore directly to the U.S., with stops at Indonesia and Guam en route to Eureka, California. That fiber link is expected to be operational in 2023. Besides collaborating on Echo, Facebook’s other connection is called Bifrost, linking the Southeast-Asian city-state to the U.S. west coast over a span of 15,000 kilometers (9,300 miles). It’s expected to be completed in 2024.

The Menlo Park, California-based social-networking giant has a $1 billion data center project in Singapore, one of its biggest investments in the Asia region, and says “Echo and Bifrost will provide important diverse subsea capacity to power Singapore’s digital growth and connectivity hub.”