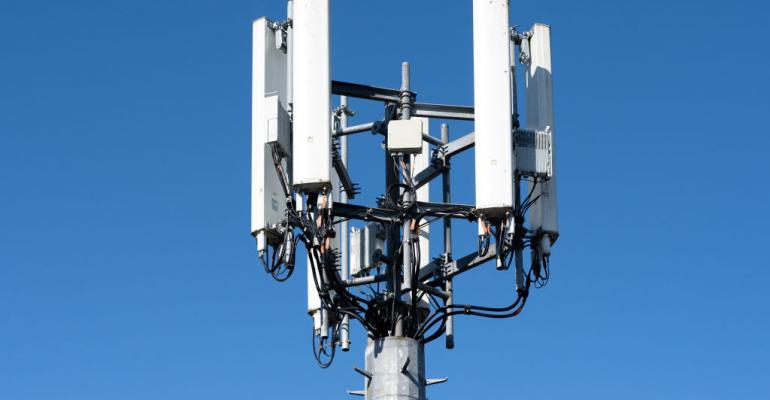 After its deal with DigitalBridge, Telenet will no longer own any masts.

Telenet has joined the growing towerless camp of operators that have sold their property like landed gentry fallen on hard times.

The Belgian operator, majority owned by Liberty Global, had already begun to shed its cable assets in Flanders, announcing last October plans to park these in a joint infrastructure venture with Fluvius, another local player. With this week's infrastructure deal, its main unit will look even more devoid of traditional telecom assets.

The agreement means selling the entirety of its towers and passive infrastructure (essentially, physical sites minus electronics) for an all-cash fee of €745 million (US$820.6m).

The buyer is an infrastructure investment firm called DigitalBridge, whose portfolio includes a stake in Vantage Towers, the towers subsidiary of Vodafone. Through that and other investments, DigitalBridge already claims to manage about 30,000 towers, 95,000 small cell nodes, more than 100 data centers, some 135,000 route miles of fiber and about 130 edge facilities.

Related: Here's What Data Centers for Edge Computing at the Tower Look Like

With the Telenet deal, it gains some 3,322 sites across Belgium, 38% of which are towers, as well as an anchor deal with Telenet set to last for at least 15 years.

Telenet, essentially, is trading ownership for tenancy, and it may have to share the property with more service providers in future.

Today, the tenancy ratio is about 1.2 across all the sites, and 1.6 across the towers (meaning there are 1.6 tenants per tower). That generated about €61.2 million ($67.4 million) in sales and €55.1 million ($60.7 million) in adjusted earnings after leases (the preferred telco measure of profitability) in 2021. DigitalBridge can boost sales only by raising prices or signing up new tenants. As a towerco, its priorities may be very different from Telenet's.

Numerous telcos have now spun off their towers and sold minority stakes to infrastructure investors, which see the assets as a relatively safe bet on a source of long-term revenues.

After all, soaring volumes of data traffic suggest the world is not about to lose its enthusiasm for smartphones and mobile connectivity.

But the sale of a 100% stake is a risky move by Telenet, which loses control of assets other telcos still consider to be strategically important. For that reason, most big operators have balked at selling control.

Not all, though. Spain's Telefónica last year pocketed €7.7 billion ($8.5 billion) when it sold a 50.01% stake in 30,722 towers dotted around Spain, Germany and four Latin American markets to American Tower.

Hong Kong's CK Hutchison, which operates the Three brand in the UK and other European markets, has sold about 24,600 towers in the region to Cellnex, a Catalonian firm that has become one of Europe's largest independent towercos after a recent acquisition spree. DigitalBridge is among this wave of infrastructure funds.

It all begs the question: why? The answer is typically found in the debt profiles and sluggish financial performance of the operator community.

As healthy as the profit margin looks, Telenet is investing more than a fifth of its revenues each year in capital expenditure and owes nearly €5.6 billion ($6.2 billion) in debt. At a time of rising interest rates, that does not look comfortable.

If there were management doubts about selling infrastructure, the extremely high multiple that DigitalBridge offered may have helped to overcome them.

The transaction values the towers business at 25.1 times earnings after leases, Telenet points out in its statement on the deal. That is not far off the multiple of 30.5 times operational income that American Tower paid for Telefónica's towers last year.

The €745 million could make that mountain of debt seem less daunting. Telenet will also collect "additional proceeds" by acting as a subcontractor on the deployment of at least 475 extra sites.

Telenet, however, insists it is happy enough with its net-debt-to-earnings ratio of 4, despite this being at the high end of the industry range.

Shareholders may be satisfied for now because it has set a floor for gross dividends per share of €2.75, which will be easier to honor after the deal with DigitalBridge. Its joint venture with Fluvius could affect its financial and leverage profile, notes the operator, which also faces an upcoming spectrum auction.

"Telenet intends to initially retain the net proceeds from the transaction, awaiting the achievement of certain accretive strategic transactions," it said.

With a market capitalization of nearly €3.6 billion ($4 billion), Telenet saw its share price climb nearly 2% in Brussels before lunchtime.

Investors, no doubt, are thinking of the immediate benefits. But this operator's stock has halved in the last four years. Asset divestment alone is unlikely to restore long-term value.