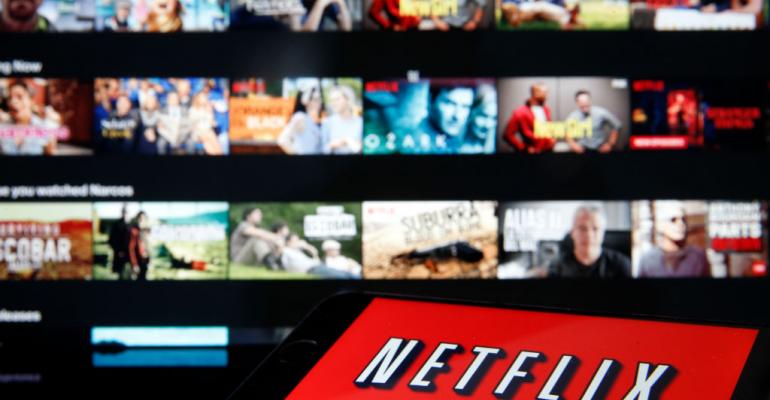 Netflix customers are reporting fewer service problems than those of rivals, survey finds.

Nick Turner (Bloomberg) -- Netflix Inc. customers are reporting fewer service problems than those of rivals, according to a new survey, the latest sign that the streaming giant is navigating a surge in demand with relatively few headaches.

The company topped Walt Disney Co.’s Hulu and Disney+ in the number of streaming problems per hour of video watched, research firm J.D. Power found. It also came out ahead of Amazon.com Inc.’s Prime Video and Google’s YouTube TV. But all the major services scored fairly well.

When countries around the world began imposing lockdowns in March, there were concerns that Netflix would strain under the pressure. And the company -- along with other platforms -- did reduce the quality of video streams in Europe and elsewhere to alleviate network congestion. But Netflix has said that the process has gone smoothly.

J.D. Power, which surveyed 1,232 U.S. adults in late April, also found that the most-popular shows on streaming platforms were Netflix programs. “Ozark” and “Tiger King” were first and second, while “The Office” -- a show that’s headed to Peacock next year -- was No. 3.

The majority of respondents also said that if they could only have one streaming service, it would be Netflix.

Tech Defanged as Stocks From Amazon to Netflix Left Out of Rally
Nov 11, 2016