Many tech leaders gathered at GigaOm Structure 2013 in San Francisco last week. Participants represented a broad cross-section of cloud professionals, including start-ups and seasoned cloud pros. The event for innovative start-ups included six companies, vying for the opportunity to win the LaunchPad competition. 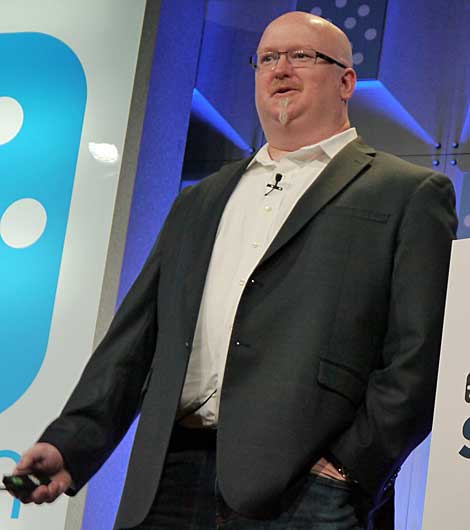 Kevin Scott, SVP Engineering, Linkedin - the megascale professional networking site, spoke about a project inversion (or stoppage) which allowed the engineering team to change its processes entirely. They spent about two months revamping the way they developed software, and the benefit was the rate of innovation was substantially increased. (Photo by Colleen Miller.) 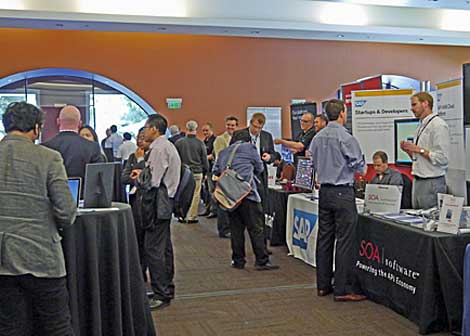 The exhibit hall at GigaOm Structure included the old and new such as Microsoft and SAP and new start-ups such as Factor.io and SaltStack. (Photo by Colleen Miller.) 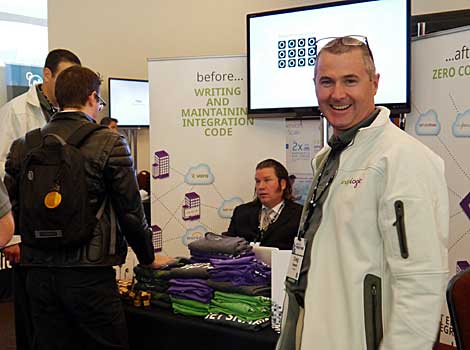 The SnapLogic team had a booth in the exhibit hall. SnapLogic provides elastic integration, helping companies connect enterprise applications in the cloud. 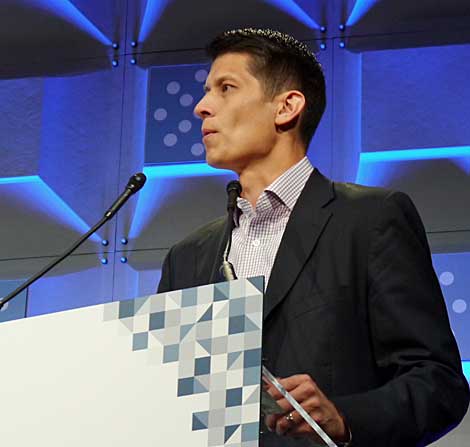 Marc Chenn, Co-founder and CEO, of Saltstack. Saltstack was the winner of the GigaOm Launchpad contest, selected by judges as the best potential for a successful business from among six other start-ups. SaltStack, based on an opensource project Salt started in 2011, developed software that gets you running in minutes, scalable enough to help you manage tens of thousands of servers, and fast enough to communicate with them in seconds. SaltStack is the company incorporated in 2012 responsible for keeping the Salt project healthy and dynamic. Salt remains 100 percent opensource. (Photo by Colleen Miller.) 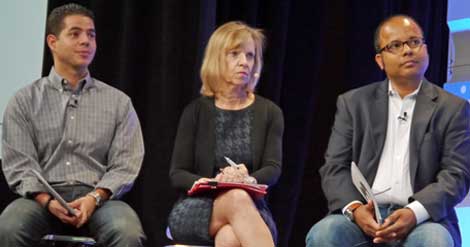 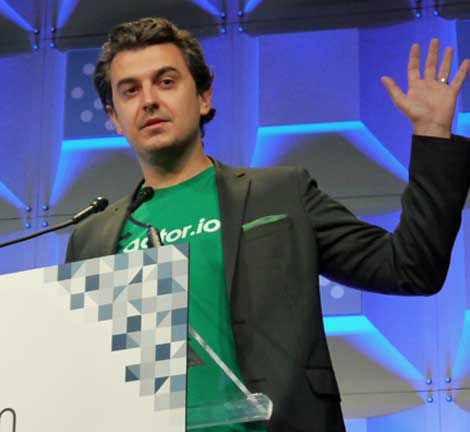 Maciej Skierkowski, co-founder and CEO of Factor.io, gestures during his presentation during GigaOm's Launchpad contest. Factor.io makes software to help developers automate the process of pushing their code into the cloud. The startup won the "People's Choice" award by being voted the best startup by the audience at the GigaOm Structure 2013 event. (Photo by Colleen Miller.) 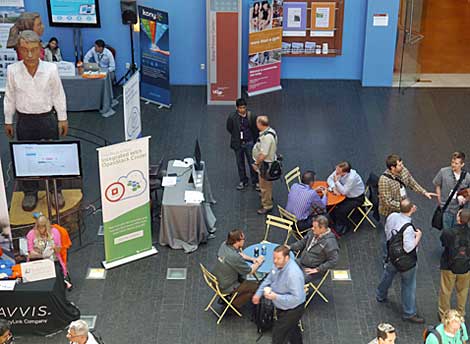 The open space in University of California - Mission Bay facility was a central place for meetings and conversations at GigaOm Structure 2013.