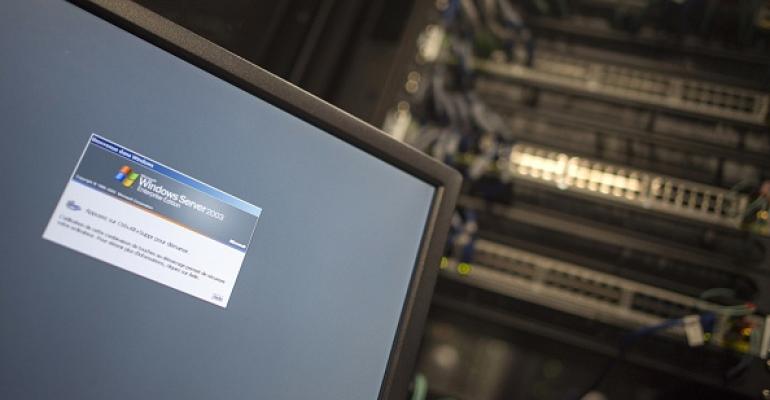 What Windows Server 2019 Will Have to Offer for Data Centers

Microsoft is starting to talk about new features in Server 2019, expected in the second half of this year.

With Windows Server 2008 R2 reaching the end of extended support in January 2020, it’s time to start planning your upgrades. Windows Server 2019 will be available in the second half of this year, along with System Center 2019, and Microsoft is just starting to talk about the new features it will bring.

Some of these features are already in the faster moving “Semi Annual Channel” version of Windows Server 2016. Those include the Windows Subsystem for Linux that lets you run the same Linux scripts and utilities from a Windows server, much smaller images for Server Core, improved support for Kubernetes container orchestration, and Hyper-V isolation for Linux containers. Others are logical progressions from key Server 2016 features, such as support for Shielded VMs with limited admin access for Linux VMs.

“HCI will have continual enhancements on scale (a feature called Cluster Sets that allows you to build a cluster of clusters, resulting in large hyper-converged clusters), increased resiliency to hardware failure, diagnosability, health monitoring, performance (within and across hyper-converged nodes), management, persistent memory support, and more,” a Microsoft spokesperson told us.

Cluster sets group together multiple failover clusters, whether they’re compute, storage, or hyper-converged clusters. With cluster sets, resources like VMs are not part of their individual cluster but belong to a cluster of clusters. That means you can scale up to a much larger number of nodes and still have the benefits of a single cluster (like live VM migration and a single storage namespace) without the fragility of a single, giant cluster. This makes the fabric more reliable and more scalable.

Being able to encrypt network segments to protect the network layer between servers will also appeal to operators of larger data centers, a Microsoft spokesperson suggested. “SDN Encryption allows you to encrypt subnet traffic, which is very useful in multi-tenant environments with multiple virtual networks,” they explained, noting that it doesn’t require special network hardware.

“We are very cognizant that for these smaller footprints, for the two-to-four-node segment, we need a separate lightweight do-it-yourself software-defined data center user experience,” Roy said. “We see the need for more of a self-managed solution aimed at someone who is more of an IT generalist.”

Project Honolulu has a web-based interface but doesn’t require a connection to Azure the way the web-based management tools for the GUI-less Server Core and Nano Server have done if you wanted to use anything but PowerShell. It’s designed for managing a single cluster, manages Windows and Windows Server instances running on physical or virtual machines on any hypervisor or cloud, and covers everything from certificates to Windows Update. But it’s especially helpful for provisioning and managing hyperconverged clusters, down to the real-time CPU, memory, new usage, and storage IOPS across the cluster and on individual VMs and volumes.

Being able to authenticate directly against Azure Active directory from Windows Server 2019 (the way Windows 10 already can) unlocks hybrid cloud scenarios, like using Azure Site Recovery, Backup, and File Sync directly with individual servers using Project Honolulu. (So far, this appears to be Azure services only rather than supporting multiple clouds, but Microsoft tells us you’ll be able to integrate with Update Management for Operations Management Suite, which can also monitor systems running on different clouds.)

Windows Server 2019 also includes the client for the Windows Defender Advanced Threat Protection cloud service, so you can monitor servers for the kind of behavior that indicates a hacker has broken in, as well as Exploit Guard controls for locking down devices against lateral movement, ransomware, data exfiltration, and vulnerability exploits.

Combine this Azure integration with the HCI support, and it’s clear that Azure Stack isn’t the only option Microsoft is pitching for hybrid cloud and edge computing.

Windows Server and its Storage Spaces Direct software-defined storage (especially on pre-certified Windows Server Software Defined hardware configurations that save you months of integration testing) and their potential for hybrid cloud is a big part of why Gartner is now including software options in its hyper-converged infrastructure Magic Quadrant.

WSL and shielded Linux VMs may allow some organizations to consolidate infrastructure because you’ll no longer need duplicate systems for managing Windows Server and Linux workloads (“The hardware requirements for Shielded VMs in Windows Server 2019 remain unchanged” from supporting Windows shielded VMs in Windows Server 2016, the Microsoft spokesperson told us). There’s been speculation about possible changes to Remote Desktop Services; the Remote Desktop Session Host isn’t in the first preview build and appears to be moving to the Windows client. That could simplify VDI infrastructure, assuming the session host doesn’t reappear in later builds.

If you’ve been waiting for an R2 version of Windows Server 2016, remember that server releases don’t work like that anymore. Instead, there’s a new Long Term Servicing Channel release every two to three years (which gets five years of mainstream support, five years of extended support and – if you pay for it – six years of Premium Assurance). During those two to three years, Microsoft will be testing and debugging key new features in the Semi-Annual Channel releases that come out every six months. Those get 18 months of production support, require Software Assurance, are aimed at faster-moving workloads like software-defined networking and containers, and don’t have a desktop GUI interface at all.

If you want to get advanced experience with new Windows Server features in your data center and you have suitable workloads, SAC is a good option. If you have more traditional workloads and do your Windows Server upgrades on longer timescales, Windows Server 2019 is the next release to start evaluating.