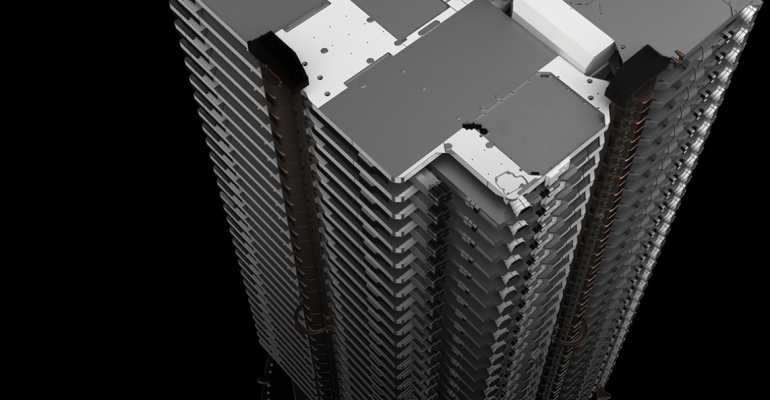 The cloud provider has partnered with SpaceX to power its new line of modular cloud data centers.

Dina Bass (Bloomberg) -- Microsoft Corp. is focusing on space as a new industry for its Azure cloud computing services, and the software giant is teaming up with companies like Elon Musk’s SpaceX to use satellites to bring broadband internet connectivity to remote areas on earth.

The partnership with Space Exploration Technology Corp.’s Starlink network of low-orbit satellites will be used to power a new line of modular cloud data centers, Microsoft said. Azure Modular Datacenters are 40 feet long and can fit into cargo aircraft for setup in remote areas to provide services for operations like mining, humanitarian missions and military use. They can also be deployed in urban settings that need quick access to fast cloud services.

Space is shaping up to be a new competitive frontier for cloud-service providers. Amazon.com Inc., the market leader in cloud infrastructure, last year debuted a service called Ground Station that’s aimed at letting customers control satellites and download data from them. In June, Amazon unveiled a new business unit targeting aerospace and satellite industry customers. Amazon is also developing a constellation of more than 3,000 satellites, competing with SpaceX Starlink.

“The evolution of technology has allowed what was previously just the domain of governments and defense departments to become technology that is now available for commercial enterprises and even consumers,” said Tom Keane, a vice president of Microsoft’s Azure Global. “We want to capture the disruption that’s occurring, the innovation that’s occurring and make that available to our customers.”

Earlier this month, SpaceX won a U.S. Defense Department contract for missile-tracking satellites, and Microsoft will be providing technology as part of that accord, Keane said.

The focus on space-related business may thrust Microsoft further into defense and military contracts that have been controversial among some employees.

Microsoft is also releasing Azure Orbital Emulator, which lets space companies simulate beforehand what will happen when a satellite is in orbit and communicating with the ground in order to tune equipment ahead of launch.