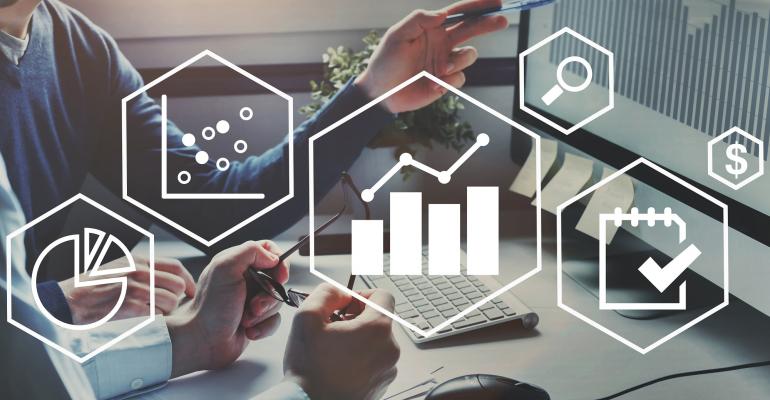 As more industries regard speedy data analysis as a core competency, individual workers will start crafting their own tools to get the job done – and that’s where Microsoft’s Power BI, Power Apps, Power Automate and Virtual Agents come in.

Orlando, Fla. — Microsoft CEO Satya Nadella spent time in Monday's Microsoft Ignite 2019 keynote talking about "citizen developers," or the people who will be using low-code and no-code tools to design and deploy the data-crunching instructions that typically comprise a computer program. He then segued into talking about the company's primary vector for encouraging citizen developers in their apps, the Microsoft Power Platform.

On Wednesday, Microsoft open source engineer Jeff Wilcox sent a tweet that explained why the low-code and no-code future will be so compelling:

I'm currently on a Teams call with a Microsoft CELA lawyer who is using VS Code + Git commands to push, pull and resolve conflicts on Markdown docs. He's also running a local instance of docfx + PowerShell. What a time we live in.

The unnamed lawyer was using a Microsoft's code editor and a version control tool, plus an API-documentation generator accessible via a command-line shell and scripting language. It's a clever suite of tools for detecting differences in documents and resolving changes — but it's one the lawyer had to have the technical chops to string together. When an ITPro writer retweeted Wilcox's initial tweet, another lawyer slid into their mentions to ask where and how she could teach herself the same skills. Organizations meant to serve her profession, she noted, did not offer anything like this.

As the American Bar Association has noted, robotic process automation (RPA) has already come for that profession's more tedious data-processing tasks. What Wilcox illustrated via his Teams call with a colleague was the next step: Using programs to expedite the kind of non-routinized data analysis that requires human attention and judgment calls.

And as Nadella said in his keynote, "One of the things that is going to define the competitiveness of every business going forward is going to be how well do you harness the power of all of the data that is there in your enterprise to drive the transformational outcomes for your company."

The lawyer of Wilcox's tweet was able to quickly parse the data contained in multiple documents, then detect and resolve conflicts — all thanks to their ability to use command-line programming to analyze text and find differences. A less tech-savvy lawyer would probably welcome a low-code or no-code approach that lets them do the same thing. Going to law school is demanding enough; learning how to code and then becoming an application developer on top of an attorney would add a whole other level.

Instead of making everyone coders, what Microsoft's offering is the opposite proposition: Use the tools in Microsoft Power Platform to craft apps without needing to learn how to code. The four components of the Microsoft Power Platform include data analytics platform Power BI, rapid application development environment Power Apps, a service that helps you create automated workflows called Power Automate and Power Virtual Agents.

Anyone in a job that requires assessing data and evaluating the results could work in the Microsoft Power Platform to write a workflow that analyzes two data sets for differences then formats and presents those differences for collaborative review. They wouldn't need to hire a developer to create an app; they wouldn't need to learn how to alter their workflow to suit how an app developer feels they should be doing the job.

The Microsoft Power Platform is unlikely to replace internal or external app developers for a while. For one, people would have to gain basic proficiency in one or more of its four constituent parts. But, at one point, corporations used to have typing pools and then the expectation shifted toward people entering the workforce with typing skills intact. And in the 1990s, early web developers hand-coded HTML and took pride in being able to write markup that worked across multiple web browsers and looked attractive.

While hand-coding persists in some specific tasks, the rise of WYSIWYG editors and content management systems have opened up web design to people who couldn't tell a body tag from a blockquote. Low- and no-code tools are another example of automating what used to be a specialized set of skills and making them available in new industry contexts.

Microsoft's low- and no-code offering in its Power Platform is a reflection of a comprehensive company message: Data is the fuel that powers modern industries and Microsoft is the company that provides the tools to turbo-boost that fuel.

During his keynote, Nadella said, "It's not about other people using your data; it's about how good are you at driving your business process using the data you have? In fact, today, when you think about the amount of data there is, one of the sad facts is 73% of the data is not analyzed. That means you're not able to drive that next level of automation, creating that next level of predictive power or analytical power, because that's going to define competitive advantage."