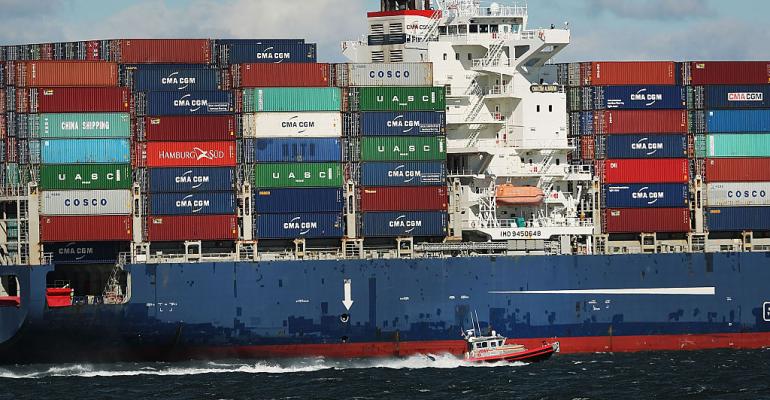 Emily Chasan (Bloomberg) -- At noon every day -- when the sun is directly overhead -- the world’s fleet of commercial maritime ships report their position, speed and weather conditions. It’s the primary way ships track how much fuel they’re burning and how to to use less of it, and they’ve been doing it this way for at least 200 years.

Surely there’s a better way, and the world’s biggest tech firms are investing millions to figure it out before fuel prices spike under new shipping rules in January.

Maritime ships, which transport around 90 percent of the world’s goods across the seas, generate about 3 percent of global carbon emissions. They also waste a lot of fuel on poor decisions.

“Most companies don’t know or aren’t confident about how much fuel their ships actually consume,” said Matt Heider, chief executive of Nautilus Labs. More frequent data on weather patterns and vessel speed can lead to better decisions that start to reduce fuel use, he said.

That’s where the tech companies come in. Nautilus says it can use artificial intelligence to deliver real-time analytics and alerts to ship crews that could help save more than 10 percent on emissions in a single voyage. For example, if a ship learns it’s traveling too fast at night, it could slow down to save fuel.

Cleaner, higher-grade fuel and biofuel are more expensive, an added incentive for companies to use less. Improving efficiency with data is potentially cheaper and faster than some of the other efforts under way now, including installing scrubbers on commercial ships that keep sulfur out of the air and developing new wind and air bubble technologies to reduce friction on their vessels.