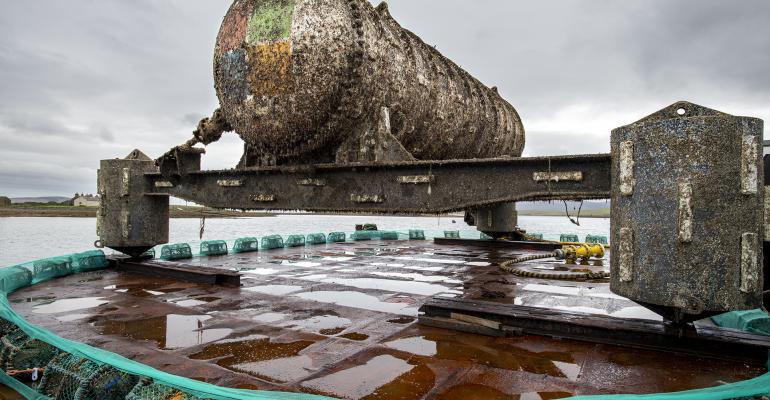 Photo by Jonathan Banks
The Northern Isles data center was attached to a ballast-filled triangular base for deployment 117 feet deep on the seafloor off the Orkney Islands in Scotland in 2018.
Companies>Microsoft

Its researchers have pulled their second Project Natick experimental data center out of the ocean in Scotland.

Underwater data centers are a go, Microsoft said Monday, a couple months after its researchers pulled their experimental sealed capsule of a data center out of the ocean off the shores of Orkney Islands, in Scotland, where it had been since spring 2018.

Not only is this submarine data center design feasible and practical, they said, the experiment has demonstrated that servers deployed in a static, dry nitrogen environment fail at a rate that’s 1/8th of the failure rate of servers deployed in a typical data center on dry land, where “corrosion from oxygen and humidity, temperature fluctuations and bumps and jostles from people who replace broken components are all variables that can contribute to equipment failure.”

The Microsoft team behind the experiment (called Project Natick) is already in discussions with the Azure cloud team about using the technology “to serve customers who need to deploy and operate tactical and critical datacenters anywhere in the world.” 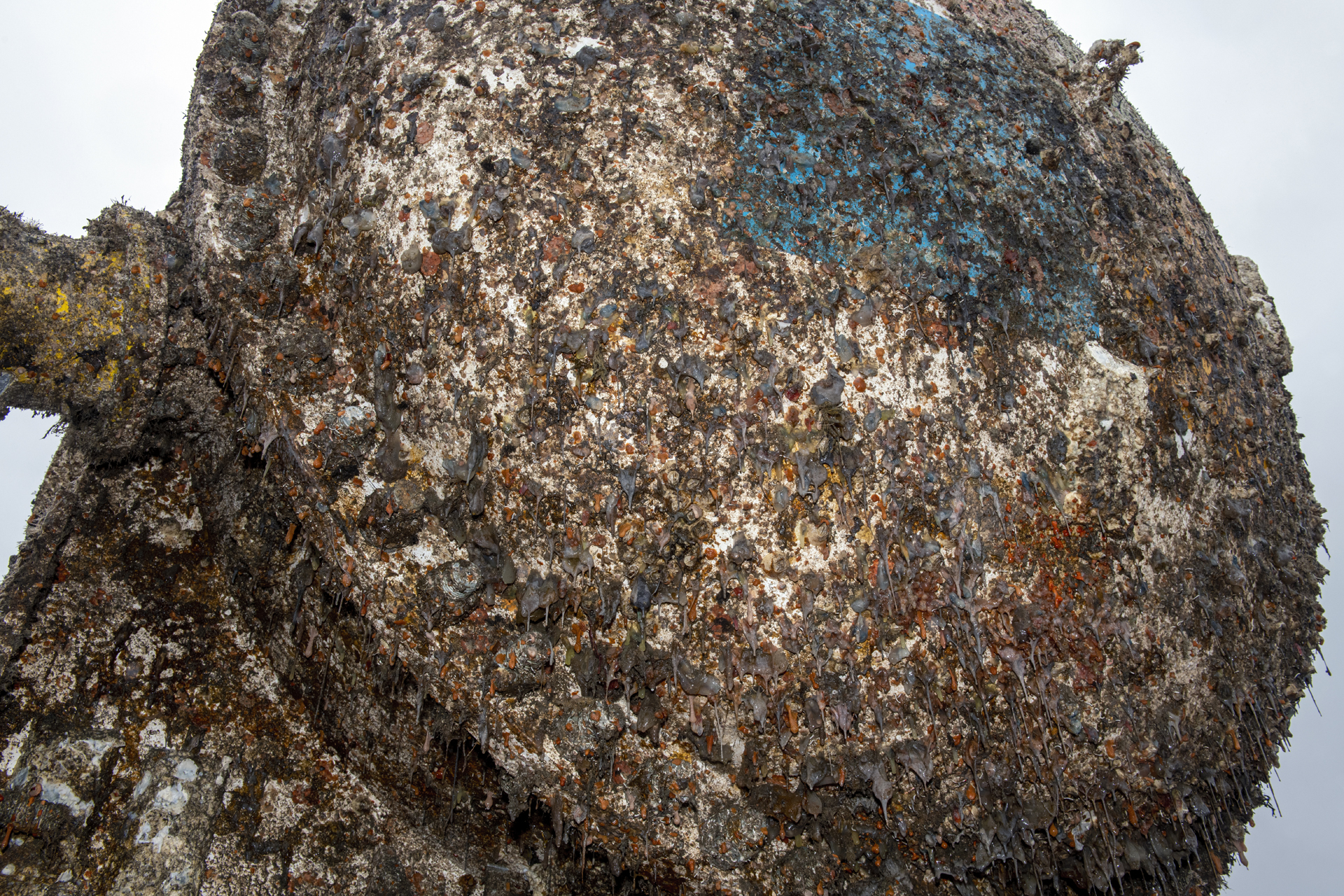 In an interview with DCK back in 2018, after the team submerged the capsule (roughly the length of a shipping container), Ben Cutler, who manages the project, told us his team was also hypothesizing that the deployment method would cost less than building data centers on land. No word yet from Microsoft on whether that’s proven to be the case now that it’s out of the water, but the company said it was still analyzing the data and that more results would be coming.

One of the central theses behind Project Natick has been that since half of the world’s population lives within a couple hundred kilometers of the ocean, since application performance is better when servers are closer to end users, and since securing land and getting permits to build is more complicated on land than at sea, submerging data centers in the ocean, close to population centers, could make a lot of sense.