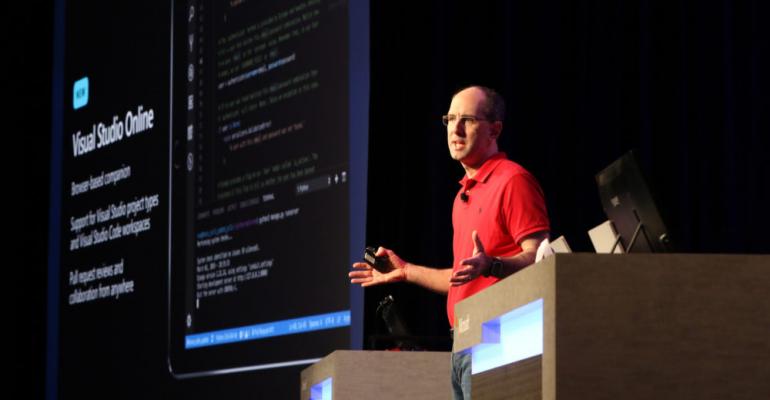 Build 2019, the Microsoft developer conference, shows us how influential this audience has become in the battle for enterprise cloud market share.

Developer buying power is driving cloud providers like Microsoft to innovate in areas like machine learning and artificial intelligence (AI), augmented reality (AR), and other emerging technologies that have incredible potential across the enterprise. Consider the numbers behind the developers: nearly three-quarters of developers (68%) surveyed by Evans Data say they are the primary decision maker in their organization when it comes to influencing cloud infrastructure purchases, and another 22% are on a committee that makes those decisions.

The Microsoft developer conference Build ran this week in Seattle, where the company released a staggering 25 new services aimed at making it easy for developers to deploy applications to its public cloud. The announcements, made to around 6,000 developers at the event and many thousands more watching online, included new integrations with GitHub, the hosting and development service that Microsoft acquired in October 2018.

GitHub users can now sign into Microsoft applications using their GitHub account, going from repository to deployment with a single sign-on. The new login system automatically matches a user’s GitHub account to an existing Microsoft identity, assuming they have one, or creates one for the user. Microsoft said this is the first step toward improving Microsoft services for GitHub users.

While this GitHub integration may seem like one of the more minor updates that came out of the Microsoft developer conference, it signals a significant opportunity for Microsoft to bring Azure and all the services that run on it to the 34 million developers using GitHub.

This is a strategic move for Microsoft as it tries to attract more developers into Azure by making it a seamless experience, Naveen Kumar, VP, Head of Innovation Center at global engineering consulting firm Altran said.

“Microsoft is satisfying the developer community by providing capabilities to realize intelligent applications faster and better than ever from the public cloud to the edge. Winning developers' mindshare is critical to winning market share and Microsoft appreciates that. In that sense, Microsoft used this year's Build to demonstrate its commitment to open source,” Kumar said.

Aside from the $7.5 billion acquisition of GitHub, Microsoft has invested in open source, cloud and AI through its hiring of developer advocates. Microsoft says employees in this role “engage in outreach to developers and others in the software ecosystem, all designed to further technical education and proficiency with the Microsoft Cloud + AI platform.” They are also bringing deeper open source knowledge to the company.

In addition to keynoting the Microsoft developer conference this week, CEO Satya Nadella flew to Red Hat Summit in Boston to discuss its Azure OpenShift solution, though that news was overshadowed by discussions of the Red Hat-IBM deal, that has yet to close.

“Developers absolutely have a great deal of influence in which cloud platforms and technologies are being adopted,” Janel Garvin, CEO of Evans Data Corp said in a statement. “After all, they are the ones that will be using the tools and infrastructure and they always have strong opinions about what will work best for their circumstances.”

As of January 2018, 29% of developers worldwide, or 6,452,000, were using some form of AI or ML, Evans Data found in its Global Developer Population and Demographic Study.

“There’s been a huge uptake for AI and ML technologies by developers,” Garvin said in a statement. “Not only have the tools and frameworks multiplied and matured and made adoption much easier, but the developers themselves show a great deal of excitement about using them and enhancing their applications with these new capabilities.”

In this area, Microsoft released significant updates to Azure Cognitive Services, including a new category called Decision that deliver specific recommendations to end users through services like Personalizer, an API. The company also said it is making more Cognitive Services available on the edge and on-premises through the use of containers.

“Although Microsoft does not divulge Azure revenues, by all market estimates, it is second to AWS in cloud revenues,” Kumar said. Recent data shows that in Q1 2019, AWS had 33% of market share, more than double Microsoft’s 16% market share. “So it is trying to introduce more services to match AWS and catch developers' attention. It is quite timely given that a growing number of developers are utilizing the cloud, now more than ever, to build more connected applications for IoT devices and ML applications to derive insights and deliver digital experiences.”

While the Microsoft developer conference has about one-fifth of the attendees of its Microsoft Ignite event, the announcements aimed towards this audience have the potential to impact its roadmap and cloud market share in future quarters.

“The fact that Microsoft executives spent more time talking about Azure at this year's event than other products is an indicator that cloud is at the heart of Microsoft's strategy. Microsoft co-sell programs with partners is helping them to make deeper inroads into the enterprise customer-builds,” Kumar said.