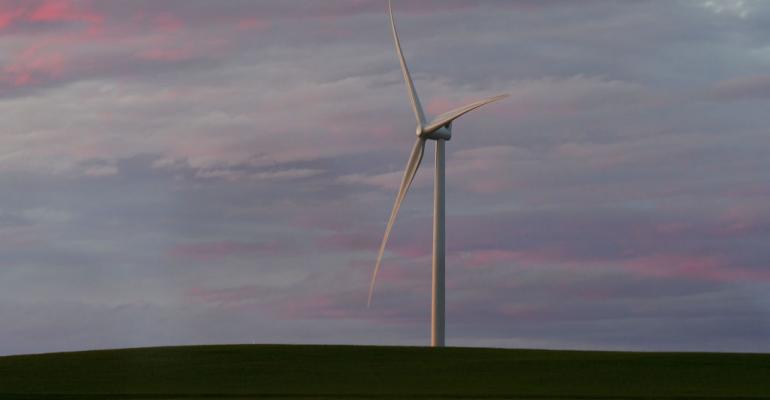 Microsoft has signed a 15-year power purchase agreement with General Electric that will give the tech giant all energy generated by GE's 37-megawatt Tullahennel wind farm being built in County Kerry, in Southwest Ireland. The energy, enough to power about 40,000 homes, will be used to drive Microsoft's cloud services in Ireland, where the company already has a large data center presence, with more under construction.

"This partnership with Microsoft expands GE’s considerable presence and investment in Ireland, where we already employ over 1,500 people and in particular in the renewable energy sector," Andres Isaza, chief commercial officer of GE Renewable Energy, said in a statement. "Wind is now one of the most competitive sources of electricity on the market today, and we’re excited about the capability to use data generated from these wind turbines, using the Predix platform, to maximize the output and value of this project."

For Microsoft, there are probably at least three drivers behind the move. For starters, it falls in place with Redmond's clean energy commitment to power its data centers and bring new renewable energy sources online in areas where it operates. The new project will bring the company’s total global renewable energy projects to almost 600 MW, or enough to power more than a million homes.

Another driver might be Microsoft's existing relationship with GE. In 2016, the two companies entered into a partnership to make GE’s Predix platform available on Microsoft Azure, a tit-for-tat agreement that would make Predix available to collect data from industrial devices that could then be handed off for additional processing by Microsoft cloud apps. The wind farm in Ireland will utilize GE’s Predix-based Digital Wind Farm technology.

In September, Redmond received something of a wakeup call when it was forced to scramble to install 16 gas-powered generators at a data center being built in Ireland. The country's electric utility, EirGrid, reportedly told Microsoft it might not have enough electrical capacity available to power four new data centers it's building in a Dublin suburb until after a regional "major upgrade" that won't be completed until 2019.

The added gas-powered generators will only supply enough electricity to power a single data center, leaving three other data centers that are under construction facing two years with an uncertain power source. The company already operates four data centers at the same location.

"Our commitment will help bring new, clean energy to the Irish grid, and contains innovative elements that have the potential to grow the capacity, reliability, and capability of the grid," said Christian Belady, Microsoft's general manager of data center strategy. "This will make it easier to incorporate new clean power sources like wind energy, and that is good for the environment, for Ireland, and for our company."

Besides keeping its data centers operating, the deal puts Microsoft in the electricity business on the Emerald Isle. As part of the terms, it's acquiring an Irish energy supply license from GE, meaning it will be able to sell energy back to the grid whenever the wind farm produces more electricity than needed for data center operations. Also as part of the deal, Microsoft signed an agreement with Dublin-based energy trading company ElectroRoute, which will provide energy trading services.

"ElectroRoute is delighted to work with Microsoft and GE to structure and manage the energy trading activities for the supply company," said Ronan Doherty, CEO at ElectroRoute. "The wind energy sector is particularly vibrant in Ireland at the moment, and we are seeing the emergence of an array of new structures and procurement approaches, which I feel will persist and grow into the future."

GE's Tullahennel wind farm will also be something of a prototype. Each turbine will have an integrated battery, and Microsoft and GE will test how these batteries can be used to capture and store excess energy, and then provide it back to the grid as needed. This will be the first deployment of battery integration into wind turbines to store energy in Europe.

The battery angle might supply a fourth driver for the deal. Last week, the EU pledged as much as 2.2 billion euros ($2.6 billion) of EU support to battery technology, mainly in support of electric vehicles.