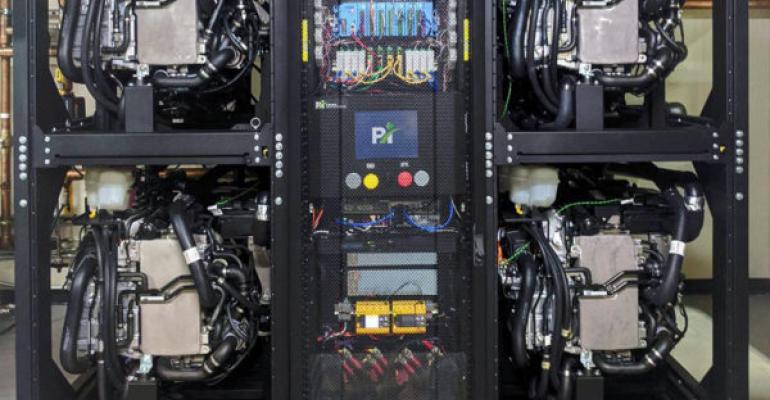 Microsoft
The 250kW hydrogen fuel cell system Power Innovations built for Microsoft's test which showed that it was possible to power a row of server racks with this fuel cell technology.
Companies>Microsoft

The company said it was able to power a row of servers with a 250kW hydrogen fuel cell system for 48 hours.

After putting a deadline last week on its commitment to replace diesel generators that provide backup power for its data centers with a greener technology – it now aims to get there by 2030, the same year it aims to become “carbon-negative” – Microsoft on Monday claimed a breakthrough on its way to finding that replacement technology.

In June, in a test conducted by Microsoft engineers at a system developer’s lab in Salt Lake City, a 250kW hydrogen fuel cell system powered a row of server racks for 48 hours straight, something the company says has never been done before.

“It is the largest computer backup power system that we know that is running on hydrogen and it has run the longest continuous test,” Mark Monroe, a Microsoft principal infrastructure engineer, was quoted as saying in a Microsoft blog post.

Monroe is part of Microsoft’s Datacenter Advanced Development team, which explores viability of promising new technology ideas in the context of data center infrastructure. He is leading the hydrogen fuel cell project, which started after he and his colleagues saw a demonstration of a hydrogen fuel cell powering a computer rack at the US Department of Energy’s National Renewable Energy Laboratory in Golden, Colorado, about two years ago.

They were “intrigued,” since the demo used an automotive fuel cell, and automotive fuel cells behave much like diesel generators do, he explained. “It can turn on quickly. It can be ready for a full load within seconds. You can floor it, let it off, let it idle.”

Getting rid of diesel generators – also by replacing regular diesel with biomass-sourced synthetic diesel – is one of several directions Microsoft is exploring in its effort to mitigate its data centers’ impact on the environment. They were all summarized in a separate blog post Monday and also included liquid immersion server cooling (read our deep dive into the latest on that front) and grid-interactive UPS batteries, which balance the electric grid when there isn’t enough wind or solar energy.

The company announced its commitment to go carbon-negative by 2030 in January, meaning that by then, it would not only mitigate carbon emissions resulting from its ongoing operations but actively remove carbon from the atmosphere. Microsoft is aiming to remove more carbon than it’s emitted since its founding by 2050.

A lot of its messaging around data center sustainability, including all the innovative ideas being explored on the data center design front, seeks to convince corporate customers that by switching to its Azure cloud from their own data centers they would get a much more sustainable infrastructure.

Demand for sustainability throughout a company’s operations and supply chain has risen recently, with investors paying much closer attention to such things than before. In January, Larry Fink, CEO of BlackRock, the world’s largest asset manager, wrote in his highly influential annual letter to the world’s chief executives that a company’s future growth was tied to its ability to operate sustainably. He also announced that BlackRock would launch investment products that screen for fossil fuel and exit investments that “present a high sustainability related risk.”

Hydrogen fuel cells have recently gone down in price, and hydrogen is the most abundant element in the universe. Pure hydrogen gas is a clean fuel, but it’s not a source of energy -- it’s merely its carrier and today requires electricity to make. But researchers are exploring sustainable ways to generate hydrogen gas, such as biomass-derived liquid reforming, electrolysis, and biomass gasification, among others.

You also need a lot of hydrogen to power a data center, especially to power it for 12 to 48 hours, the standard run-time range for diesel generators installed at server farms. The three big-rig tank trailers pictured below, for example, supplied the hydrogen to power server racks in Microsoft’s experiment. 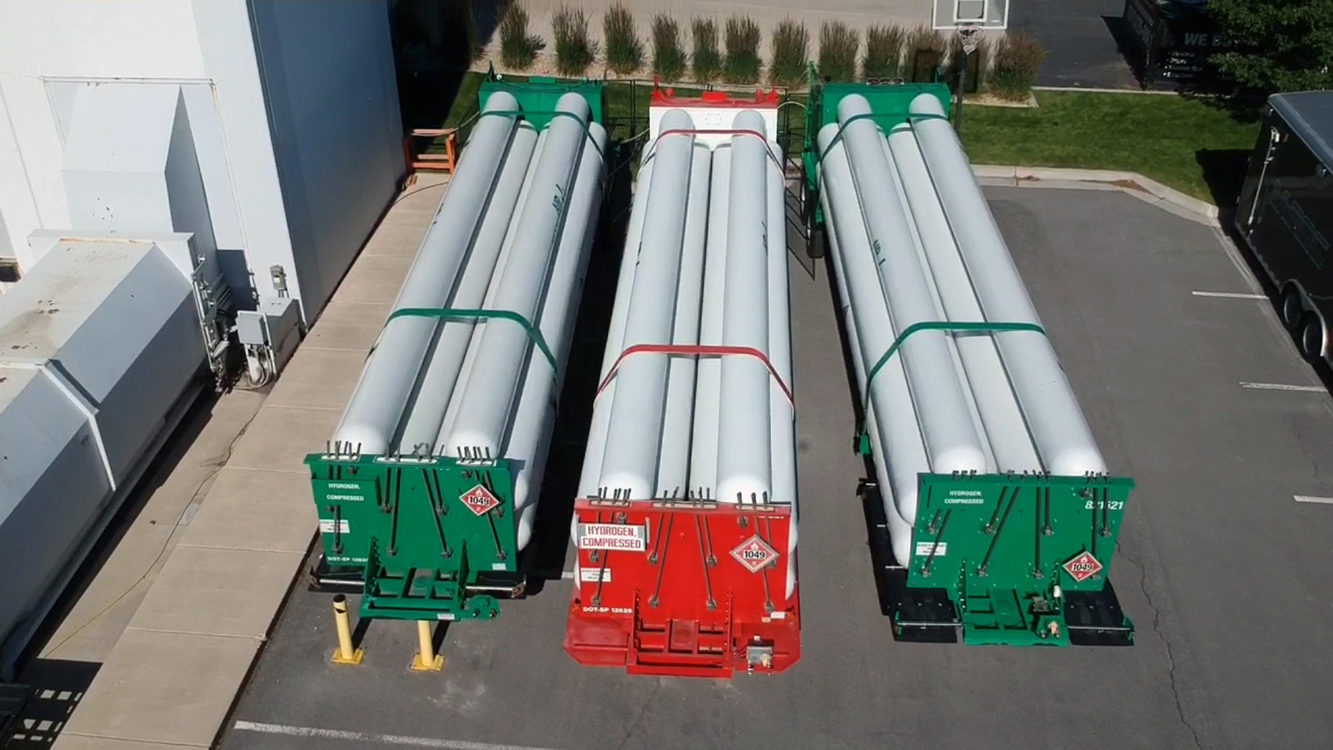 Electrolysis is a promising option, according to the Department of Energy. The process uses electricity to split water into hydrogen and oxygen using a device called “electrolyzer.”

One idea Monroe highlighted is to integrate an Azure data center backup infrastructure with the electric grid. There would be an electrolyzer converting water to hydrogen and a hydrogen storage tank on site. The data center’s fuel cells would generate electricity for the power grid to help balance it when there isn’t enough solar or wind energy being generated, since backup power is rarely needed for the data center itself. (In Microsoft’s case it's “less than one time per year,” Monroe said.)

Data centers could become fueling stations, where long-haul trucks would pull up to fill their tanks.

“All of that infrastructure represents an opportunity for Microsoft to play a role in what will surely be a more dynamic kind of overall energy optimization framework that the world will be deploying over the coming years,” said Lucas Joppa, Microsoft’s chief environmental officer.

“We very much see ourselves as a catalyst in this whole hydrogen economy,” Monroe said.

Monroe’s team’s next step is to procure and test a hydrogen fuel cell system with capacity comparable to generator plants at Azure data centers: 3MW.