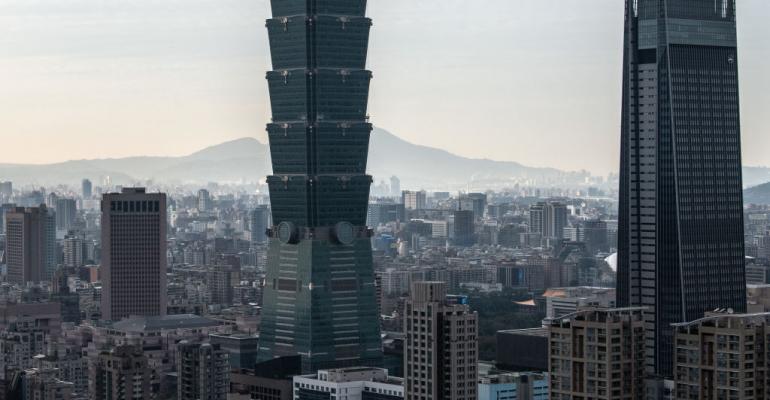 As China continues clashing with US on trade and tightens control in Hong Kong, the cloud giant plans a new strategic foothold in the region.

With trade tensions between China and US continuing, and with China’s new Hong Kong security law opening up the possibility of the territory eventually falling behind the Great Firewall, Microsoft Azure is turning to Taiwan for a new strategic foothold in Asia Pacific.

The company on Monday announced a plan to build its first Azure cloud data center region in Taiwan and turn it into a “key Asia operating hub,” Nikkei Asia reported. The company said it will work with Taiwan, one of the world’s largest hardware manufacturing hotspots, “to enhance the security of the electronics supply chain,” according to the report.

“Taiwan is a reliable partner to Microsoft as it has a complete information technology supply chain with resourceful talents,” Microsoft Taiwan General Manager Ken Sun said at a press conference in Taipei.

A US diplomat and executives from hardware manufacturers Foxconn, Wistron, and Acer also attended the event.

Microsoft already has Azure cloud data centers in Hong Kong and Singapore, as well as in Australia, China, India, Japan, and South Korea. Taiwan – where its rival cloud platform Google has built two data centers and planning a third one – will further expand the Azure platform’s capacity for serving the rapidly growing markets for cloud services across Asia Pacific.

In July Microsoft struck a deal with the Asian sports media giant ONE Championship, a Singapore-based organizer and streamer of mixed martial arts competitions across the continent. ONE will work with Azure to use its cloud tools to enhance its streaming experience with things like AI-powered recommendations and fan-behavior analytics.

Also in July the giant New Zealand dairy co-operative Fonterra signed a cloud deal with Azure. The company is planning to move many of its mission-critical operations from its own data centers to the cloud provider’s first data center region in the country. Microsoft announced the upcoming region in May but did not say when it expected to bring it online, explaining that was subject to approval from the country’s Overseas Investment Office.

Fonterra will be the future cloud region’s first major customer, according to Microsoft. The deal is part of Fonterra’s digital transformation push, which also includes agreements with SAP and HCL.

Among other things Fonterra wants the ability to analyze in real-time vast amounts of data collected from IoT sensors on farm milk vats and smart machines in its factories, the companies said. The dairy giant has been trialing a machine learning-based approach to detecting improperly sealed or faulty bags of powdered milk in its factories, for example.

In June Microsoft announced a partnership with NTT Data, a global subsidiary of the Japan-based giant NTT Corp., which will sell IT services to enterprise clients that combine the Azure cloud platform and software services with NTT’s own technology.

Besides the long-term trends of digital transformation working in favor of Microsoft’s cloud business, the COVID-19 pandemic has given it a growth boost in Asia Pacific, as it did in other regions. With businesses and government organizations relying more on remote work, it has seen big upticks in use of its Teams and Office 365 products.