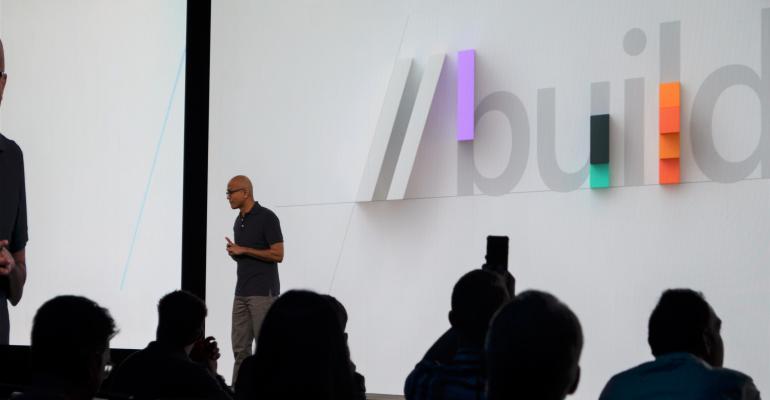 In what seemed like an inevitable decision amid all the COVID-19-related cancellations these last few weeks, Microsoft Build 2020 will not happen in May as scheduled, the Redmond-based company confirmed.

One of the remaining big in-person tech events planned for May 2020, Microsoft Build 2020, has been cancelled. It will be replaced by a virtual event according to a Microsoft spokesperson (via GeekWire):

“The safety of our community is a top priority. In light of the health safety recommendations for Washington State, we will deliver our annual Microsoft Build event for developers as a digital event, in lieu of an in-person event. We look forward to bringing together our community of developers in this new virtual format to learn, connect and code together. Stay tuned for more details to come.”

Microsoft Build 2020 was scheduled to be held at the Washington State Convention Center in Seattle, Washington from May 19-21. However, the state has been the focus of the largest outbreak of the COVID-19 virus in the United States, and recent restrictions put in place by Washington governor Jay Inslee prohibit gatherings of more than 250 people for the foreseeable future.

It is not the first of Microsoft’s events to be affected by the global pandemic; the company canceled its global Ignite tour events in Taipei, Taiwan; Shanghai and Hong Kong, China; Singapore; Zurich, Switzerland; Amsterdam, the Netherlands; Madrid, Spain, and Tel Aviv, Israel, and it canceled its annual MVP Summit.

Typically attended by approximately 6,000 software engineers and web developers, Microsoft Build 2020 is the event where the continued development of Windows 10 and various developer tools is the primary focus. This year’s event was expected to be particularly noteworthy because of last fall’s early look at Surface Duo and Surface Neo, Microsoft’s upcoming dual-screened mobile devices.

Back in February Microsoft laid out the future for these dual-screen Surface devices. Normally, Microsoft Build would be the company’s opportunity to go even more in-depth through deep dive sessions alongside developers building out their apps for these devices.

It will be interesting to see how Microsoft approaches the hardware side of Microsoft Build 2020. The event would have been a perfect venue to distribute either the new Surface hardware or devices from OEM partners so developers can do bare metal testing of their apps on this new form factor.

The last time Microsoft provided attendees hardware for development purposes was the HP Spectre x360 2-in1 at Build 2015 in San Francisco. Back then, the 2-in1 was itself a new form factor of hardware which incorporated a tablet mode thanks to the devices 360-degree hinge. The new dual screen devices from Microsoft and its partners represent the beginning of a new form factor for the Windows device market. Its success is very dependent upon developer uptake and use of the new development enhancements for dual-screen apps.

Bookmark our Microsoft Build landing page to stay up to date when the event begins.